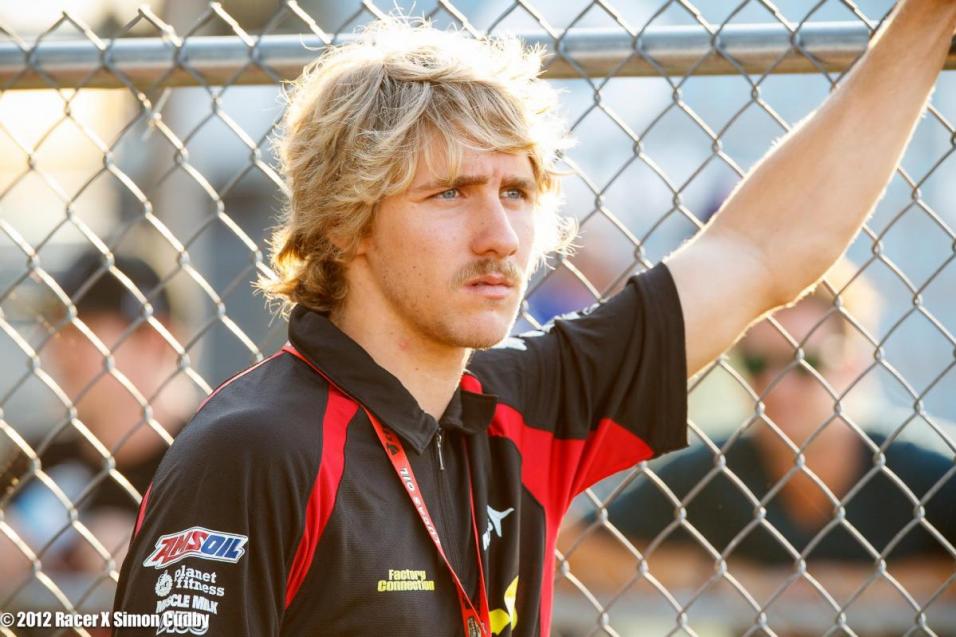 With temperatures slowly climbing into the triple digits round six of the Lucas Oil Championship kicked off in Buchanan, Michigan, at RedBud Track n Trail. With the two-week break now on the backburner the 250 Class would reignite the flame of the Nationals.

The “Big Five” of Justin Barcia, Marvin Musquin, Ken Roczen, Eli Tomac and Blake Baggett quickly showed why they are the cream of the crop as they quickly galloped away from the field. With Barcia out front early and Baggett stuck behind Musquin, Roczen and Tomac, a big points swing was on the horizon in front of the raucous crowd at RedBud.

Barcia was able to put some distance between himself and the field early but would quickly have company in the form of a hard charging Baggett. Using “Larocco's Leap” as his tipping point, Baggett, the only 250 rider to hit the “Leap”, quickly closed in on the KTM duo of Roczen and Musquin.

The six second cushion Barcia had built was quickly thrown away like an old rag doll as Baggett swarmed the GEICO Honda rider after getting around Roczen and Musquin. Barcia was able to hold Baggett at bay for an extended period, but on lap 13 Baggett was finally able to make a pass stick and race off with the moto one win.

The KTM duo of Roczen and Musquin battled all day with Roczen besting his teammate for the final podium spot. Tomac would finish a distant fifth after running with the leaders early. Wil Hahn, Blake Wharton, Kyle Peters, Gareth Swanepoel and Jason Anderson would round out the top ten.