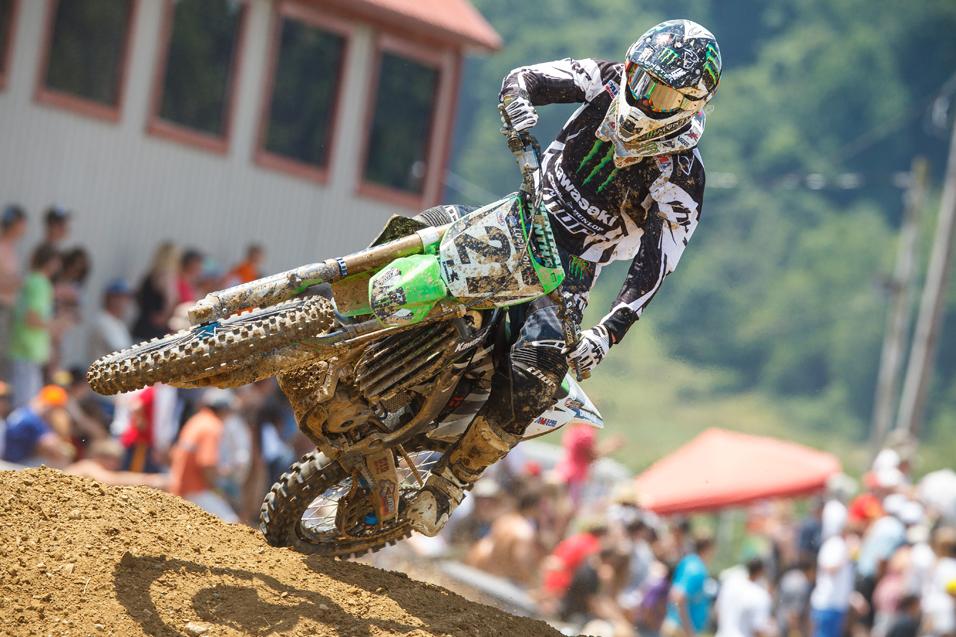 Feeding Frenzy
We’ve grown accustomed to the 250 class delivering some of the biggest race day thrills over the past several seasons, and the 2012 Lucas Oil Pro Motocross Championship has taken that trend to the next level with incredible battles involving guys like Blake Baggett, Ken Roczen, Eli Tomac and Justin Barcia. In four races we’ve seen three different winners, inspiring come-from-behind wins, and several last lap passes. Expect to see more heroics, intensity and hard riding from these four this weekend.

On the Verge
If you were to compare Roczen’s stats to those of Baggett, Barcia and Tomac, you’d be surprised to learn that Roczen is the only one of the three that has yet to win a moto. Roczen has led 27 laps, which is same number as Tomac, and four more than Baggett. His average position after one lap is the best of the group, and he’s pulled one holeshot, the same as Justin Barcia, and one more than Tomac and Baggett. Obviously, he’s right there in the stats, and he was heartbreakingly close to crossing the line first at Hangtown and High Point. Will this be the weekend that he finally breaks through for that seemingly-inevitable win? 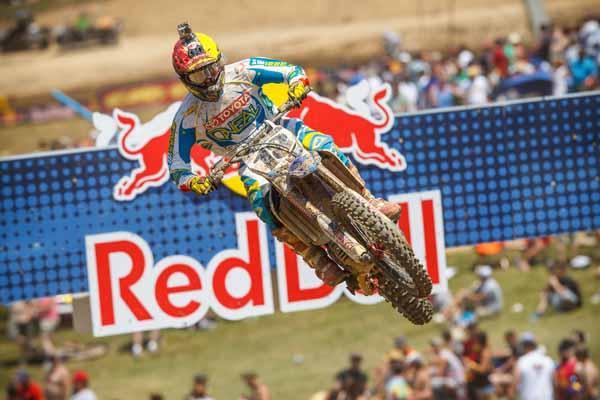 Back in the Saddle
Although Davi Millsaps returned to action at The FMF High Point National last weekend, by his own admission he was a little out of practice. “Everyone was in their groove and I was a little rusty from not riding a lot. I've only had three days, and really only one good day since Hangtown. The second moto went a lot better and I started getting back into the race mode,” Millsaps said after the race. He also mentioned that the internal injuries he suffered before Freestone are no longer bothering him at all. Now that he’s got a clean bill of health and has had some time to train and prepare, will Millsaps have the same speed he had at Hangtown when he held Dungey off for second place in the first moto?

Rebuilding the Dream
Over the last couple of seasons, injuries have kept GEICO Powersports Honda’s Wil Hahn from showing just how good of a racer he can be, but at High Point, we saw a glimmer of that when Hahn got off to a great start and held second place for ten of the first moto’s sixteen laps. It’s the best ride we’ve seen so far from Hahn, who is in the process of rebuilding himself. Knowing that he has the ability to run that pace could be just the confidence booster he needs to start putting in top five rides on a regular basis.

Change of Scenery
Despite going down in the second moto, High Point was one of the better weekends for Eleven 10 Mods rider Alex Martin, who got good starts and held down third place for four laps in the first moto. The Minnesota native says his style is more suited to the dirt and ruts of the East Coast tracks, which is something that showed at High Point. Now that Martin is entering his comfort zone, expect another good ride from him this weekend at Budds Creek. 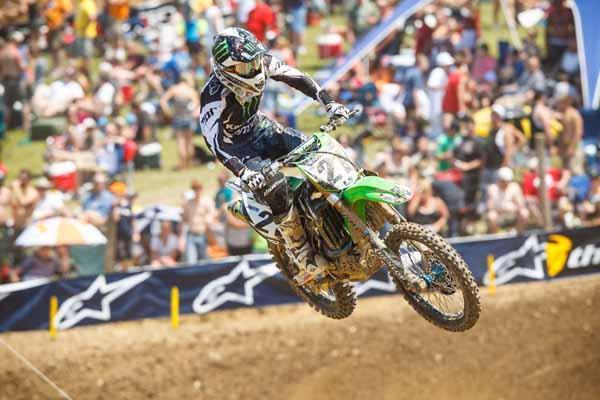 Weimer looks to continue his red-hot start to the 2012 season at Budds Creek.
Simon Cudby photo

Weimer Revival
One of the biggest turnarounds through the first four rounds of the Lucas Oil Pro Motocross Championship has come from Monster Energy Kawasaki’s Jake Weimer. Last year was a rough one for Weimer as injuries sidelined him for the majority of supercross and inconsistency plagued his 450 rookie season outdoors. One year later, Weimer has racked up consecutive podiums and through four rounds sits third in points—just three back of Mike Alessi. As the series heads east down I-70 Weimer returns to the place of his last National win—Budds Creek in 2009. Can Weimer continue his torrid start to the 2012 season in Maryland?

In Due Time
From the outside looking in, it would appear as if Brett Metcalfe is off to a slower than usual start to the Lucas Oil Pro Motocross Championship. But if you dig a little deeper, Metcalfe is actually on pace to match his fruitful 2011 season. Last year Metcalfe began the season with 5-4-8-6 scores. Correspondingly, 2012 has begun awfully similar for the Australian as he has logged results of 5-8-5-6 through four rounds. Will Budds Creek provide the spark for a mid-season run from Metcalfe?

Desperate Times
When Kyle Regal signed with Toyota/JGR Yamaha for the Lucas Oil Pro Motocross Championship, essentially replacing the departed James Stewart, many were predicting a career-year for Regal. But through four rounds of the championship the relationship has been a debacle. Regal has just one top ten and currently sits a disappointing 21st in points. But as Regal explained after High Point he is still trying to adjust to, yet, another bike change: “I’ve ridden a bunch of different bikes, seven or so in the last year; I just need time on the bike…” With a two-week break on the horizon Regal is looking for a good result at Budds Creek to carry some much needed positive momentum into the layoff. 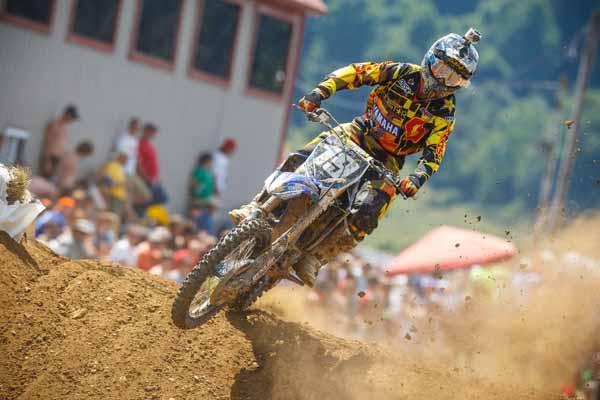 Soldiering On
Injuries have wrecked havoc on Rockstar Star-Valli Yamaha Kyle Cunningham’s 2012 season. A small fracture in his wrist slowed Cunningham during supercross, and then he was dealt another blow at opening round when he injured his ankle. Adding insult to, yet another, injury Cunningham crashed hard in practice at High Point and injured his hand. He soldiered on to ninth overall at Mt. Morris but has yet to show flashes of his remarkable 2011 season due to compounding injuries. The two-week break should provide Cunningham an opportunity to lick his wounds, but with Budds Creek still to play can the Texas native push the pain aside and capture another top ten?

Runaway Freight Train
Since James Stewart’s crash in the first moto at Thunder Valley Ryan Dungey has promptly gone 1-1-1-1, bringing back memories of his dominant 2010 season. Mike Alessi gave a valiant effort at High Point, but ultimately came up short of challenging the runaway freight train that is Ryan Dungey. Will Alessi, Weimer, Short and the rest of the 450 class be able to slow down Dungey at Budds Creek?