‘Home’, for me, is in two countries. I really like Florida. I’d been to Orlando a few times before and I just like the climate and having the water close by. I moved there because it seemed a bit like paradise. I also have something in France because it’s where I’m from and where my family is. I don’t have what you might call a ‘traditional’ home really because we travel so much for racing and riding. When I’m in France I like to hang around Marseille. It is the city where I was born and if you are from there – in the south – then you have you own identity and dialect. It’s a special place.

When I was growing up it seemed like the faster riders from France came from the south. I’m not really sure why but perhaps it’s to do with the weather and being able to ride whenever we want and having some good tracks around. Marseille is next to the Mediterranean Sea and there are some great coastal roads and coves to hang out by the beach. It is super-nice. I like the sea and messing around on jet-skis and boats. I love riding Enduro as well and that kind of ground and location is perfect for some great times on the bike. 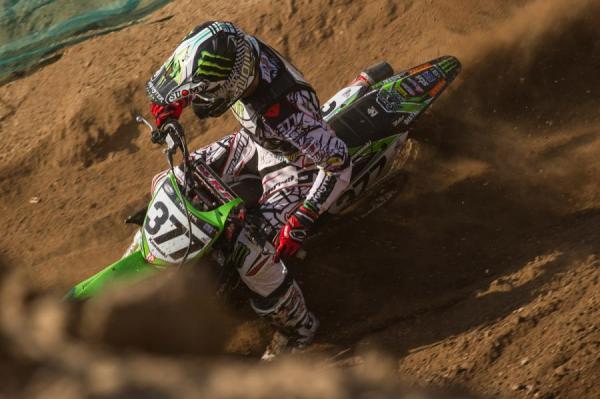 I wish I could say French girls were the best around but I moved to Belgium when I was fourteen years old for the better part of five years and then to the USA for three years so I wouldn’t know so much! I think the USA wins on that one! My girlfriend is American, we’ve been together two years, and she lives next to my house in Orlando; I find the girls from that area are different to others I’ve met in America. They don’t seem too fazed by what you do or how much money you have and I really like that. I don’t really go for the super-sexy, ‘trophy’ girl. My style is brunette and natural, no make-up and brains!

When I first went to the US I had to go to California and that’s normal for the job. I was renting a house and in the beginning it was great but after a while I found the place to be a little weird! I don’t know why, just less friendly I guess and very different to areas I’d lived in before. I tried a few different places like Vegas and then Orlando and in the end loved it there. Vegas was OK but just a bit too hot and dry for me – natural I guess being in the desert!

I had an agent at the time who was helping me look for a place to live and didn’t have any luck so I searched myself and found something on a website. It was a plot of land with a track that was for sale and then I bought the house 200 metres away. A few months later Matt Boni brought the house right next door and then even later in the year Villopoto bought Langston’s old ranch, which is not too far away either. So it’s funny how a little MX community has started to grow up. My neighbours are cool people. When I was in the process of buying I went to ask them if it would be OK to ride through the week and then take it easy on the weekend so I wouldn’t bother them and they were fine with that. One of them has a lot of deer on his property and he was like ‘don’t worry they’ll get used to the noise’! I made sure the track was right at the back of the property so I wouldn’t find any coming across the whoops! They stalk the fence actually. I found out that one of those animals can cost up to 30 grand!

I can’t be in Orlando much at the moment of course so my girlfriend’s parents check-in on the house from time to time. It has a big backyard so it needs some care. In the beginning we spent a lot of money to get a life set-up there, but when I go back now the upkeep is not too expensive. You can also spend a lot on your racing in the U.S. but you get to a point where you don’t need to layout out something like 100,000 dollars on a trainer because you know the routines and what needs to be done. 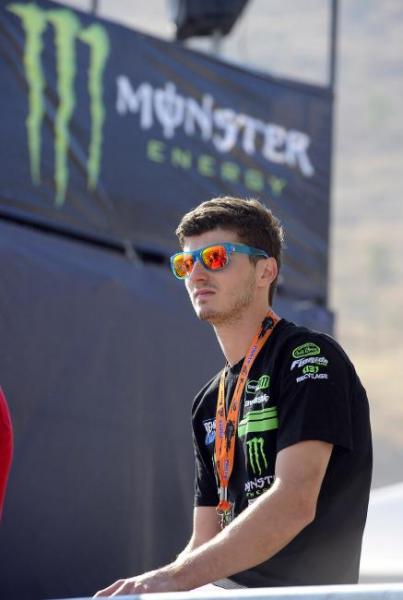 There is a Paris-Orlando direct flight, seven hours, and that makes it not too much hassle to get over but I know if I have a break in the schedule in Europe then I can head back for a week and just spend the whole time sorting stuff out; so it is big and busy trip if I’m not going to be there for long.

Coming back to France was a big change because I had nothing in Europe at that time. I arrived and wondered what to do with myself. After a while you get busier and busier and then the days get so full so quickly. At this current time I feel ready to return to ride and work in the U.S. but then also ready to stay and do another year of MX1; it depends on where the best situation lies.

In Europe my friendship with JJ [Jean-Jacques Luisetti, Floride Monster Energy Pro Circuit Kawasaki team manager/owner] is very important. I’ve known him since I was a small kid. We almost did a deal together when I was sixteen-seventeen and just about to be world champion, something got in the way and I headed in another direction but I had the impression that JJ is someone I can trust and there is not many people you can find like that. Finally I was able to talk with him again last year and I knew I could rely 200% on what he said. To have the right people around me is so important for racing. I’ve been doing this for quite a long time and I’ve already won championships so now it is about finding the right place with good people and it is not so easy to get that combination. Even if I could have a lot of money riding somewhere else I prefer to have the bike, the people and the atmosphere of a special team and that can be hard to come by. 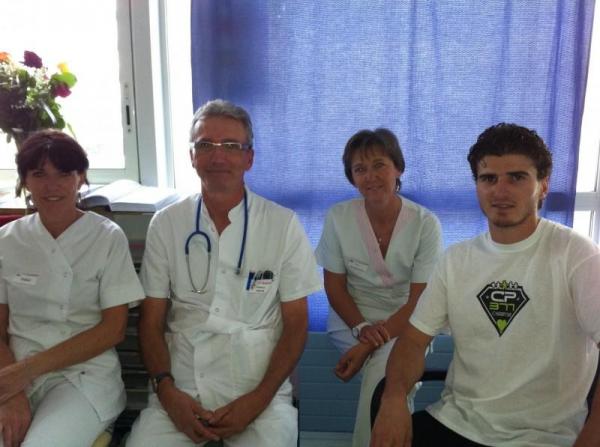 I didn’t really have this mentality when I was younger and even straight after my serious crash and injury in Ireland in 2007. When you are seventeen or eighteen you don’t really care about the bike or anything else, you just want to get out there and race but when I went to the U.S. I found life a bit harder and had stomach problems and formed my priorities at that stage. I care more about my career now and who I have become in the public eye. I’ve changed and I appreciate more the fans and people that love the sport. Many people come to races and I love it when I can interact with those that follow me and I can see what a good reaction it gets. So I try to post things on my facebook all the time and I think we will make three special videos to show the inside world of the Grands Prix and the life of a professional athlete.

Being back in France meant that I also got to start my CP377 Charity Day idea. There wasn’t any time to do it in the U.S. and when I spoke to JJ he was really supportive. I just wanted to help kids. I talked with the Motoclubs involved and then I started to organise everything to host track days where people would pay to come along and ride with me. The fans and riders can buy food and merchandise at a good price and then we give all the proceeds to a local children’s ward of the hospital close to me at Martigues. We’ve done three days now and the visit to the hospital to deliver the cheque was really nice. We made some photos and I gave some t-shirts away. We saw some prematurely born twins that were so small and so cute. It was nice to know that with the money we gave that the staff there can get some small things done like repainting some walls and maybe buying Playstations for the kids. I know what it is like to spend a lot of time in a hospital so I wanted to do something and I hope we can do more Charity days this year.