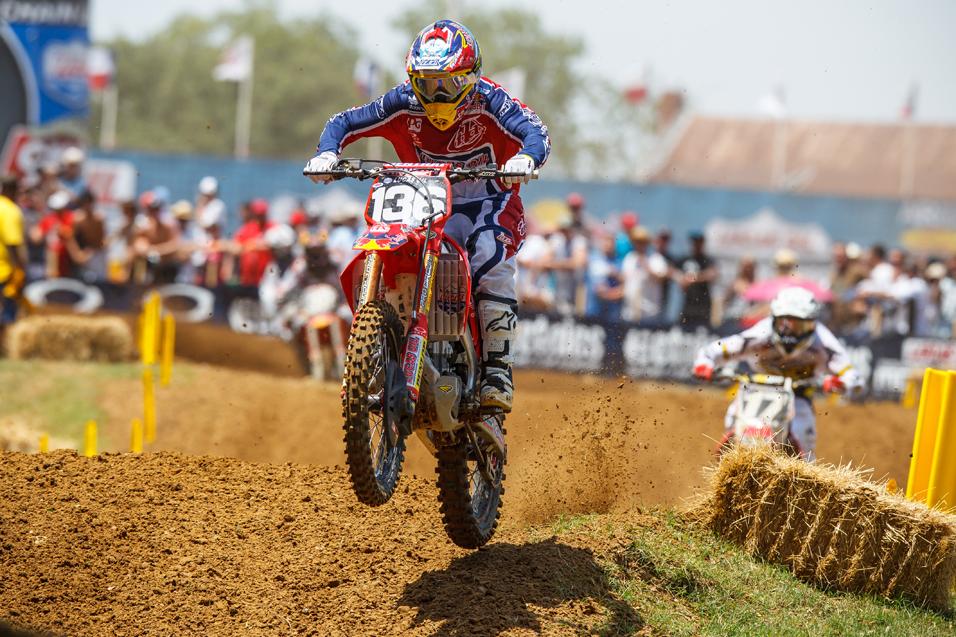 By: Aaron Hansel and Chase Stallo

Tomac Attack
After watching the dominating way in which Eli Tomac handled the competition at Freestone, a track that has been his nemesis in the past, it’s difficult to believe that it’s been two years since his last outdoor win, but it has. By going 1-1 in Texas, Tomac logged his first National victory since Hangtown of 2010. The standout performance will no doubt serve as a confidence booster for Tomac, and now that the series is headed to Thunder Valley, Tomac’s home state race, the rest of the 250 field could be in for yet another thrashing this weekend.

Don’t Call it a Comeback. Yet.
Since Nico Izzi has yet to finish a race without crashing in at least one of his motos, we can’t exactly say he’s gearing up to battle for wins or podiums just yet. However, there is no denying that Izzi is finally starting to give us glimpses of the kind of rider we thought he’d be when he came out of the amateur ranks a few years ago. At Freestone, Izzi briefly led the first moto before getting passed by James Stewart and Ryan Dungey, who simply put, were riding at another level. Izzi then held down third place for ten laps before eventually finishing in a very respectable fourth place behind Factory Kawasaki rider Jake Weimer. In the second moto, Izzi was putting in another great ride in fourth place, until he tangled with a hay bale. Will Izzi keep it on two wheels in Colorado and put the Star/Valli Rockstar Yamaha in the top five? 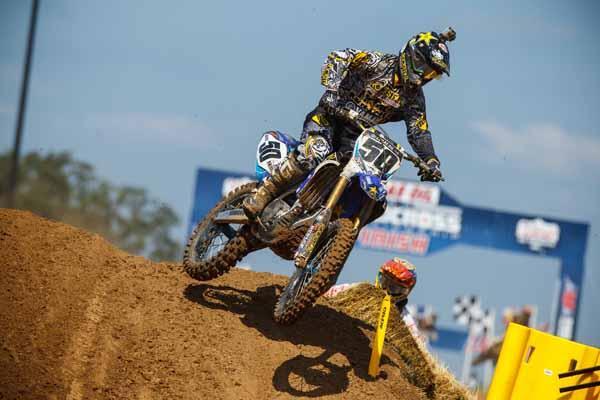 Can Izzi make a run at a top five at Thunder Valley?
Simon Cudby photo

Underwhelming Performance
Justin Brayton is turning heads this season, but not in the way he’d like. While Brayton wasn’t at the top of the championship radar coming into the 2012 Lucas Oil Pro Motocross Championship, he was certainly expected to finish better than nineteenth and thirteenth at Hangtown and Freestone, respectively. We’ve seen Brayton ride much better than this in the past, so his abilities aren’t in question. The question is, will Brayton figure things out and right the ship this weekend at Thunder Valley?

Mile High Mayhem
At around 6000 feet of elevation, Thunder Valley is easily higher than any other stop on the circuit. The majority of racers aren’t acclimated to this type of elevation, and going hard for 30+2 in the thin air will no doubt prove to be quite a challenge for many of them. Further complicating matters is the fact that the altitude robs a significant amount of power from the bikes, which forces riders to adapt to an unfamiliar power delivery while simultaneously dealing with the effects the altitude has on their bodies. Perhaps there is something to the remarkable streak set forth by Monster Energy Pro Circuit Kawasaki, the team that has won every single 250 race here since Thunder Valley started hosting a National in 2005. Maybe Team PC has a secret for the altitude? And, in general, who will best deal with Thunder Valley's unique challenges and emerge victorious?

The Roc Show
No, we’re not talking about catching a concert at Colorado’s nearby stunning Red Rocks Amphitheatre, we’re talking about Ken Roczen, who despite putting in some great rides so far, has yet to score a moto win. Unfamiliarity with the tracks certainly plays a roll in Roczen’s results, but that won’t be as big of a factor this weekend. Roczen raced at Thunder Valley when the MXoN took place there in 2010, and he did quite well, taking sixth in the MX1+MX2 race, and third in the MX2+Open race—by far the best of any MX2 (250cc) pilot at the event. Will Roczen use his past experience at Thunder Valley to take the first win of his National career? 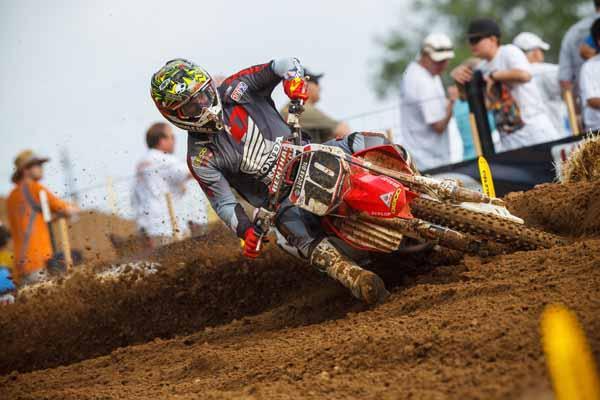 Justin Brayton looks to rebound at Thunder Valley after a rough start to the begin the Nationals.
Simon Cudby photo

WMXing It Up
Lots of eyes were on Australian upstart Meghan Rutledge in Texas, after she won a moto at Hangtown. Could she consistently mix it up with usual favorites Ashley Fiolek and Jessica Patterson? Well, she rode well at Freestone, battling with both as well as Tarah Gieger, but ultimately Patterson and Fiolek went back to their old 1-2/2-1 type of moto results. Mad Meg will try again this weekend.

It’s Been a While
For DNA/JWR Kawasaki’s Josh Grant the return of the Lucas Oil Pro Motocross Championships to the thin, glorified air of the Rocky Mountains and Thunder Valley Raceway will mark a homecoming, of sorts. While Injuries have beset Grant the past two seasons, the California native seems to be building towards his old form after a fifth overall at Freestone. With the series heading back to the site of his last moto win in 2010, can Grant rekindle the flame in the thin mountain air?

Guns and Roses
Missing all of the 2011 Lucas Oil Pro Motocross Championship after undergoing surgery to repair injuries to both shoulders, Rockstar Energy Racing Suzuki’s Blake Wharton is beginning to round into form after a rocky opening moto at Hangtown. Since his 16th in the opening moto Wharton has strung together three consecutive top-six finishes, including a third after leading much of the second moto at Freestone. Will it be a Paradise City for Wharton at Thunder Valley or will his streak Live and Let Die? 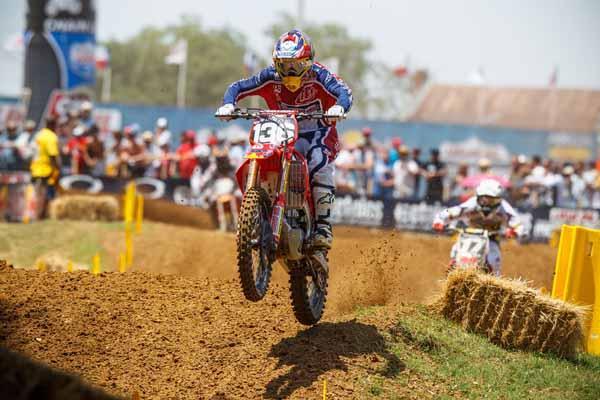 Nelson looks to continue his hot start to the season at Thunder Valley.
Simon Cudby photo

Full Nelson
Derailed by injuries Troy Lee Designs made a call to the bullpen, bringing up amateur phenom Jessy Nelson just days before the 2012 Lucas Oil Pro Motocross season opener at Hangtown. After quietly finishing 16th overall in his pro debut Nelson emerged from the shadows at Freestone. Now with the spotlight directly on his shoulders can Nelson continue his torrid start to his professional career at Thunder Valley?

Going Green
With reigning champion Ryan Villopoto sidelined for the season with a torn ACL and his replacement, Tyla Rattray, situated firmly beside him on the injury list the weight of Monster Energy Kawasaki sits squarely on the shoulders of Jake Weimer. Staring the challenge head on at Freestone, Weimer collected his first career outdoor podium with a third in moto one. A first turn crash in moto two would halt his chances at an overall podium, but Weimer dug deep to charge back to sixth. Consistency plagued Weimer during supercross, but he can erase those bad memories with another podium performance at Thunder Valley.