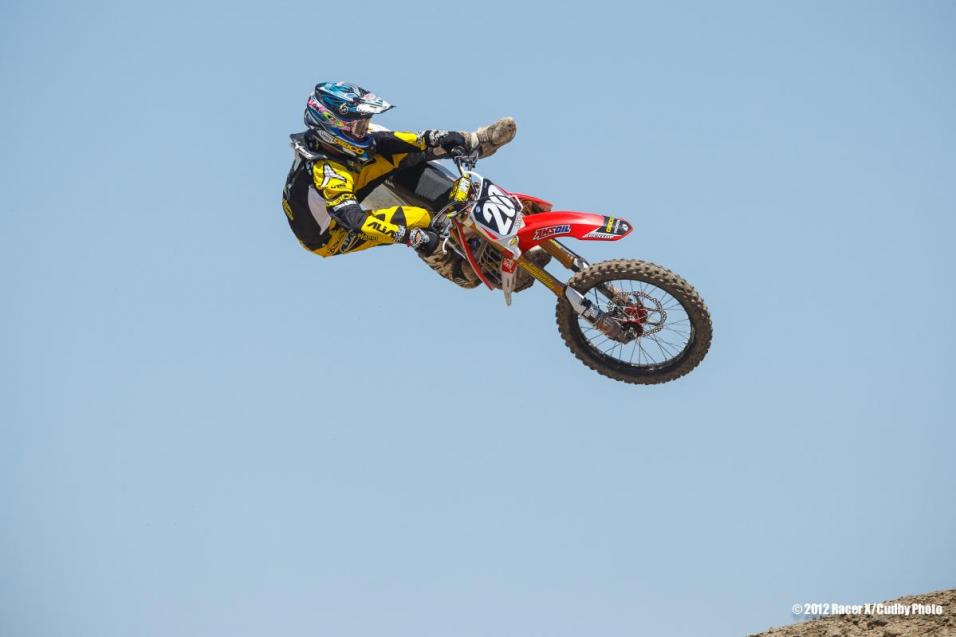 Advertisement | Advertise with Us
Hangtown Motocross Classic Rancho Cordova, CA Hangtown Motocross Classic Lucas Oil AMA Pro Motocross Championship
I’ve always been a big fan of the 250 class. The mix of young riders and a smaller bike that demands to be ridden more aggressively makes for great racing. Always has. The 2012 Lucas Oil Pro Motocross Championships will be no exception so lets take a quick look at the top players in the class as we ramp up for the Hangtown opener this weekend.

Last year the Monster Energy Pro Circuit Kawasaki team absolutely owned the series. They won something like 23 out of 24 motos and grabbed every overall on the way to the title. It left many of their competing teams doing, as GEICO Honda Team Manager Mike LaRocco called it, “the walk of shame” back to the pits every weekend. This year could be much different. Tyla Rattray has moved to the 450 class, defending champion Dean Wilson is nursing a questionable shoulder, Darryn Durham is hurt and Blake Baggett has had a very off year so far. The team has acquired Ivan Tedesco to step in and help out but will it be enough? 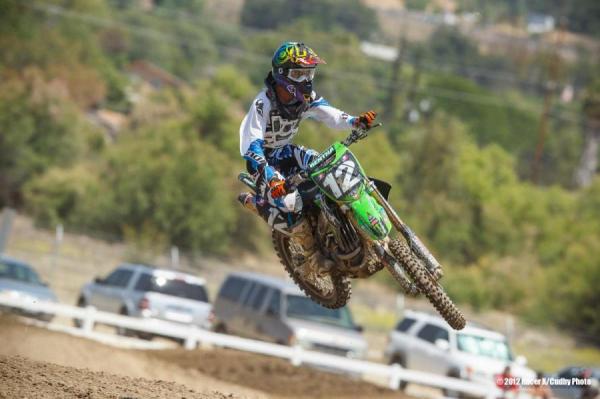 With Rattray having moved to the 450 class, and Wilson and Durham nursing injuries, Pro Circuit is hoping Blake Baggett can push for a title.
Simon Cudby photo

Frankly, I question Dean’s decision. He’s already won this title and 2013 will be a big year for him as he could be moving up to the 450 class or staying down to try and win the 250 SX title that has eluded him. Either way, if he fixed his shoulder now it would be 100 percent ready to go next year. If it gets aggravated later in the summer and he fixes it then he’s looking at getting a very late start with his 2013 preparations.

Blake Baggett has crazy speed outdoors; we know this. Last year it seemed to come and go at random and even Blake didn’t know how to keep it switched on. His supercross season was disappointing, so he is going to come out this weekend with guns blazing. Can he do it for 24 motos this year? I’m not even sure if Blake knows that. Tedesco hasn’t ridden a 250 in a lot of years. He is a former national champion and some say he will be a contender to win races. I think Ivan might find it a little more difficult after eight years on the big bike. I think he forgets how crazy the kids are! Hot Sauce is a hard worker though and after a few rounds he could find himself in the mix. This will be an interesting experiment to watch.

The GEICO Honda team is looking good right now. They have two new supercross titles in their truck and a couple of the early favorites in this championship. I am picking Justin Barcia to win this championship because it is his last chance to do it. He is healthy and has zero pressure since his deal is already signed with Honda Muscle Milk on a 450 for next year. He will be a player. Eli Tomac is their other heavy hitter and Eli has surprised me outdoors. I thought he would shine in the motocross realm but after his Hangtown debut in 2010, where it looked like he would live up to that expectation, he has been quietly running inside the top ten. I think this is going to be a good year for Eli and I expect he will be a podium regular all summer. Justin Bogle had a couple good rides last summer and if he can keep his inside foot on the peg when he jumps he’ll have a great series this year. This kid has speed he just needs a little experience. He will get it this summer. Wil Hahn just needs to stay healthy. If Wilbur can keep himself together and pull a bunch of his usual holeshots he will set himself up for a solid summer as well. 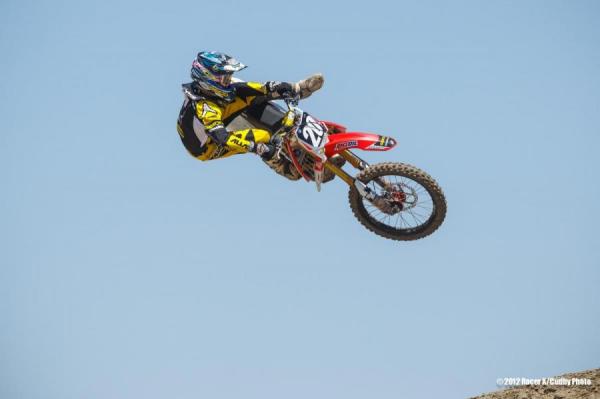 The KTM duo of Ken Roczen and Marvin Musquin is a bit of a mystery. Roczen didn’t have the supercross series many expected him to after coming in late with an injury. And Marvin looked great early in the nationals last year and again this supercross season until injuries derailed his momentum. So, where will they fit in? I think Musquin is going to be a front-runner as the series gets going. When the tour heads east to the softer, rutted tracks he will feel right at home and find a spot on the podium consistently. If you are building a fantasy team and need a sleeper, this is your guy.

Roczen might have an adjustment period here. He was already struggling with the travel schedule during the supercross series and that was flying into big cities! Wait until he has to climb on two different puddle jumpers and then rent a car and drive 90 minutes to get to Unadilla. Plus, the heat and humidity is something he’s not had to deal with before. Will somebody please explain to Ken how hot it’s going to be in Texas please? Still, Ken is crazy fast and he will have his good races.

Those are your major players but there is a group of riders who will be pushing their way into the mix and fighting for position with those guys every weekend. Malcolm Stewart, and PJ Larsen have the speed to be well inside the top ten, and so does their teammate Matt Moss whenever he returns (the team announced today he will miss some races with a health problem). The Star/Valli Yamaha team has some talented riders, particularly Kyle Cunningham who shines when the racing goes outside. I would also keep an eye on Jason Anderson, Blake Wharton and Martin Davalos who could all step up and be players this summer for Rockstar Suzuki. Each one of those riders has the speed to run up front. How bad do they want it? We’ll find out this weekend. 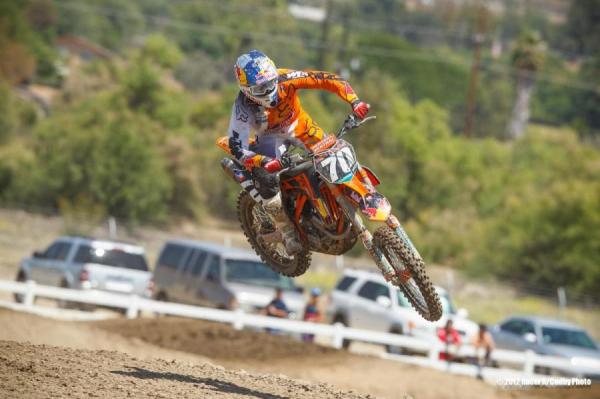 There are also some rookies making their debut. Kyle Peters is competing in his first full season of racing. Getting pulled up early to join the Troy Lee Designs/ Lucas Oil/ Honda team is their amateur recruit Jessy Nelson. Nelson has been on fire at the amateur nationals so far this year winning a handful of championships. He could be a surprise this weekend.

I’m sure I haven’t covered every rider so be sure to head to Hangtown this weekend or tune in to see how the racing unfolds. Good luck to all the riders and let’s get this series started!