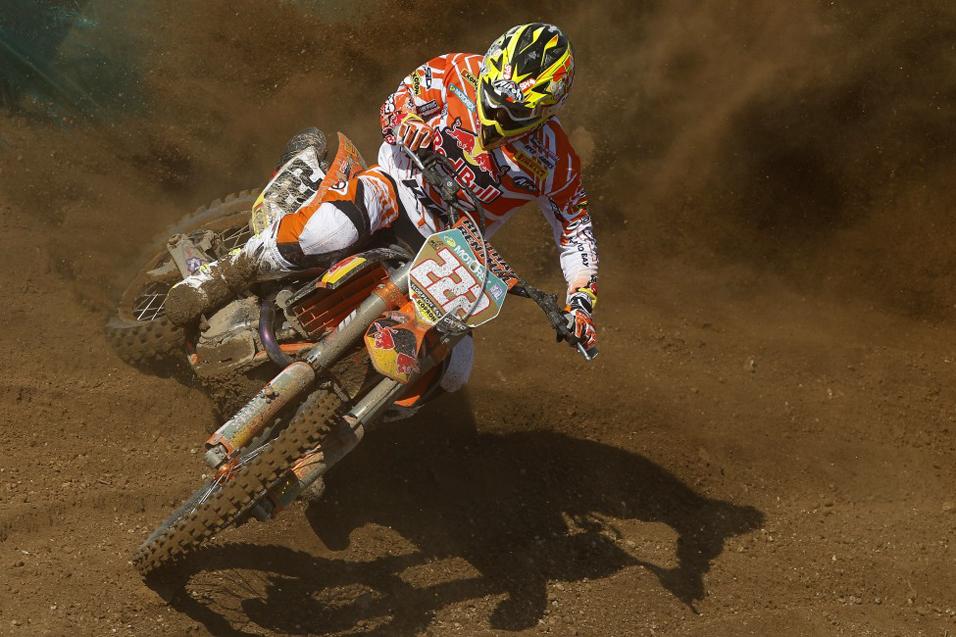 Hovering under a cloud of controversy stemming for all but two GP regulars (Max Anstie and Michael Leib, who actually wasn't even a regular when the GP tour began this year) sitting out Saturday’s qualifying races due to poor track conditions and safety concerns, the inaugural Grand Prix of Mexico in Guadalajara was dealt a breath of fresh air on Sunday. The quartet of Antonio Cairoli, Christophe Pourcel, Clement Desalle and David Philippaerts put on a great show in the MX1 class breathing life back into a race that, for a moment, was in dire straights.

With a 1-1 sweep of the MX2 class, Jeffery Herlings continues to distance himself from archrival Tommy “Gun” Searle. Herlings now holds a commanding 40-point lead over teammate Jeremy van Horebeek, with Searle 41 points back. It’s early in the game, but if Searle hopes to capture the World Title that has continuously escaped him he needs to begin to apply the pressure to Herlings.

An already deep MX1 field got a little deeper in Mexico. David Philippaerts, whose career seemed in flux after breaking both wrists last summer, relegating him to seven months off the bike, pulled off the improbable in Mexico—winning moto 2 in a definitive battle of wills with Desalle, Pourcel and Cairoli.

We’ll touch more on the racing below; in the meantime let’s move onto the lap charts to see how it all broke down.

After an uninspiring start to the season in the sands of Valkenswaard, a resurgent Christophe Pourcel resurfaced. A second in Bulgaria followed by his first Grand Prix overall since 2007 in Italy saw Pourcel catapult back into the thick of the championship. Another win from Pourcel at the Grand Prix of Mexico may have finally begun to shake the seemingly unflappable Antonio Cairoli. But it was not to be.

Pourcel lead early in moto 1 but was chased down by Cairoli and Clement Desalle, and then had to retire with four laps remaining after his rear wheel grabbed a chunk of green fencing. That resulted in a 16th and a costly blow in the championship standings.

An old fashioned slugfest played out in moto 2. Pourcel led early but again would get  pressure from Desalle, Cairoli and a new challenger—Philippaerts. The four would go blow for blow until the final lap, with Philippaerts outlasting Desalle for the win. Cairoli took third and the overall. 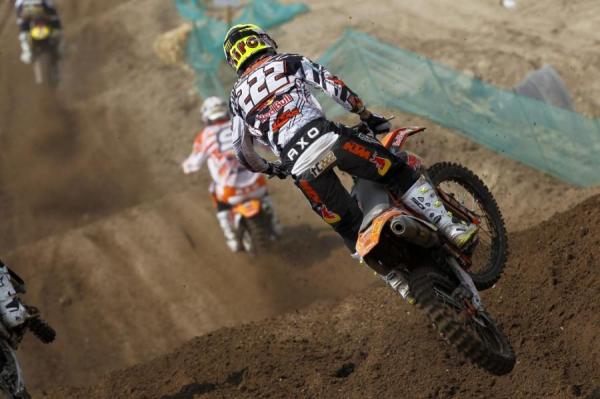 It was the Jeffery Herlings show in the MX2 class. The Dutch phenom cruised to a 1-1 performance, extending an already comfortable points lead. Meanwhile, a huge mistake early in moto 2 would cost Tommy Searle any chance at the overall. The Brit would fight back to finish second but was never a challenge to Herlings. Already 41 points back of Herlings, Searle can ill-afford another costly mistake this weekend in Brazil.

Returning to action after a horrid crash in Italy, Joel Roelants picked up right where he left off. Roelants soldiered to a fourth overall in his return, but left an impression by putting down his fastest lap of moto 2 on lap 18. 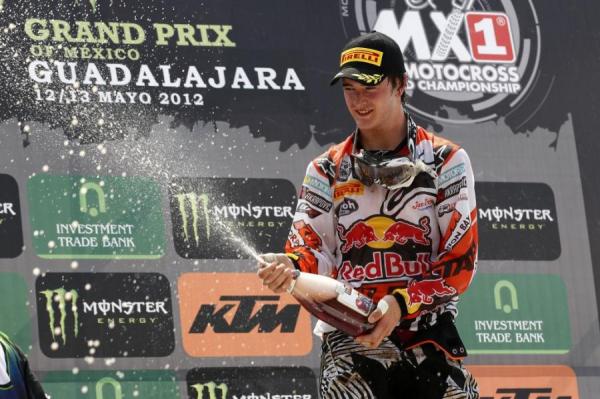