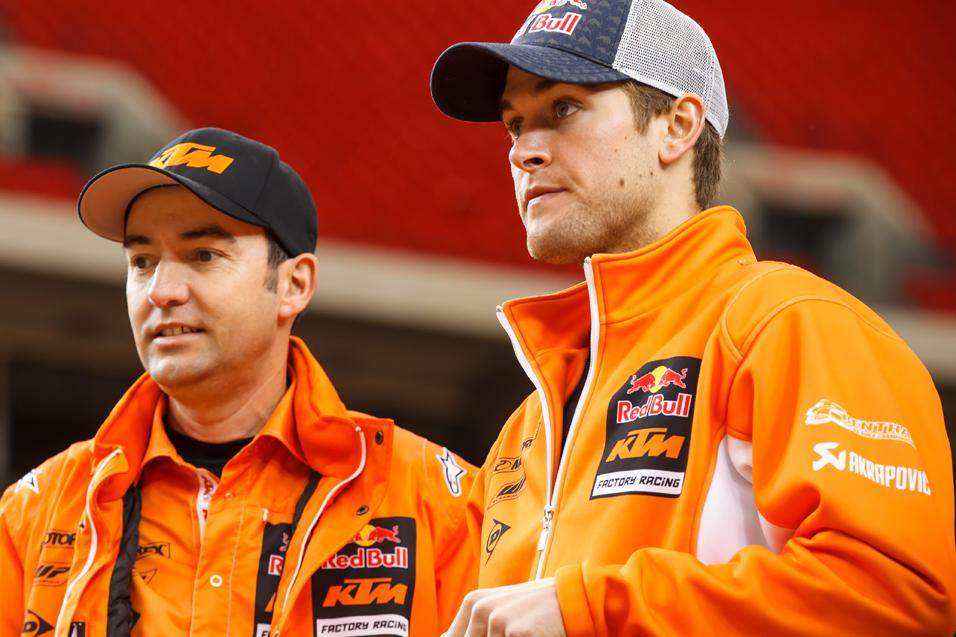 
Pro Circuit VS. GEICO Powersports
The Pro Circuit gang has already seen their championship hopes slip away in the Eastern Regional Supercross Lites series, but with Dean Wilson leading Eli Tomac by two points out west, Mitch Payton and the boys still have a very real shot at taking home a regional title in 2012. Remember, the Barcia/Tomac combination had PC on the ropes on both coasts last year, until Broc Tickle snagged the West title at the last moment. This time, both Tomac and Wilson have no choice but to bring the heat, as only three races remain in the series, and a bad night for either rider could spell disaster. Will either rider get significantly closer to the title in Seattle, or will Cole Seely edge them both as he struggles to get back into the championship picture?

The Elements
There’s always a threat of precipitation in Seattle, and this year is no different. According to weather.com, Seattle is scheduled to receive rain all week, with showers predicted for race day. Although the supercross title has already been decided, the wet weather still has the potential to shake things up. Will guys like Justin Brayton, Davi Millsaps, Jake Weimer, Ryan Dungey or Andrew Short be able to use the muddy conditions to their advantage and put an end to Ryan Villopoto’s winning streak? 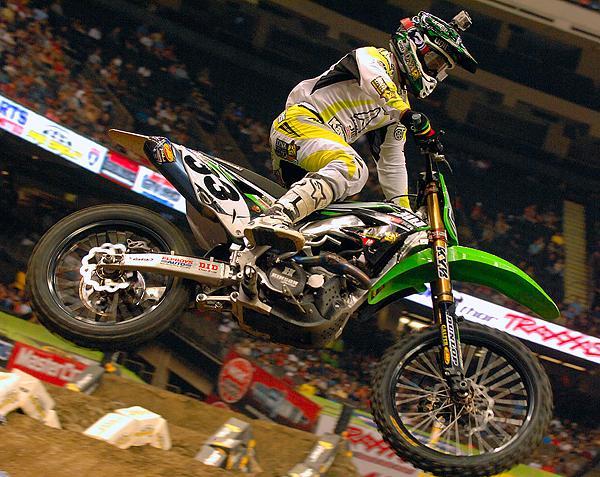 Grant looks to build off his first podium since '09 in Seattle.
Carl Stone photo

Taken For Granted
It’s been a very long time since we’ve seen Josh Grant standing on a podium, indoors or out, but that all changed when he earned second place with his outstanding performance in New Orleans. We’ve seen Grant put in mercurial performances in the past, and it’s going to be interesting to see if he’s got more magic in the bag this weekend in Seattle.

Feast or Famine
For Jake Weimer, who DNF’d in New Orleans, last weekend was definitely a valley in what has been a season chock full of high highs and low lows. How high? Three podiums. How low? Two DNFs and one DNQ. What does Seattle hold for Weimer; the thrill of success, or the sting of defeat?

Blose Back
After going through therapy to deal with an avulsion fracture, bone contusion and slight labral tear suffered at the L.A. supercross, Chris Blose is planning on returning to the track this weekend. After being off the bike for so long, Blose can’t be expected to set the world on fire in Seattle, but since he has yet to secure a ride for the Lucas Oil Pro Motocross Championship, Blose has no choice but to push as hard as possible right out of the gate in the hopes of landing employment this summer. Can Blose get the results he needs, or will the wet forecast put a damper on his weekend?

Faithful Fill-In
Rookie Gavin Faith has taken the road less traveled to being his pro career. The Iowa native competed in the now-defunct Australian Super-X Series last year to prepare for his pro debut, with varying amounts of success. He then had a brief stint as a fill-in rider for GEICO Honda when Wil Hahn went down with injury. When the West Region took its two month hiatus Faith headed east to take a run at the Supercross class as a privateer. Now Faith will fill-in for the injured James Stewart under the JGR/Toyota rig for, at least, Seattle and Salt Lake City. Will Faith be able to make the quick transition to the Yamaha and capitalize on a golden opportunity? 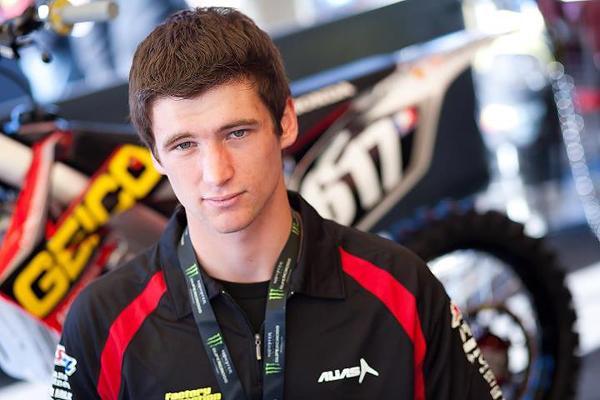 Gavin Faith will fill-in for an injured James Stewart this weekend in Seattle.
Andrew Fredrickson photo

Aussi, Aussi, Aussi
When we last left the West Region Lites series Matt Moss and J-Star JDR KTM were celebrating the team’s first podium appearance. After a tumultuous beginning to his career in the U.S. with factory Suzuki, Moss has been a bright spot for the Australian based KTM team in 2012. Currently five points back of Nico Izzi for fifth in points (Izzi will finish the season in the Supercross class) Moss’ career resurrection stateside is on the upswing. His team needs a boost after Malcolm Stewart and PJ Larsen were unable to hit the box on the east. After a long layoff will Moss be able to pick up where he left off and be a thorn is the sides of championship hopefuls Wilson, Tomac and Seely?

Rock-zen the 350
Before Ken Roczen suffered a broken arm during pre-season testing, Roger DeCoster and KTM’s master plan was to have both Roczen and Marvin Musquin race West Region Lites and then have the duo contest the East on the 350. Obviously those plans never came to fruition for Roczen. Now that the East Region has closed its doors until the season finale in Vegas, Roczen will make his 2012 Supercross debut in Seattle. With Musquin having already shown success in his brief stint on the 350, and with Roczen being no strange to the three-banger—he raced the 350 last year at Houston and Daytona—expectations are not nearly as tempered as they were last season. 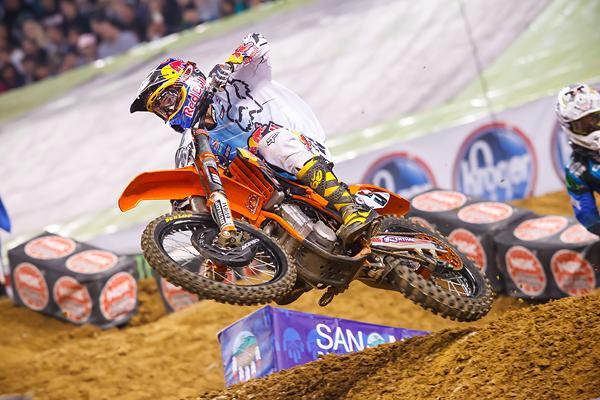 Home Cooking
All the adjectives, nouns, and verbs in Webster’s Dictionary have been used to describe the run Ryan Villopoto has been on the last year in a half. It’s been so methodical that it’s easy to overlook and concentrate on the drama that surrounds the rest of the series. Although the series has been on wraps since Ryan Dungey left with a shoulder injury, Villopoto returns to his roots this weekend and you better believe the Washington native wants to serenade the home crowd with a W. Can RV continue his remarkable run or will the rest of the field spoil the homecoming party?

A Breath of Fresh Air
Late yesterday, KTM officially announced that Ryan Dungey would return to Monster Energy Supercross in Seattle. To be quite honest, it couldn’t come at a better time. With the championship on wraps and no one really providing a legitimate threat to two-time champion Villopoto, Dungey’s return provides a much needed refueling to a series that was running on empty. The move also provides a chance for Dungey to get three full races under his belt before the beginning of the Lucas Oil Pro Motocross Championship. If Dungey, who is still enveloped in a battle for second in points with Davi Millsaps and Justin Brayton, recovers quickly, he can still get second, which would mark a solid debut for Red Bull KTM’s revamped big-bike effort.