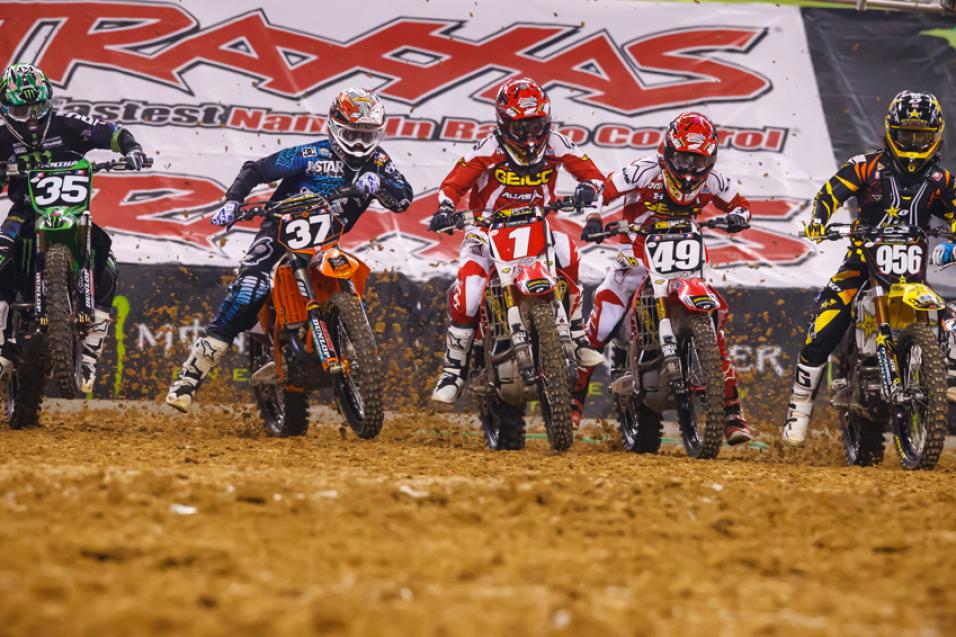 The Breakdown Matt Walker on the Details

Hello, everyone! Hope everyone is enjoying an awesome spring break. I know my family and I are enjoying our new track/ home away from home.  I wanted to start this column by saying, "I told you so" to all my doubters. Did I not say coming into ATL that "Mudflaps" [Davi Millsaps] was about to turn it on. I also said Ken Roczen would be turning it on as well. I was right on both counts.  The guy [Millsaps] has it. Always has and always will. He just has to showcase it better, which he has.

On sad note, an old friend, K-Dub, had a horrific crash and I hope he feels better. I want to pay homage to Kevin by showing his picture first. (FYI, it’s never a good thing to ask a rider a rhetorical question on camera right after he has just had a season ending injury. Just saying)

This first picture is a thing of beauty. K-Dub has this holeshot dialed. As a rider, off the start, you know that turn you’re going into is flat and hard, but you still have to be as fast as you can. This is where your technique has to be spot on. 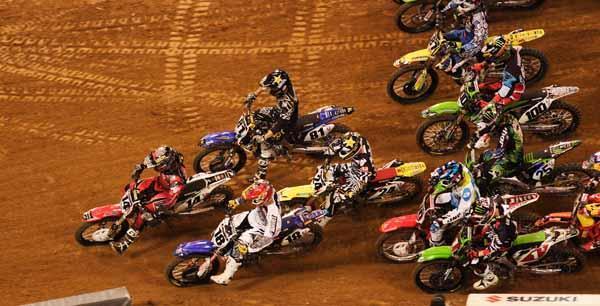 YOU CAN STOP THE BIKE BETTER, FASTER, AND WITH MORE CONTROL SITTING, NOT STANDING! It fires me up when people say you need to stand when braking! That's so twenty years ago, and it isn’t true. Have you ever seen a pro rider stand off the start going in the first turn? NO. The reason being is because when you stand and brake, gravity pulls you forward, which makes the back end high and puts all the weight on the front tire. In turns, this makes the front want to knife and the back end dance. I do these drills all the time and sitting always wins over standing. The rider is better controlled when he is braking while sitting.

Now back to the picture. K-Dub is perfect. Here's why.  Look at his head, it’s not over the bar pad, its back—which allows the leg to be high and straight. Look at his hips, see how there pointing forward towards the tank. Now look at Kiniry (#81). See how he’s sitting. He's more upright than Windham. Now look at his leg; it's near the ground. You want your hips forward and shoulders back. Just like Kevin is showcasing in this picture.

I want to break down this to show line selection. This picture was clearly taken within the first Lap of the race. Hence how close everyone is. The early laps are when great riders can juke and jive and make good passes, while others just dive! It's all about making wise decisions with line selections and seeing the pass happen before you make it happen.

First I want to talk about AJ Catanzaro (#93). He's not jiving, he's diving. His line just can't work here. He's either trying to protect himself from getting passed or he is trying to cut under and make a pass. Either way, it was a dive, while the riders to his right are riding around a berm with constant momentum. He on the other hand is on flat ground. This kills his momentum and allows the riders behind him to close the gap.

Look at Kyle Cunningham (# 19). Textbook block pass. He goes for the BP early in the turn. You should always do it before half way. After half way and the rider is too committed. 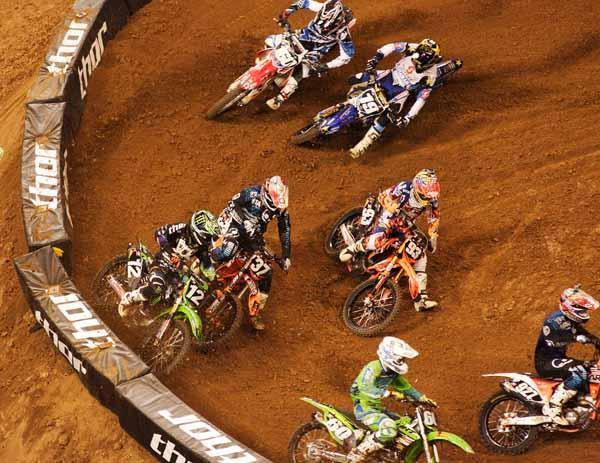 Let's take a quick look at gate selection. I've touched on gate selection before in this column, but in case you missed it; I basically said that the more inside you line up the safer you are—it’s very risky to line up on the outside, especially in supercross because of the short starts.

Millsaps clearly has the start. As soon as realizes it, he quickly starts fading left to shut down other riders and also to control the turn. He has to be careful not to miss the inside of this turn. If he does RV will creep underneath and steal the holeshot.  RV, as you can see, is second off the start. The inside is safe. Yes, we know. But depending on how tight the turn is, it’s very easy to get hit from behind. Although

Ryan reaches the turn first on the inside he has to make sure he doesn't get hymned up. If he does the riders behind him will definitely bump him. He has to hit his mark going into this turn. If he gets too wide everyone will cut underneath. 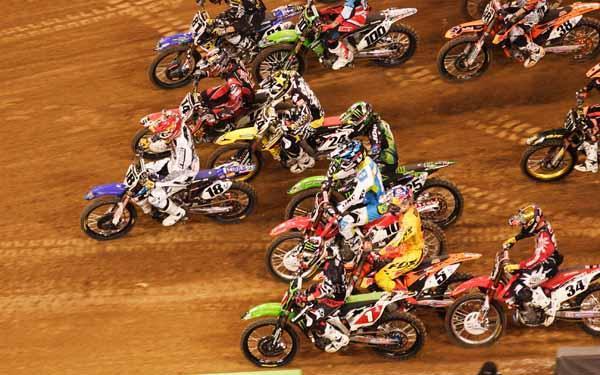 I just wanted to say this in closing, so hopefully a Lites rider will read this column and learn this. Supercross is a game of chess. You methodically have to outsmart your competition and wait until the right time to make your move. You cannot make a pass if you’re not close enough. Duh, right.

Well look at the picture below. Look at Phil Nicoletti (#715). He can't make a pass unless someone crashes, but he can definitely loose time by this line choice. He's not close enough to block pass, yet he goes for it as if he is. All this does is kills his momentum, letting everyone behind him catch him and everyone in front pull away. You have to be smart and know when and where you’re going to make your move. If you’re in a section that you can't make a pass, then WAIT and stay close until you find a spot where you can. Remember it's like chess! Set them up! 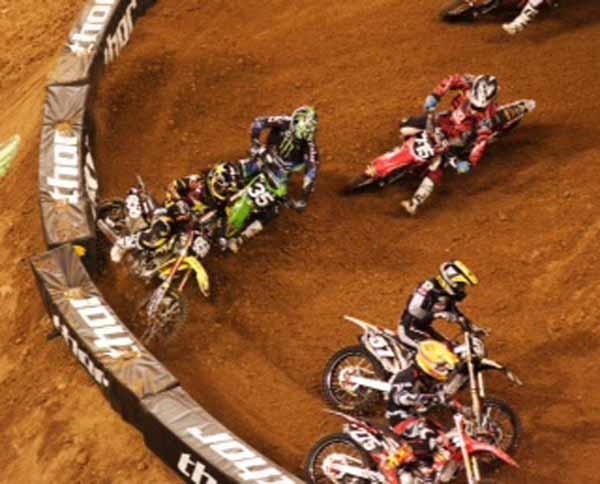 Happy Easter! From my family to yours,