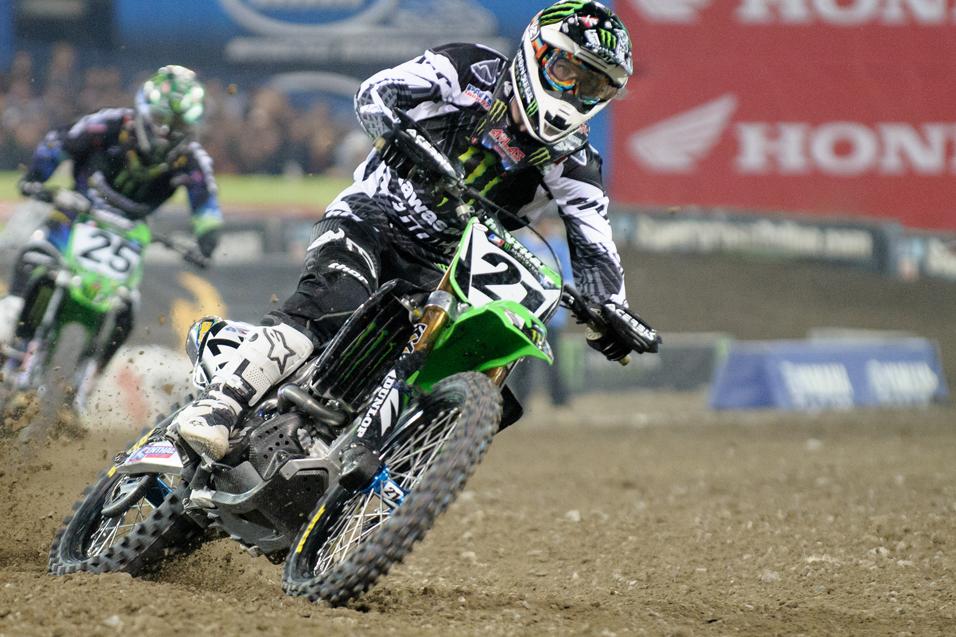 “I think the most frustrating thing right now, other than I should have had a podium, is that it’s unbelievable to me that some people make the main event and just roll around,” stated a dejected Jake Weimer to SPEED’s trackside reporter Erin Bates during last Saturday’s broadcast.

Weimer would later state on twitter that the comments made to Bates were in general and not specifically referring to his incident with BTOSports.com’s Matt Goerke.

“FYI. My comment I made on TV had nothing to do with my problems I had on the track. I made a bad decision and got passed. I was just generally speaking,” stated Weimer via Twitter.

After missing all but two races last SX season (Salt Lake City and Las Vegas) with a broken wrist suffered during off-season training, Monster Energy Kawasaki’s Jake Weimer entered 2012 looking to put his name back on the map. Weimer was quick to prove any doubters wrong as he secured his first career SX podium at round two in Phoenix. One week later Weimer jumped out to an early lead in L.A. before coming together with James Stewart. He would go onto finish 11th that night. 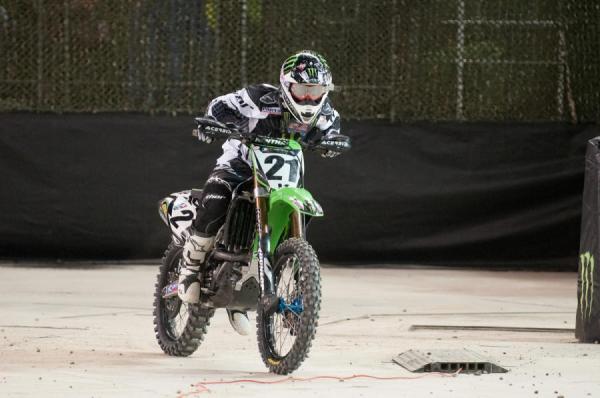 Weimer working his way back onto the track in Toronto.
James Lissimore photo

Weimer’s ups and down have continued, with highs of podiums (Dallas) and lows of missing the main (Indy). He’s run up front a few other times only to end up a victim of hard passes. Weimer looked to be rejuvenated in Toronto. He finished second in his heat to teammate, and current points leader, Ryan Villopoto, and was in prime position for his third podium of the year, when The Moment happened.

Coming out of the whoops section Weimer was looking to cut underneath lapper Matt Goerke to line up for the rhythm section, but Goerke had the same idea, and line choice. Weimer got held up and was unable to complete the rhythm section, allowing Kevin Windham to make the pass for third. Then in a lapse of concentration Weimer sailed through the next turn and flew off the track -- costing him another position.

It’s hard to put a number on such things, but one could easily say Weimer has spent the majority of the season riding very well, with several small incidents costing him dearly in the results column. But in racing, it’s usually those small moments of trouble that add up to be very large in the end.

“It’s frustrating,” Weimer would go onto to say during his interview with Bates. No doubt it is, but at least Weimer is still healthy, leaving him with another opportunity this week to right some of the wrongs.