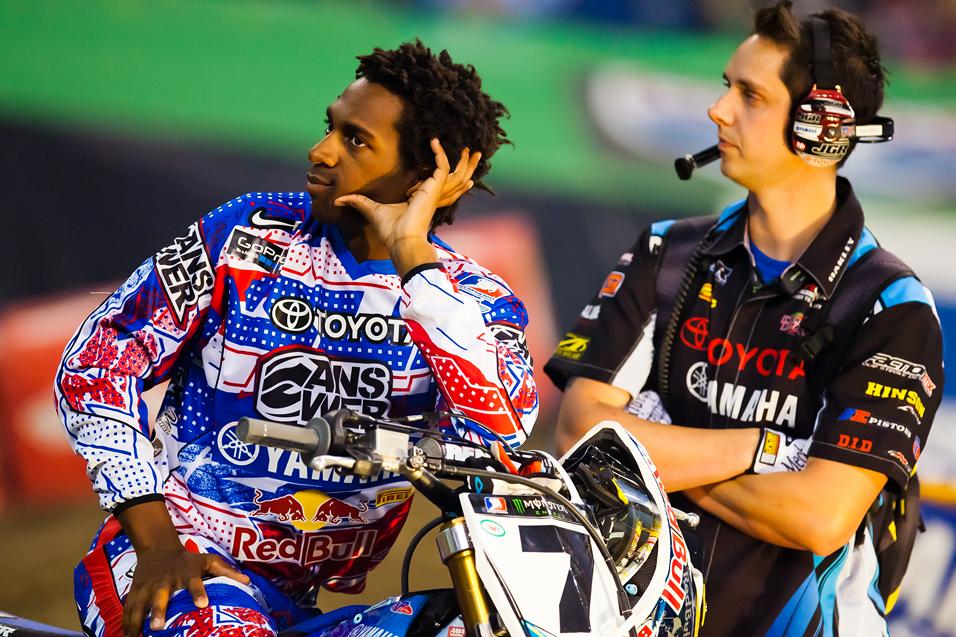 James crashed in his heat race last week and was run into by a few other riders (who had nowhere to go). He looked to have hurt his leg, but everything turned out fine except his head, where he took a good bump. As on Thursday the team was not sure if he was racing, but Friday morning it was announced he is out for Toronto. 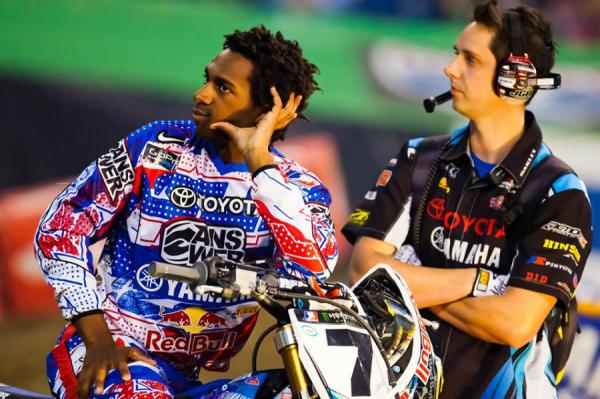 JS7 will be sitting out for Toronto.
Andrew Fredrickson photo

Josh Hansen - Hurt Ankle and Knee
Comment: It was originally thought that Hansen’s ankle was twisted, but Hansen found out before Indianapolis that he does have a small fracture. Then he twisted his knee in Indy practice. He’ll sit out Toronto and try to race Houston.

Kyle Chisholm – Shoulder
Chizz crashed in the Indy main and tweaked his right wrist and left hip, and also hurt his shoulder. He's going to tough it out and race this weekend in Toronto. 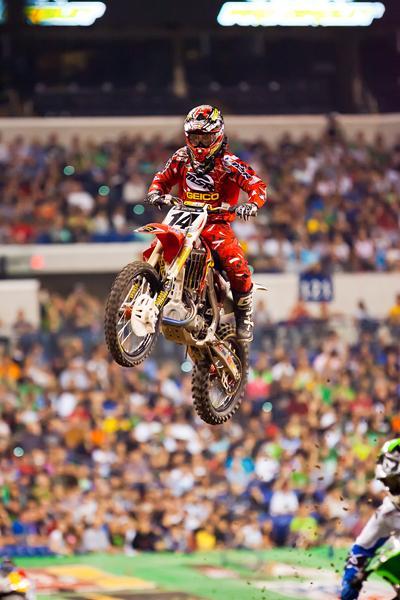 Kevin Windham – Back
Windham tweaked his back during a crash last week with Mike Alessi in the main. He went through several days of therapy during the week and plans on racing in Toronto.

Kyle Cunningham – Wrist
Kyle crashed hard in Indianapolis and will sit this weekend’s Toronto race out. The bigger issue is a small fracture in his wrist incurred at the East opener in Dallas.

Nick Wey – Hematoma
After a big crash in his Indianapolis heat race, an initial CT scan indicated no hernia for Wey, but he has a hematoma and some bruising. Still day to day, not racing Toronto. 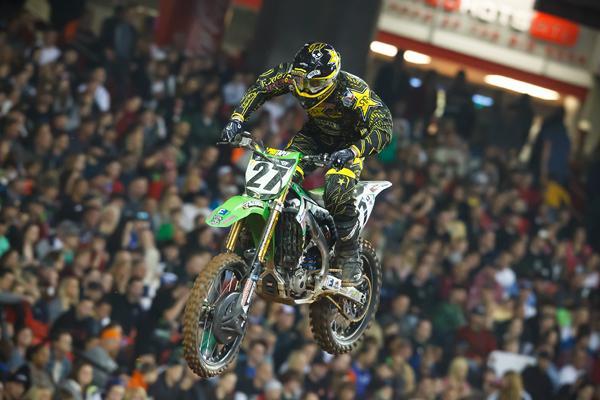 Mr. Consistency won't line up for Toronto, but hopes to be back soon.
Simon Cudby photo

Ryan Dungey - Broken Collarbone
Comment: Dungey underwent surgery last week to repair the damage sustained in a crash prior to St. Louis. Dungey is expected to be sidelined for four to six weeks, and at this time it is unknown whether or not he will race the last few races of the supercross season.

Kyle Partridge - Cut Foot, Broken Toe and Broken C3 and C4 Vertebrae
Comment: Partridge had a run-in with the over/under bridge during practice in St. Louis, which resulted in several injuries. Partridge, who has full movement of his limbs, underwent surgery to stabilize his neck last week. Currently, there is no timetable for his return.

Austin Stroupe - Cracked Collarbone
Comment: Stroupe had a big crash in Dallas, and was forced to undergo surgery for an injured collarbone. Stroupe is recovering in Northern California, and is hoping to return to racing in Houston. 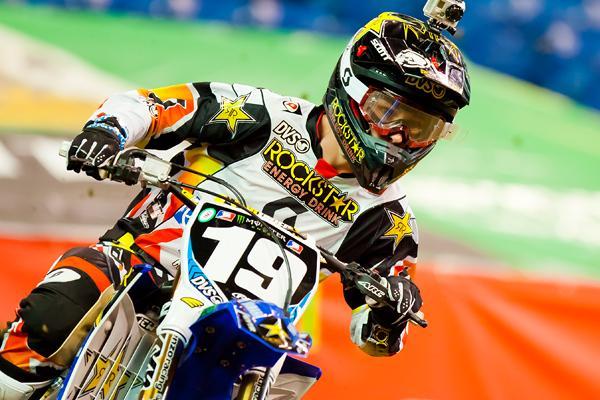 Cunningham is sidelined after a string of crashes.
Andrew Fredrickson photo

Justin Starling -- Starling was the replacement for Gannon Audette, but now he will be out for the rest of the supercross season with a torn ACL.

Andrew Short - First Degree Separation of AC Joint
Comment: Short was injured after going down and getting run over on the start of the San Diego supercross. Short participated in practice in Dallas, but the pain was too great to race. After undergoing therapy, Short has begun riding again.  We will not see him line up this weekend in Toronto.

Heath Harrison - Dislocated Hip and Torn Spleen
Comment: Harrison made his return at Indianapolis and qualified for the night show in the SX Class.

Tyla Rattray
Comment: Rattray suffered a concussion and a fractured C-7 vertebrae in his heat race in Oakland. Rattray will spend some time recovering, at which time his injuries will be reevaluated.

Ivan Tedesco - Broken Finger
Comment: After getting landed on in L.A., Tedesco hopes to return to racing in Houston.

Josh Hill - Broken Tibia
Comment: Hill suffered a broken tibia (lower leg) in his first turn crash at A1. The injury is not related to Hill’s previous leg injury that kept him away from the races last year. Hill will not race Toronto but he is on the bike and hopes to try racing in Houston.

Wil Hahn - Fractured Right Hip
Comment: Hahn is all healed up and ready to go racing. He makes his return in Toronto on the factory Honda Muscle Milk 450 (as a replacement for Trey Canard. Cole Seely returns to training for West Region Lites).

Wilbur will be back on big bike this weekend.
Simon Cudby photo

Michael Byrne - Broken nose and C-6 in Neck
Comment: After spending several weeks in a neck brace, Byrne’s recovery is going well. Byrne was planning to get back to riding this week but an illness kept him off the bike. He’ll be back on it soon!

Taylor Futrell - Badly Broken Collarbone
Comment: Futrell underwent surgery for the injury, and has resumed riding. He will be racing this weekend in Indianapolis.