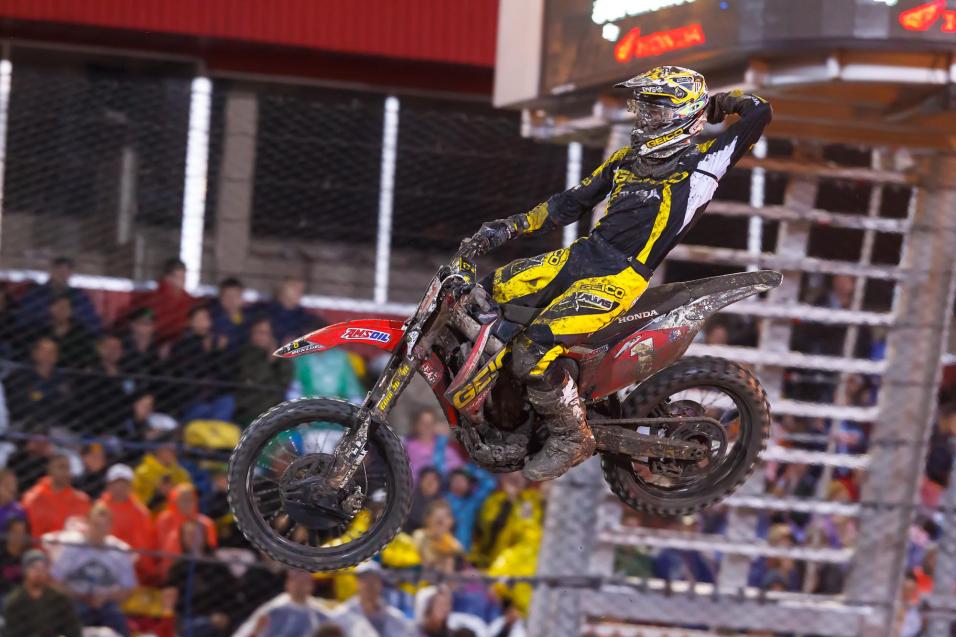 Advertisement | Advertise with Us
Daytona International Speedway Daytona, FL Daytona Monster Energy AMA Supercross Championship
In the 26-and-a-half year history of the Lites (and before that 125) class racing in Monster Energy AMA Supercross, there has only been a single undefeated season. In 1998 Pro Circuit Kawasaki rider Ricky Carmichael won all every round in the East Region, and then punctuated with one of the wildest whips of his career at the old Pontiac Silverdome. Since then, neither James Stewart nor Chad Reed, not Ryan Villopoto nor Trey Canard managed a perfect run in the Lites class.

Last night GEICO Honda’s Justin Barcia headed toward the halfway mark in his quest to match Carmichael’s rare feat, managing a start-to-finish win in the rain-shortened Lites main at Daytona International Speedway. It was another reminder that Barcia has become a smart, well-rounded racer who is showing the confidence to become an eventual player in the premier class. 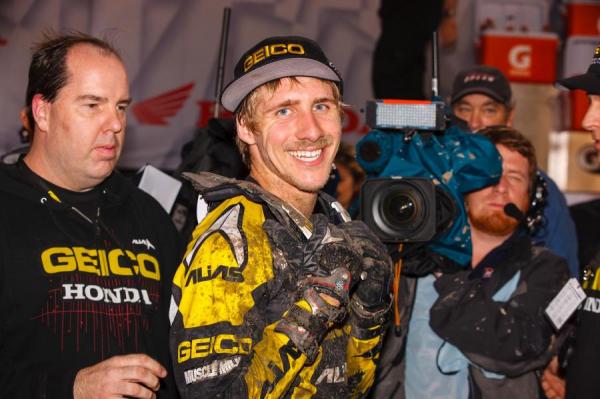 But there’s still a long way to go. Monster Energy/Pro Circuit Kawasaki teammates Blake Baggett and Darryn Durham both have it in them to beat Barcia, but he has yet help them out by making any serious mistakes, or even getting a bad start. The same can be said for Red Bull KTM’s Ken Roczen and Rockstar Energy Suzuki’s Blake Wharton: They are certainly talented enough to win one of these East Region mains, but putting it all together has been a different story.

Barcia, on the other hand, has been spot-on in all four main events so far. Dallas, Atlanta, St. Louis and now Daytona are all checked off. We may be watching history-in-the-making with Justin Barcia’s excellent East Coast effort.