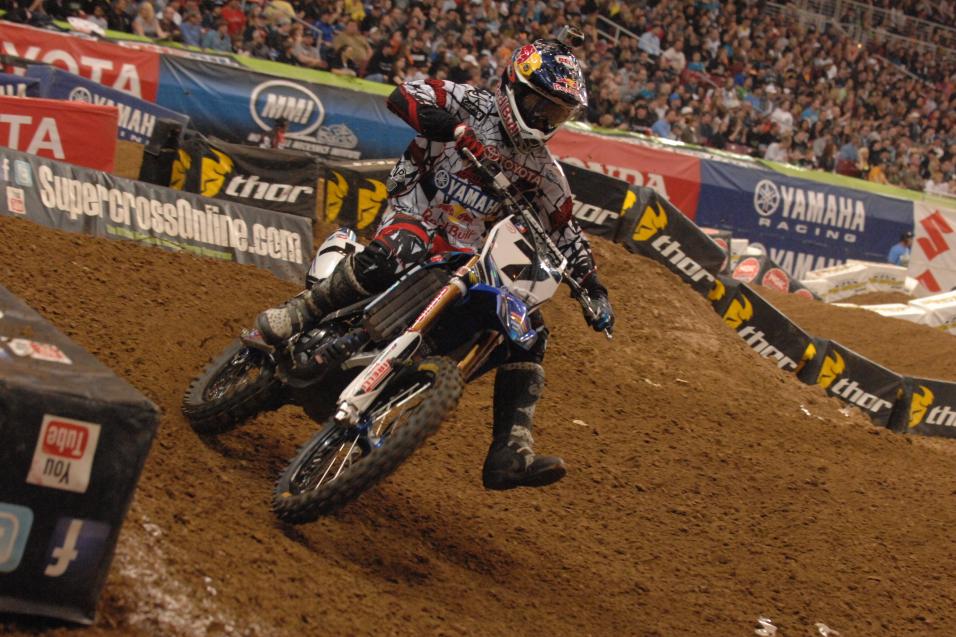 March 6, 2012 5:00pm
by: Steve Matthes
Edward Jones Dome St. Louis, MO St. Louis Monster Energy AMA Supercross Championship
There are a lot of questions about JGR Yamaha’s James Stewart this year. Why has the former SX and MX champion only been able to win one race thus far? Where’s the magic that we’ve all seen before? Is it the bike? Is there something wrong with him physically? Will he win another race this year?

The last two weeks of the Monster Energy Supercross series have produced some great rides for Stewart, but unfortunately he doesn’t have much to show for it. Last week he didn’t get the start he wanted but, at one point, was catching race leader Ryan Dungey until James was forced to roll a triple due to a downed rider—and that was all she wrote. A podium spot was garnered but there was more “What ifs?” 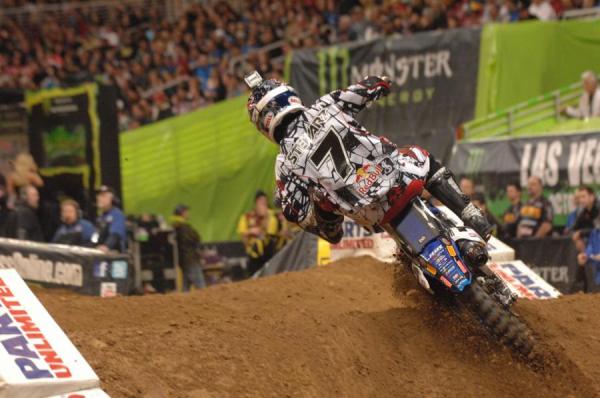 This week, Ryan Villopoto was flying in practice and in his heat race, so fans were hoping to maybe see a battle in the main with Villopoto and perhaps Stewart or Dungey. But in what we here at Racer X are calling “The Moment” Stewart’s night was ruined right from the start. He didn’t just not get a good start, he got a horrible start. Then he tagged another rider’s back tire and went down on the first lap. And that is what happens when you don’t get a start and are back there with a bunch of other riders who are panicking and trying to get to the front ASAP.

Stewart picked his bike up and got back on the horse and at times was the fastest rider on the track as he cut through traffic. He made it up to his teammate Davi Millsaps but that’s where the charge slowed. A couple of laps in the 53-second range was all it took to rob Stewart of a run at the podium. After getting by Millsaps, he wicked it up to a couple of 51’s but the damage was done. You can’t gate like he did and expect good things to happen.

After the race I asked James about his start.

“We were looking at the data, and something happened right off the gate. When I dumped the throttle, it didn’t go when I thought it would,” said an exasperated Stewart after the race. 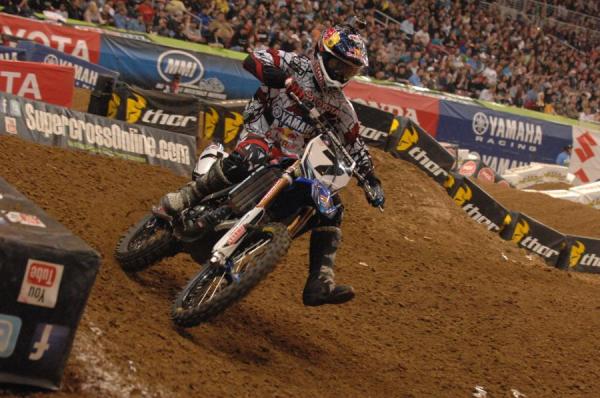 Will Stewart be able to find his form in Daytona?
Photo: Simon Cudby

Yesterday I spoke with JGR team manager Jeremy Albrecht and he said the data recovered from the bike did indeed show that something was up with the clutch dragging the motor down and the theory is the gate dropped early, James’ rhythm in letting the clutch out wasn’t right and the motor bogged down. A rider has his patterns and behaviors off the start, and due to the gate going a little earlier than he maybe have anticipated Stewart was thrown off.

We’ll never know how Stewart would have done with a good start, the lap times say he would’ve been a factor. As with a lot of weeks this season, Stewart is left wondering once again.