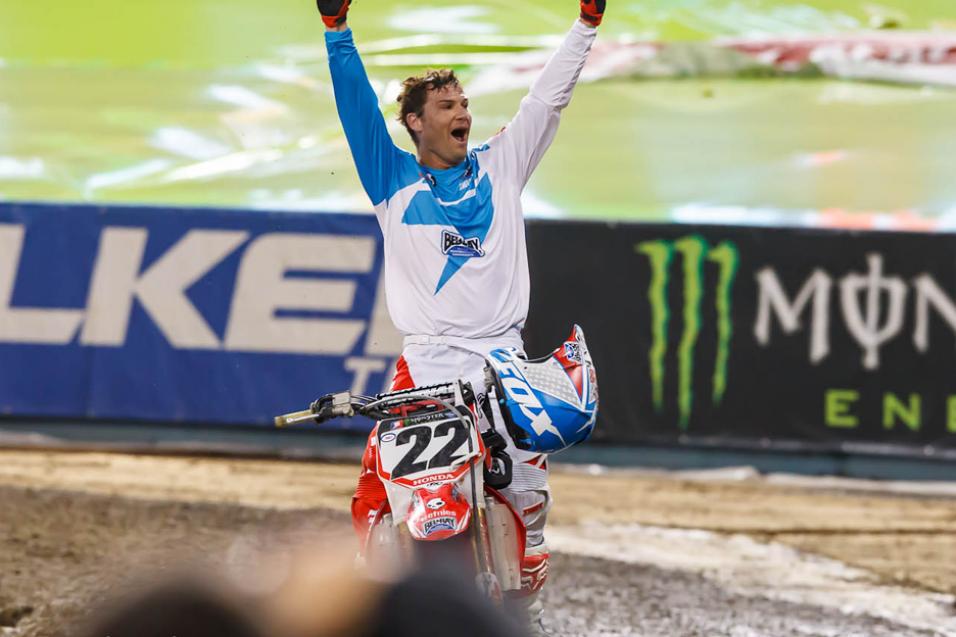 You already know who won the race, but there is so much more to it than that. The 450 Words column focuses on another story, from a different angle, because in racing, there's always more to the story than just one man standing on top of the podium.

The Los Angeles Supercross went great for Honda. The Los Angeles Supercross was also terrible for Honda. On a night when red riders swept both main events—first Eli Tomc on the GEICO Honda in the Lites race, followed by a very impressive effort by TwoTwo Motorsports/Bel-Ray Honda's Chad Reed in the premier class—the brand also endured the horrific crash of Trey Canard that brought the race to a halt. The crash followed a DNQ for Justin Brayton, Canard's teammate on the in-house Muscle Milk Honda factory team, as well as a bad night for Lites SX title hopeful Cole Seely. Now we await word on the damage done to Canard's already beat-up body, and wonder just how unlucky and fragile this charismatic competitor can be. 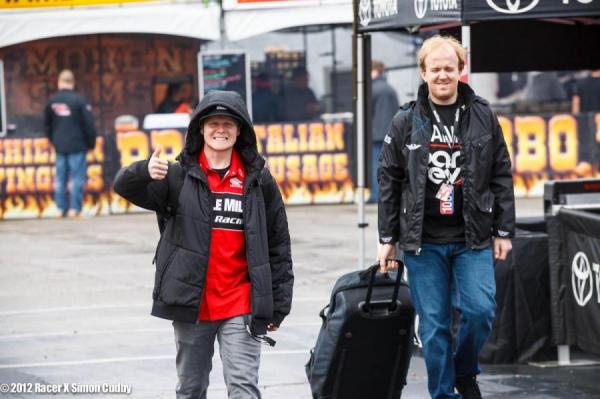 Our thoughts and prayers are with Trey Canard (left) and Ryan Morais.
Photo: Simon Cudby

It's been a tough ride for Honda going back to the 2004 AMA Supercross season. That's when their defending champion, Ricky Carmichael, not only missed the entire series with a knee injury, he also signed with Suzuki after failing to come to terms with Team Honda. Carmichael had two more SX titles in his tank, but he won them on yellow bikes, not red.

There have been flashes of brilliance, including race wins here and there for Davi Millsaps and Trey Canard, as well as a few by satellite-team rider Kevin Windham, but the factory team has struggled to make a title run. Riders like Andrew Short and Josh Grant have come and gone, and then there was the star-crossed Ben Townley, who barely got to race his factory bikes due to a terrible rash of injuries. Now, with Canard likely out again, they are left with Justin Brayton, a workhorse for sure, just not a winner so far.

Meanwhile, the red bikes have shined under other tents, especially in the Lites class, where GEICO rider Justin Barcia will wear the #1 plate in the upcoming East Region, and the aforementioned TLD Cole Seely has otherwise been very impressive. 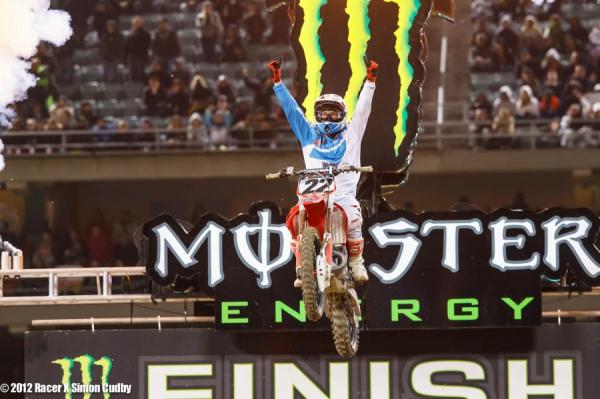 And then there's Chad Reed, the man many thought would end up on Team Honda last year, only to see the company sign Josh Grant at a discount instead. Reed liked the bike so much that he chose it for his own team, and then he earned more and more factory parts and support with more and more podiums and wins.  By practically privateering it, Reed turned around a lot of indifferent opinions about him. He's the most popular rider on the tour right now.

Did Ricky Carmichael leave the Red Riders cursed?  Who knows? But we do know this: It just hasn't been the same under the Honda tent since RC parked his CR. Erik Kehoe and his team are certainly working hard, but they just can't get a break right now—at least not the kind they actually want.