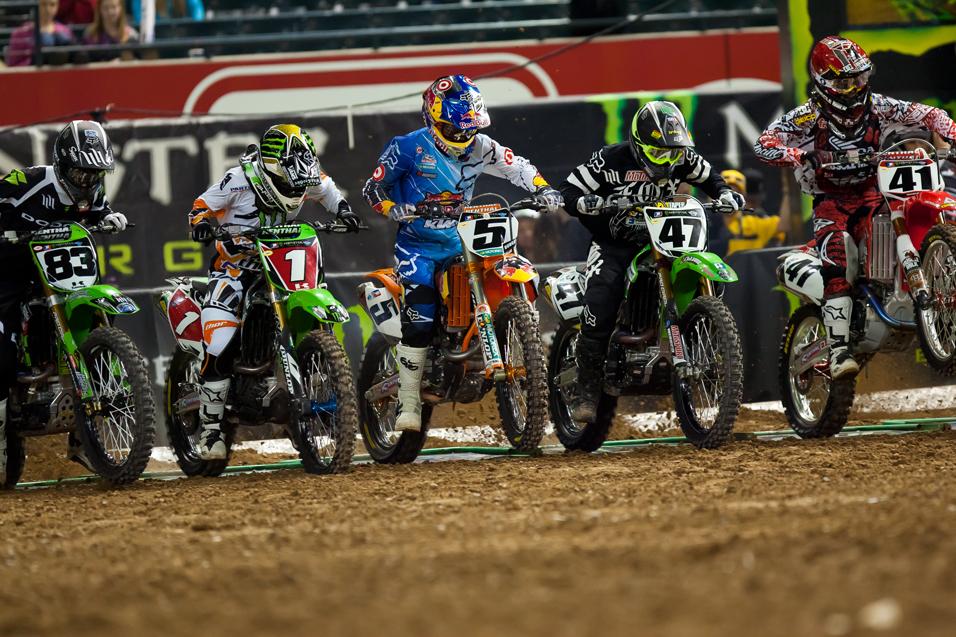 Last week in 10 Things to Watch For in Phoenix, we wrote that things can change on a dime. It took just one round to drive that point home. Red Bull KTMs Ryan Dungey, in just two races, has broken the KTM supercross curse. Dungey secured the brand's first Supercross class podium appearance in the opener and backed it up with the brand's first AMA Supercross class victory in Phoenix--showing that he and his new team are ready to challenge for a title in 2012. The Monster Energy Kawasaki team provided a lot of drama as well. Jake Weimer had a break through race en route to his first career SX podium, while Ryan Villopoto rebounded from a first lap crash to take home third. Let's take a look at the lap charts to see how it all broke down.

While Ryan Dungey was coasting to his first win of 2012, and KTMs first-ever as a team, Ryan Villopoto was setting down blistering lap times while slicing his way through the pack. Villopoto picked off seventeen riders, and quickly turned what could have been a championship changing crash into another routine podium appearance. Villopoto also set the fastest lap of the night with a 52.030, besting Dungey's 52.058.

Davi Millsaps has yet to live up to the high expectations that were placed on him entering the season, but this in not atypical for Millsaps, as it typically takes a few races for him to find his stride. But Millsaps can take solace in setting his fastest lap of the night on lap 19, further proof that his hard work during the off-season is paying off.

In sharp contrast to last week, Phoenix proved to provide riders with a more "typical" supercross track. But it also brought back sub one minute lap times with it. Last week no rider posted a fast lap under the one minute mark. This week, every rider posted a fast lap under one minute. Whether you agreed with the set-up last week or not, one thing it did accomplish was extending the race. 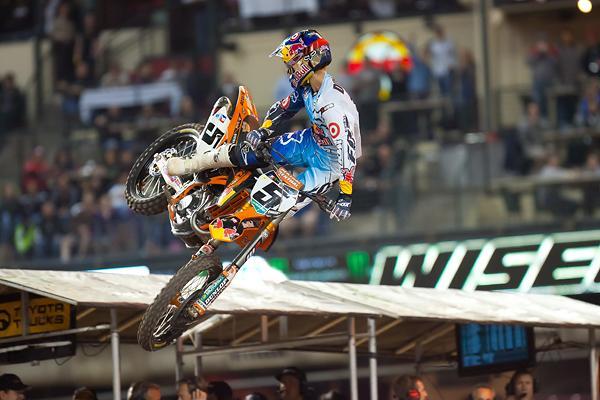 Dungey set the second fastest lap of the night en route to his first win of 2012.
Photo: Andrew Fredrickson

For the second straight week Eli Tomac found himself buried mid-pack after another sub-par start. But Tomac again proved he has what it takes to bounce back. Another trend has followed Tomac in 2012, setting down some blitzing lap times. Following up on his "King of the Lap Charts" performance in Anaheim, Tomac would set the fastest Lites time of the night again in Phoenix with a 52.385.

While Cole Seely was unable to back up his dominating performance at the opener, he was able to put in another solid performance at Phoenix, further solidifying his chance at a Lites title. Seely also proved he is going to be a beast down the stretch as he set his fastest lap of the night on lap 14! 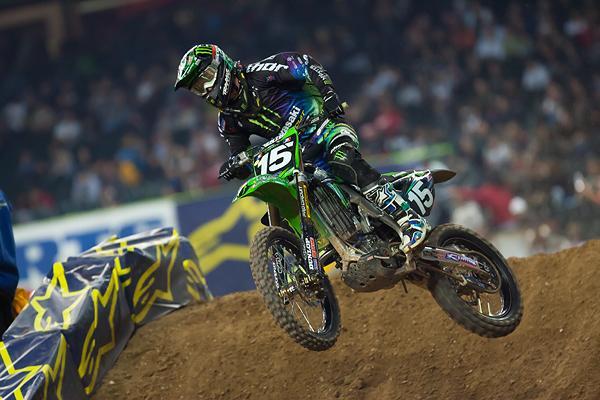