For the second year in a row, Ryan Villopoto captured the win at the opening round of the Monster Energy AMA Supercross, an FIM Championship. After a third-place finish in his heat race, Villopoto was the fastest out of the gate in the main event, grabbing the holeshot, and quickly building a comfortable 12-second victory over second place. 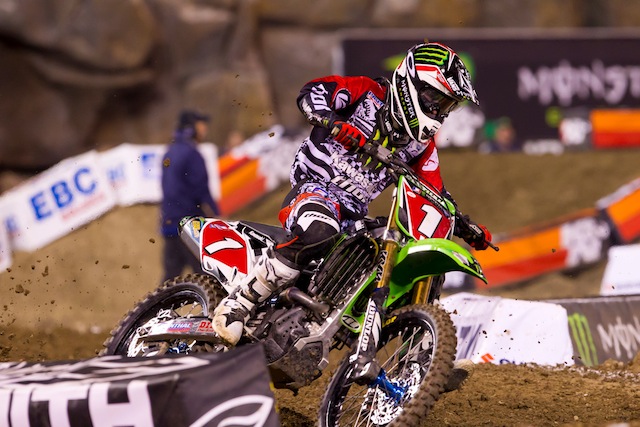 Ryan Villopoto was dominant in Anaheim
(Courtesy of Frank Hoppen)

While the win in Anaheim marked Villopoto’s 16th Supercross Class victory, it also signified the second time he’d won while debuting the new Thor-Volcom gear. The second edition of the Thor-Volcom gear will be available throughout Parts Unlimited dealerships only. 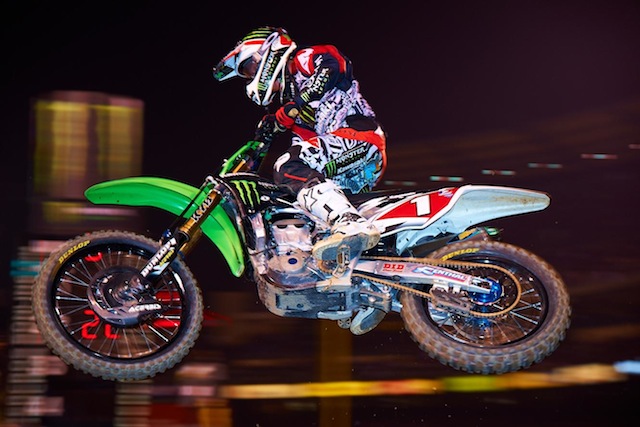 Ryan in his Thor-Volcom Gear
(Courtesy of Frank Hoppen)

“It has been great that Thor and Volcom have been able to work together to make an awesome set of gear,” said Villopoto. “This year is better than ever and I really hope everyone will go check it out.”

Making his first appearance at Anaheim in the Supercross Class, Thor’s Jake Weimer impressed many with his come-from-behind main event finish of fifth place. Brett Metcalfe returned to supercross racing after missing much of the season last year to finish 11th, while Broc Tickle finished 12th in his Supercross class debut. 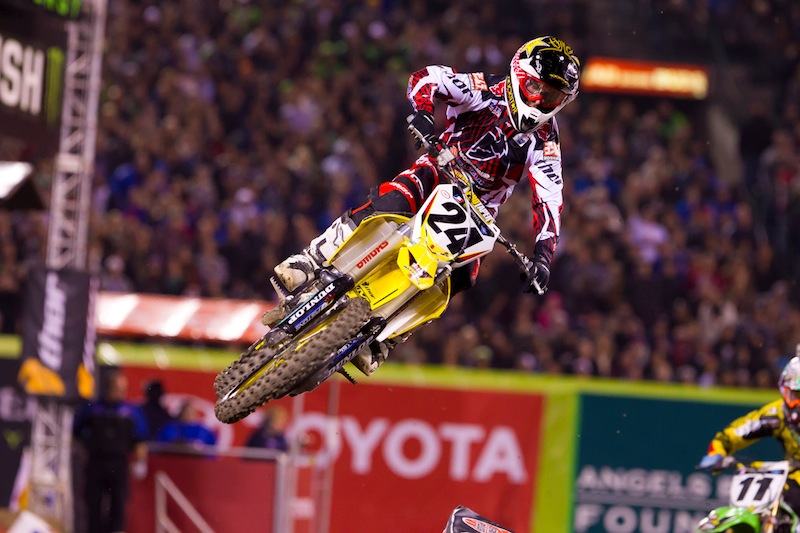 The Monster Energy/Pro Circuit/Kawasaki riders were also out in force, debuting their new Spring 2012 Pro Circuit Core Gear in Anaheim. Tyla Rattray showed speed early in the Supercross Lites Class, finishing on the podium in second place. Teammate Dean Wilson was also near the front pack and finished sixth after recovering from a last lap crash. 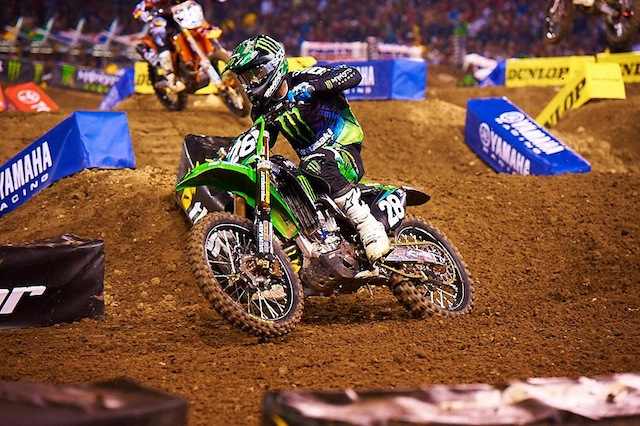 The next stop on the Monster Energy AMA Supercross schedule is Chase Field in Phoenix, Ariz. on January 14.