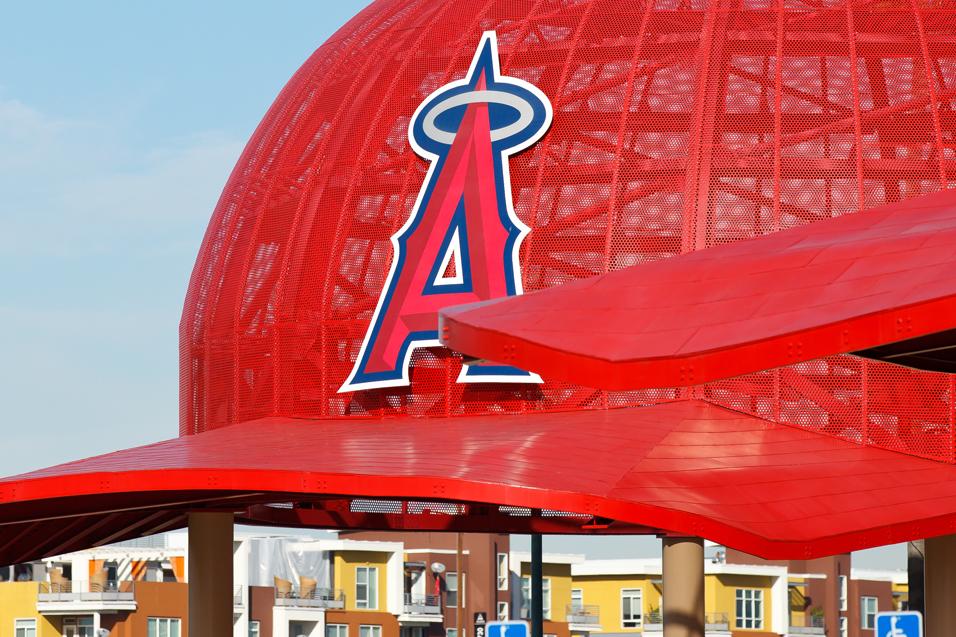 One Industries Rev Up Put the Lights Out

January 5, 2012 12:30pm
by: Andy Bowyer
Angel Stadium Anaheim, CA Anaheim I (A1) Monster Energy AMA Supercross Championship
Hello, everyone, and welcome to the Rev Up. We’re a scant five days into a shiny new year and it’s already time to go straight to the top of the rev limiter. The season opener in Anaheim has grown into one of the most electrifying moments in all of motorsports. Along with being the first motorsport of the year to begin its season, Monster Energy AMA Supercross is a crucible of nervous energy that quickens the adrenal glands like few, if any, do. It’s so hard to explain the moment we first get to see the boys push out from the tunnel for the first time. Professional MMA is the new black, what with the gladiator-style setting they produce as two fighters walk out from the pyrotechnics and prepare to put the other man’s lights out. It’ll get the chicken skin going for sure.

But folks, we have over twenty fighters that are going to walk out from the smoke. Think about the stadium lights shining off the spokes of Ryan Villopoto’s KXF450 as he takes the #1 plate to the starting line. Do you think James Stewart is going to be leaving footprints in the stadium floor on his way to the gate? How much juice do former champions Chad Reed and Ryan Dungey have in their veins as they throw legs over for the first gate drop? Agendas? Something to prove? You damn right, son.

It’s A1, baby. The only race of her kind all year. Think about the music pounding through the crisp California air as we get to watch the dawn of the new “greatest season ever.” Who is going to be the man this time around the block? 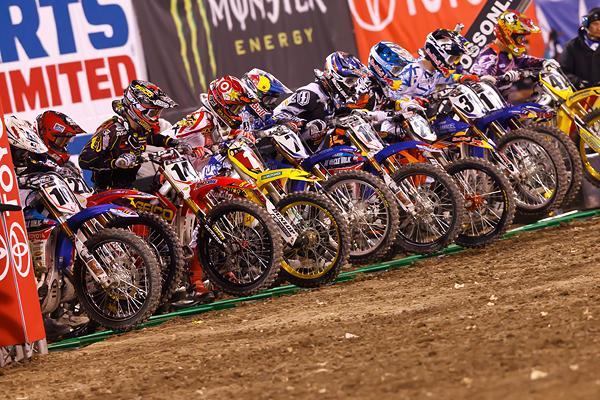 A1 is on the horizon and all the big guns are ready.
Photo: Simon Cudby

There is no off-season. The boys have been testing and training for this Saturday night for more than two months. They’ve been through suspension, motor, and tire options over and over, time and again. There is no testing like race testing, but you can assure yourself that the contenders are taking what they feel works the best to the line this weekend. They have all worked hard in an effort to show up and shock the world.

But what makes this dust-up so special is the spooky yet exhilarating aura of the unknown. Has Stewart found the form that can take down RV Park? Have Roger DeCoster and KTM put something underneath Dungey that can win? How much does Chad Reed have left in the tank? What do Davi Millsaps, Justin Brayton, Andrew Short, Josh Grant, Mike Alessi, Kevin Windham, Ivan Tedesco, Josh Hill, Bret Metcalfe, Kyle Chisholm, or Austin Stroupe bring to the fight?

How about a call to the bad boy—Josh Hansen.

It’s nuts, folks. It’s gnarlier than it has ever been in supercross history and I can’t believe it’s already time to kick the tires and light the fires!

Let’s talk strategy. First off, the first race of the season doesn’t mean squat. One of the most annoying, yet accurate, cliches is that “You can’t win the title at round one, but you can lose it.” Hell, sometimes in our game, you can lose the title in practice. But look at who won the title last year. That’s right. A1 champion became champion of the world. More to that point, the path to the #1 plate is one of attrition. All of the big names will have huge crashes, off nights, and adversity. Hell’s bells, Villopoto even missed a main last year.

Attrition aside, the real points battle begins after Daytona. It’s where recent history has seen Stewart stack it up huge, and a guy like Reed begin to find his stride. We all have the battle of Atlanta to look forward to, and there will be the inevitable mudder or two. Throw in the puzzling mechanical DNFs we’ve witnessed since the “E.F.I.” and what may unfold is up to the Moto Gods and nobody else.

What’s great about our sport is that the best rider almost always becomes champion. It takes a solid team to become a great racer in supercross, but a team sport this is not. The onus belongs to the eyes behind the goggle lenses and the hands under the gloves on the handlebars. He’s the only man that can make it happen. He has to climb the walls of fear and common sense and love pushing it into the Jedi zone every Saturday night.

He has to be ready to put their lights out. Period. 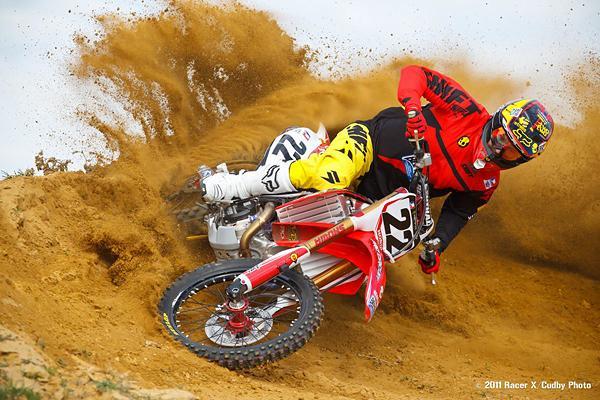 Can Reed claim victory at A1?
Photo: Simon Cudby

It’s a great time to be a supercross fan, ladies and gentlemen. They call our trade a “niche” sport, but I think we’ve grown into the mainstream. The eyes of the motorsports world will be focused on Anaheim this Saturday night. We have a good product for “them” to watch. But to us, well, we know exactly what time it is. Nothing in the world is cooler than hearing the machines snap and pop in unison before the first gate drops. We know the sensation of not being able to hear our own voices as the first big pass for the lead brings that primal roar from the grandstands. We know who has the whoops dialed and who has what corners railed the best. Nobody knows it like we do, and it is showtime once again.

Here’s to a season of safe, spectacular racing action and taking another step toward showing the world that this is the greatest show on earth. Good luck, boys. Let’s get it on! Who's ready to hear the noise and see the show? This one is going to be huge!