Power for the Factory Edition comes from the new generation 449.3cc fuel-injected, single-cam, lightweight, four-stroke engine. In addition, the motorcycle features an entirely new chassis, including a new frame design, newly designed black anodized triple clamps and a new one-piece cast swingarm with a larger diameter axel all combined for a new level of performance handling. 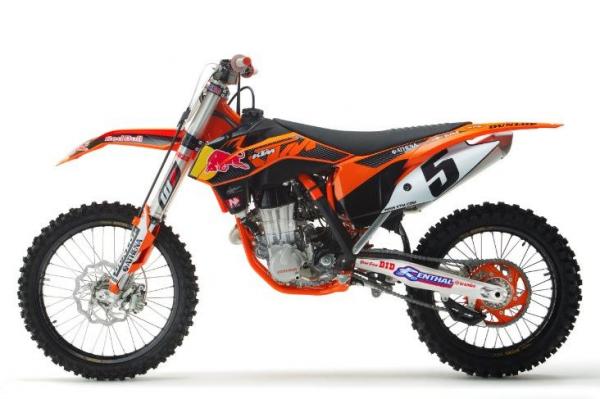 This premium race machine retails for $9,599 and can be seen in action for the first time on January 7th at the AMA Supercross opener in Anaheim, CA. Bikes will be available at KTM dealerships in spring of 2012.