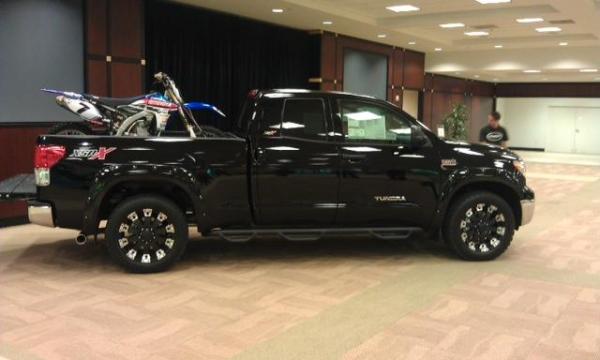 “I am excited about joining the Gibbs racing family,” said Stewart.  “My goal in Supercross is to pass Jeremy McGrath’s record of 72 Supercross wins.  I am more than half way there and look forward to realizing that dream during my time with JGR.  I have also had an interest in car racing and we are going to explore my potential in that sport through the NASCAR side of the operation.”

“When we started the Supercross team in 2008 we had a building phase and a championship phase.  We spent the past four years learning the sport and the equipment and now we are ready to compete at the highest level with an accomplished and talented athlete like James Stewart along with our founding partners Toyota and Yamaha,” said JGRMX President Coy Gibbs.  “James will also have the opportunity to explore his interest in racing some of the four-wheel vehicles we have around here as well.”

“We are proud of what Coy and the motocross team has accomplished and landing a talent like James is certainly a huge step up for our program,” stated Joe Gibbs.  “We are looking forward to being a serious championship contender in 2012.”
Read Now
January 2023 Issue Now Available