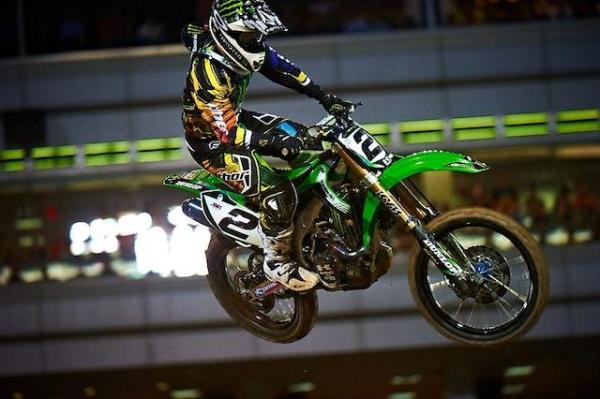 The inaugural Monster Energy Cup offered a unique opportunity to all riders participating: win three 10-lap main events and take home $1 million.  Coming into the event at Las Vegas’ Sam Boyd Stadium, Villopoto was the favorite and he did not disappoint. Villopoto dominated each of the three main events, in which he delivered fantastic starts and unrivaled speed.  The perfect evening for Villopoto puts the exclamation point on one of the best seasons in the history of the sport.  Congratulations go out to Ryan on the big win this weekend! 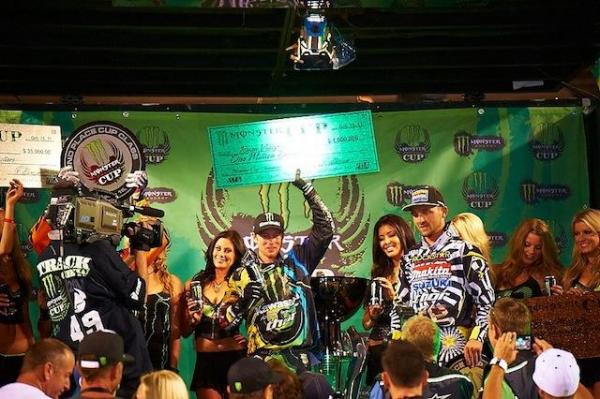 Also performing well at the Monster Energy Cup was Rockstar/Makita Suzuki’s Brett Metcalfe.  Metcalfe, who sat out the second half of the Supercross season with an injury, looked very comfortable on the bike and posted an impressive third-place overall finish by posting 4-3-3 results, respectively. 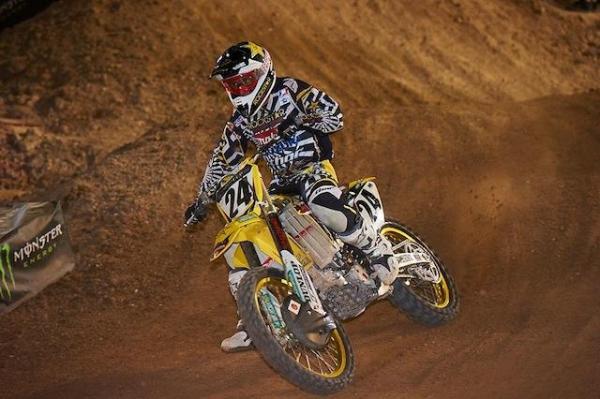 Another component of the event this weekend was racing action from some of the top amateurs in the sport, and the Thor Amateur Race Team was well represented.  The first group of amateur riders featured the top A- and B-class riders from the AMA Amateur National Motocross Championship earlier this summer.  Thor’s Justin Hill (4-1) and Cole Thompson (2-3) shined throughout the night, finishing in a tie for first with two others at the end of the night.  With his second moto victory though, Hill would be crowned the overall winner, while Thompson grabbed the final spot on the podium in third.  Congratulations to both Justin and Cole on a pair of excellent performances. A final note from Monster Energy Cup spotlights Cooper Webb, who boasted a solid night as well from the Monster Energy Cup.  The Thor and Red Bull-backed rider posted a 2-2 effort in the Super Mini class, which was good enough for second overall.