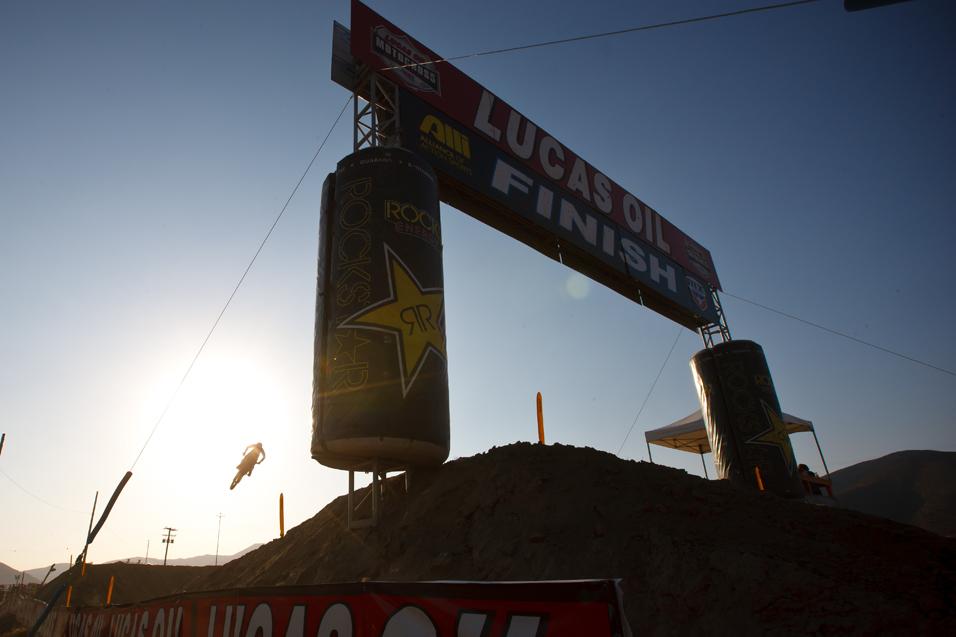 With one of the most dramatic seasons in recent memory now in the record books, we've decided to pull out the calculators, crunch some numbers and get all scientific on ya'. With big thanks to the MX Sports Pro Racing Timing and Analysis team, which produces Season Box Scores after each race, we've broken down the stats of the top-20 riders in each class into seven categories: season point total, overall wins, moto wins, laps led, average finish, average start, and holeshots.

There are a massive amount of interesting facts, stats, whatever you want to call them, that we'll touch on--both indoor and out--over the next couple of weeks so stay tuned. But there were two things that really left an imprint on the season that we can't resist mentioning today. And without further ado here they are.

- Hondas Justin Barica (GEICO and American Honda) not only finished inside the top-twenty in points in both the 450 and 250 class, but he also managed to lead over twenty laps in both classes. A very impressive feat that may not be matched for a long time to come.

- While both the 450 and 250 title hunts stayed close for most of the year, if you look at laps led and moto wins for both Ryan Villopoto and Dean Wilson you will clearly see they were the dominant rider in each class was. While Villopoto only managed three more moto wins than his next closest competitor, Chad Reed, he lead an impressive 52 more laps than runner-up Ryan Dungey.

On the other side of the spectrum Dean Wilson, like Villopoto, also only had three more moto wins than his next closest competitor, Tyla Rattray, but lead 84 more laps than the runner-up, also Rattray.

This is just the tip of the iceberg, so be sure to check back next week for a more in-depth breakdown!
Read Now
March 2021 Issue Now Available