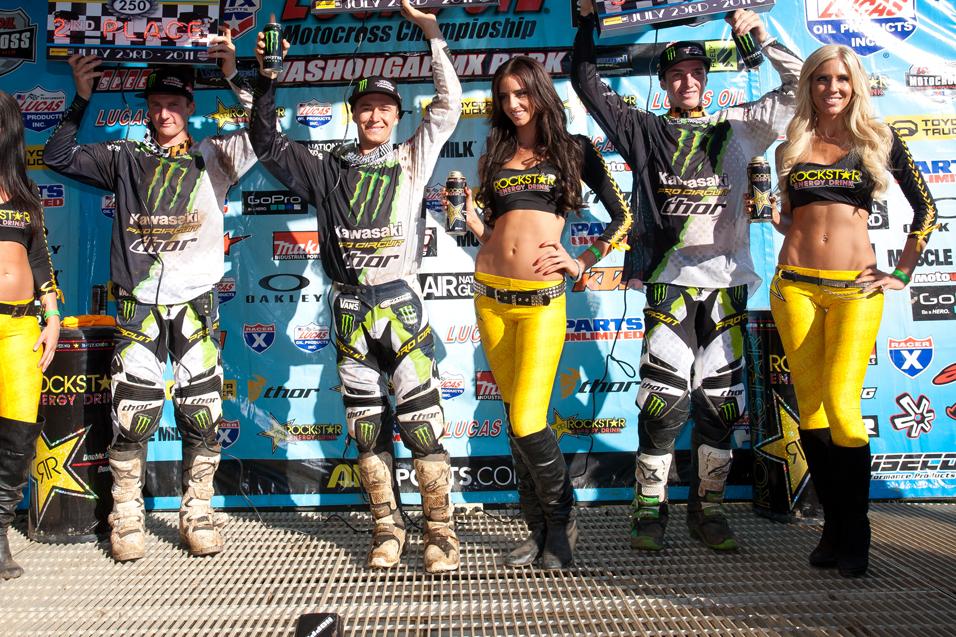 Advertisement | Advertise with Us
Washougal MX Park Washougal, WA Washougal Motocross Lucas Oil AMA Pro Motocross Championship
It doesn’t seem to matter where the Monster Energy Pro Circuit guys start (although they are usually up front) they are going to be 1-2-3 by the end of the moto. Team riders Dean Wilson, Tyla Rattray and Blake Baggett are forces of nature and on a team that has dominated so much before, the 2011 motocross series might be the best yet.

Baggett’s got the wins (five in eight races) but right now he’s third in the points because of a few poor results. Tyla Rattray has the other three wins and sits second in the points and Dean Wilson doesn’t have any wins but he’s the points leader by virtue of his consistent rides. He’s only been off the podium twice in sixteen motos and his first moto at Washougal this weekend broke an eight moto streak for the number 15. 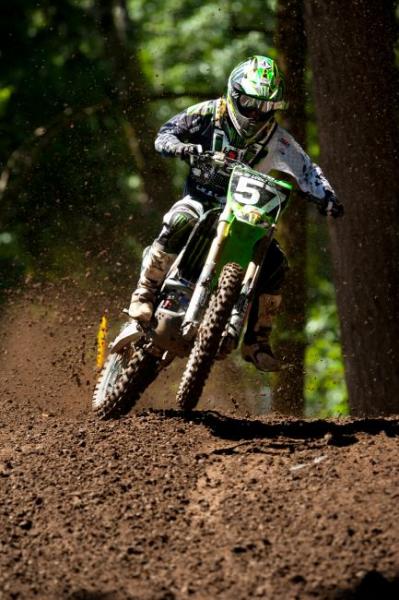 I’m not sure who’s going to win the title (Wilson’s got 13 on Rattray and 17 on Baggett) but the team as a whole is going to be the winner, no matter what. Sweeping the podium in a long and grueling season like they’re going to do is remarkable. It’s a testament to the power of cohesion, working hard, spotting talent (in riders and as crew members), committing resources and getting it done.

The gang at Pro Circuit has been getting it done for a long time now and it doesn’t appear that anyone is capable of stopping them. Get ready for a tidal wave of green!