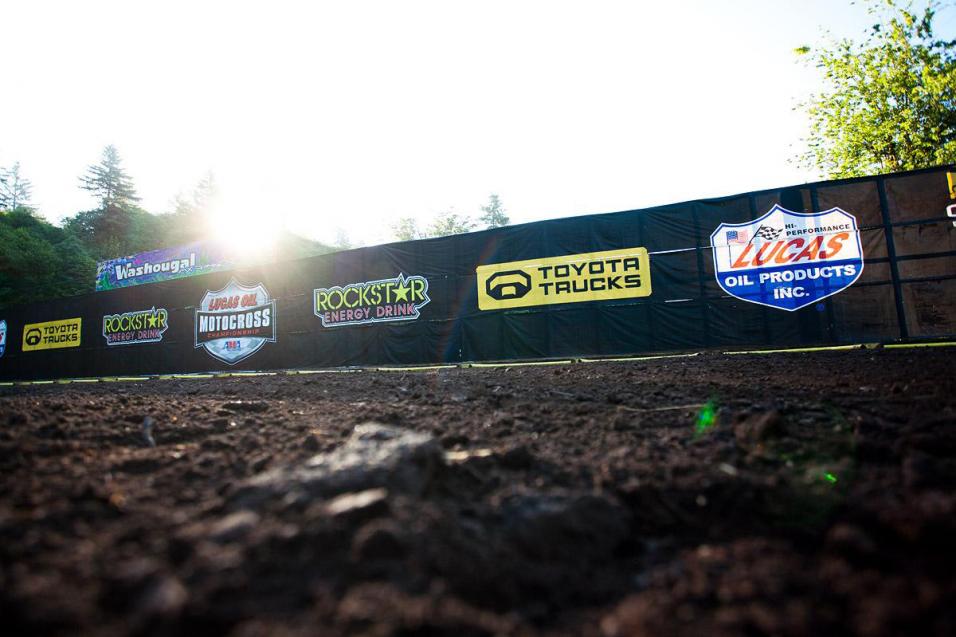 Round eight of the 2011 Lucas Oil AMA Pro Motocross Championships are underway here in beautiful Washougal, Washington. The evergreen trees and crystal clear streams await the teams and the riders here in the Pacific Northwest as the series goes west for the first time since round one.

The weather is great, the highs are going to be in the 80’s by race time and it’s a welcome relief to the teams and riders after some scorching hot, rain filled days of the last few weeks. After this race, the series takes a break for a couple of weeks so it was imperative that the riders in the championship hunt keep the momentum going for the break.

Making his return to the series is Red Bull KTM’s Marvin Musquin. The two-time World Champion was injured at round two and should be a factor the rest of the series.

With Musquin coming back, the series lost Troy Lee Honda’s Christian Craig due to a lingering wrist injury he suffered last week at Millville. Valli Yamaha picked up privateer Jimmy Albertson for the rest of the season and Albertson will now compete on a Yamaha from here on out, abandoning his Honda.

The crew here at Washougal did a fantastic job with the track and hauled in a ton of sand to mix in and give the normally slippery track a bit of a makeover. The riders seemed to enjoy it and by the second practices, the ruts and berms started to form. The times in the second practices generally held up as the faster ones.

Hometown hero Monster Energy Kawasaki’s Ryan Villopoto (who in a strange twist of fate, has never won here before) took the pole position with a blazing fast time of 2:07.0 which was a full second faster than the second place rider Trey Canard. It was quite a riding display by RV and he and his fans hope it continues this afternoon for the motos. Last week’s winner Rockstar/Makita Suzuki’s Ryan Dungey has the third gate pick today.

In the 250 class, we got a little bit of a changeup in the series as the Monster Energy Pro Circuit guys, who have been so dominant this year, were outside the top three in the times. Instead we saw Star Yamaha’s Ryan Sipes with the best time followed by Rockstar Suzuki’s Martin Davalos and then Sipes’ teammate Kyle Cunningham. The series point’s leader Dean Wilson was sixth and the winner of four races this year, Blake Baggett was 11th.