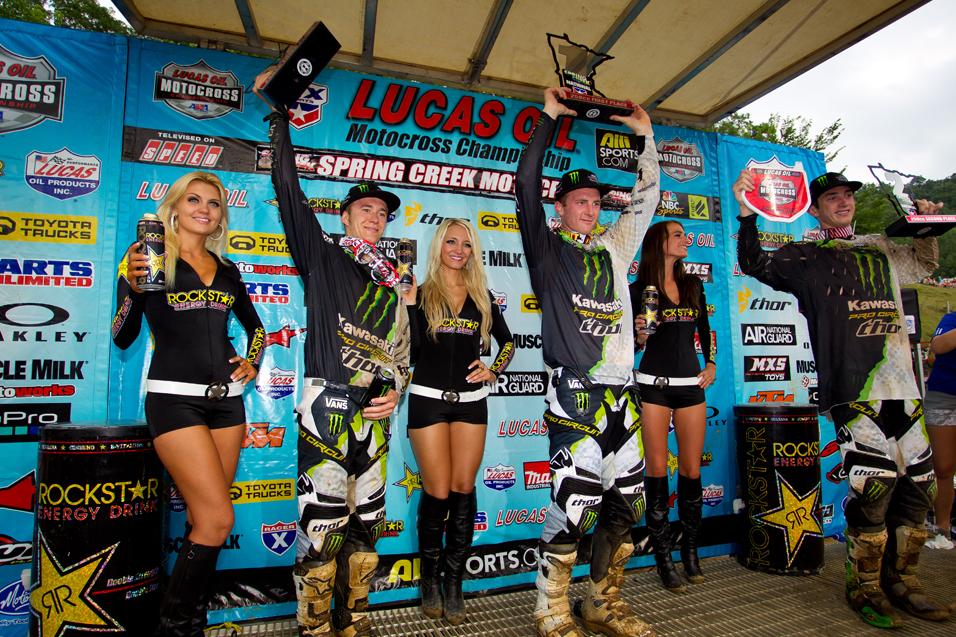 While the Millville 450 class was rife with drama, it was business as usual in 250 racing. Team Monster Energy Pro Circuit Kawasaki maintained their stranglehold on the points and the podium as the second half of the season got underway.

Dean Wilson continues to lead the Kawasaki crew in points but trails his teammates in overall victories, going 1-2 for his sixth second overall of the season! Blake Baggett, the winner of four rounds, including the last two, struggled with a bad start in the second moto but overcame his recently dislocated collarbone to place third in both motos and for the day. 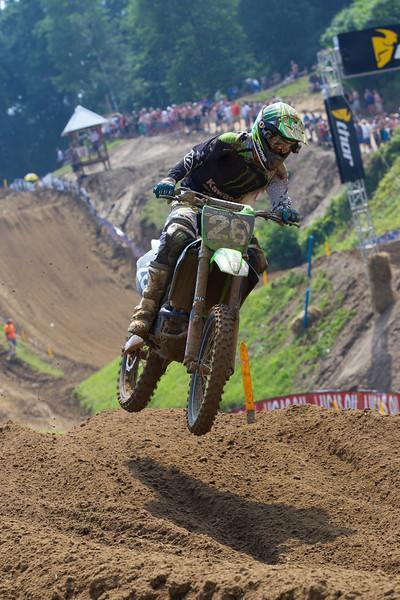 Meanwhile, Tyla Rattray laid down a convincing argument that he does, in fact, have as much speed as his two teammates – posting up with the fastest time in qualifying and in both motos. Rattray rode away from Wilson in the second half of the second moto to garner his third overall victory of the season, yet gained no ground on Wilson in the points chase with a 2-1 score. The fourth member of the squad, Broc Tickle, continued his ongoing flirtation with the top five but fell one position short.

With the PC team consistently staking claim to the box – only four of 21 possible podiums have gone to anyone other than Wilson, Rattray, and Baggett – Star Racing’s Kyle Cunningham is beginning to show newfound consistency just a step behind. Cunningham got great starts and rode to his fourth straight fourth place moto finishes to finish, yes, fourth overall. Gareth Swanepoel and Gannon Audette put two more Yamahas in the top ten with eighth and ninth place finishes respectively.

While Alex Martin used the horsepower of his Eleven 10 Mods Honda and a certain modicum of home ground familiarity – Martin’s family owns the Spring Creek circuit – to place a season best fifth overall with strong 7-5 moto finishes, the much bigger and more established Factory Connection team continued its season long struggles. Wil Hahn posted another solid top ten finish in just his second race back on the tour with a seventh overall, but teammates Justin Barcia and Eli Tomac continued to find more trouble. 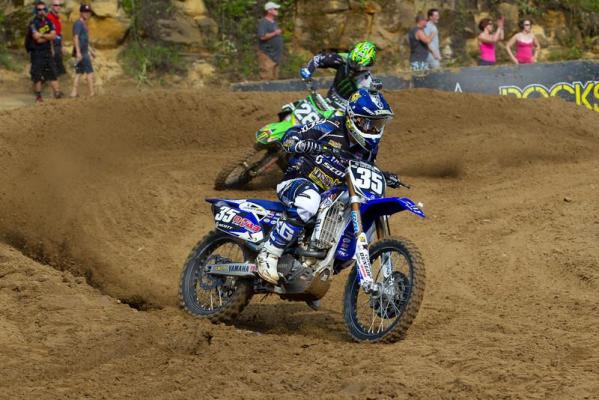 Barcia went down in violent fashion in the first moto just past the mechanic’s area and crept off the track with a bloody and broken nose. He almost sat out the second race, but made a late decision to try and ride and gutted out a sixth place second moto. Tomac’s tussle with heat and humidity flared up again, and Eli pulled off the track two laps early in the first moto while running towards the front. Tomac would return to run seventh behind Barcia in the second race.

Finally, the lone Suzuki in the top ten was piloted by none other than amateur sensation Jason Anderson, who may have found somewhat of a groove while on temporary hiatus from the Rockstar paddock. It was the first top ten finish for the much-heralded Anderson, albeit a product of 14-11 moto finishes.