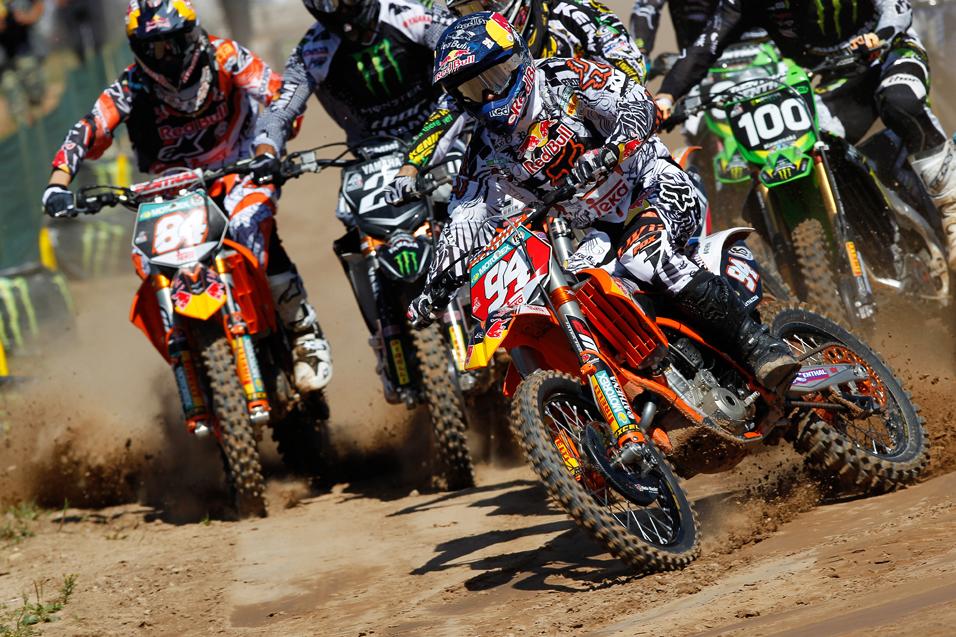 Advertisement | Advertise with Us
For the third time in ten Grands Prix this season the factory Red Bull Teka KTM team walked away with both winner garlands in the FIM Motocross World Championship MX1 and MX2 series after Tony Cairoli and Ken Roczen were invincible 1-1 victors across the punishing ‘sandy’ hardpack of Kegums in Latvia.

The third edition of this GP was again blessed with good weather. The baking effect on the ground meant that a shifting set of short bumps, square-edged holes and lines that varied in their degrees of traction cast the track as a main character of this event. Riders fiddled with set-up more than perhaps any other race so far this season and complaints of blisters and sore hands were commonplace in the paddock after two hot and sweaty forty minute motos. 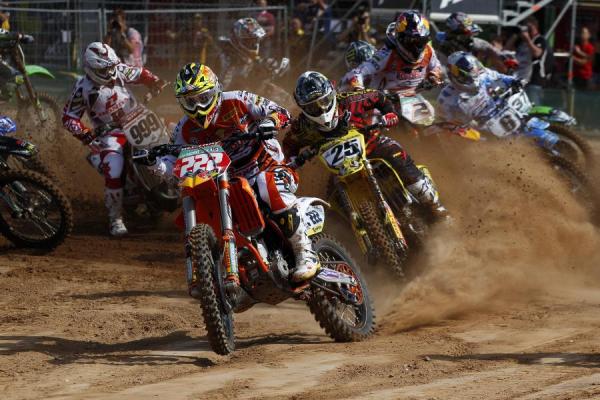 Cairoli extended his points lead in Latvia, after going 1-1 for the overall.
Photo: Ray Archer

Cairoli held off Monster Energy Yamaha’s Steven Frossard and German GP winner Evgeny Bobryshev for his first double of the year. With arch-rival Rockstar Energy Suzuki’s Clement Desalle crashing twice in the first outing (the first time in a juicy racing accident with Frossard) and then again clashing with Bobryshev in the second and finishing in eighth overall, Cairoli is now 42 points ahead in the standings. “I am really satisfied and feeling better and faster every week,” said ‘222’ who had to thread past backmarkers at the finale of Moto1 to beat Frossard by just three tenths of a second for what was the action highlight of the day. “I am still building up my speed and need to cut out the mistakes I am making at the beginning of the races,” added the rider who has now clocked-up eight podiums from a possible ten.

As predicted and communicated by the eternally-busy PR crew for CLS Kawasaki the latest twist in the Christophe Pourcel saga saw the Frenchman absent from Latvia. It will be hard to see CP entering the next round of the series in the sand of Lommel; acknowledged as one of the toughest races of the year and one for which the other riders were already preparing for prior to Latvia.

The MX2 red plate still belongs to Ken Roczen by 27 points from factory teammate and fellow teenager Jeffrey Herlings. Roczen was not a fan of the track in Latvia but felt comfortable enough to allow Herlings to lead for several laps in the second moto before assuming control. He has disappeared to win the first by ten seconds. On his maiden visit to Kegums CLS Kawasaki Monster Energy Pro Circuit’s Tommy Searle attacked the course for third spot and his seventh visit of the year to the post-race press conference. “I’m really happy with my riding,” said Roczen. “This track was hard on the hands and I was off the pace in practice so I’m super-happy with how it went today. I prefer not to be leading a race sometimes because it can make a moto seem really long but that’s the way it was.” 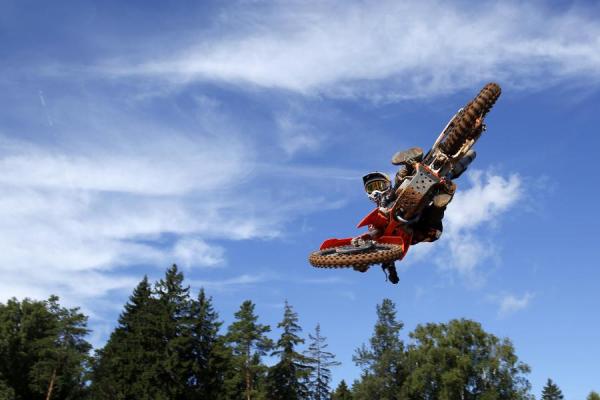 Searle also offered some insight to the demands: “It was just hard work out there and it was difficult to make a rhythm with all the holes. On the sighting lap before the second moto my hands were so sore I was dreading the race.” Herlings deserves full props for a stunning comeback to the rear wheel of the Brit in the first moto after going down on the first turn.

Max Anstie continues to improve and his fourth position was reward for a fearless attempt at the Latvian leaps.

Monster Energy Yamaha’s Gautier Paulin ruined a chance of a seventh straight podium (he was quickest in the two practice sessions, second to Roczen in the heat and fastest in warm-up, he even set the best lap of the motos on race-day) after tumbling off on the second corner of the first moto and then briefly winding himself hitting the bars through the waves on the first lap of the second. The Frenchman was eighth overall and sported a series of tyre marks on his back as a memento of his poor luck.

Bike it Cosworth Wild Wolf Yamaha’s Zach Osborne is weathering the effects of Epstein-Barr virus and a week of inactivity held the Virginian in good stead. While unable to trouble the leaders he nevertheless finished as top Yamaha rider with fifth overall. “It could have been better obviously but in the first race I didn’t have a lot to ‘go’ with,” he said. “I didn’t have enough reserves to push up and try and pass those guys.” 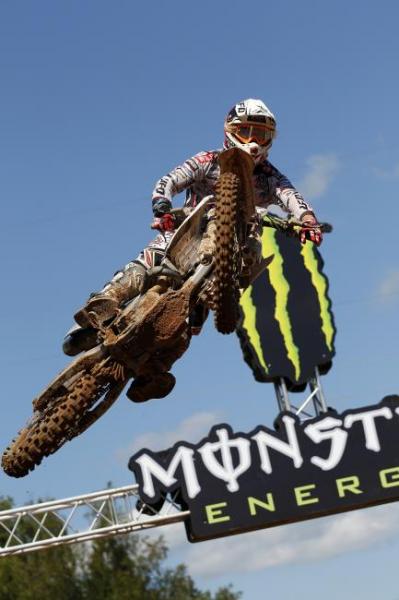 “I think this is one of the better tracks of the year,” he felt compelled to add. “It is gnarly and the way it is now, rough and square-edged, it is definitely world championship calibre. It is one of the only places we go to that has this surface that is both hard and kinda sandy. I am feeling better day by day and yesterday was the fittest I felt in a few weeks. I seem to take a few steps forward and then back, forward and then back. I’ll be fighting through the rest of the year. 7-5 is not bad today but I think I am capable of two top fives every weekend no matter how sick I am.”

Although the calendar now puts the brakes on for a week, a hefty slice of the Grand Prix paddock is likely to shift to Belgium and start honing their sand technique for Lommel on the 31st of this month.