The September issue of Racer X Illustrated is here!

Just like many fans of the sport of motocross, the staff at Racer X became addicted to the computer game Mad Skills Motocross. We took that addiction one step further and developed Mad Skills for the iPhone, iPad, and iPod Touch. In the September 2011 issue of Racer X Illustrated, you can read about the making of the iOS version. The issue also looks at the Lucas Oil AMA Pro Motocross Championship at High Point and the blasting storms that had fans taking cover. We also talk to some well-known motocrossers, like Travis Pastrana, Broc Hepler, and Evgeny Bobryshev. These and more are featured in the September issue of RXI, and the digital edition is now available for only $9.98!

Subscribers will be receiving it as early as today. If you subscribe digitally, it's ready for you now. Remember, not only can you read it on your computer, but it's also readable on iPhones, iPads, and iPod Touches via the free Zinio app. 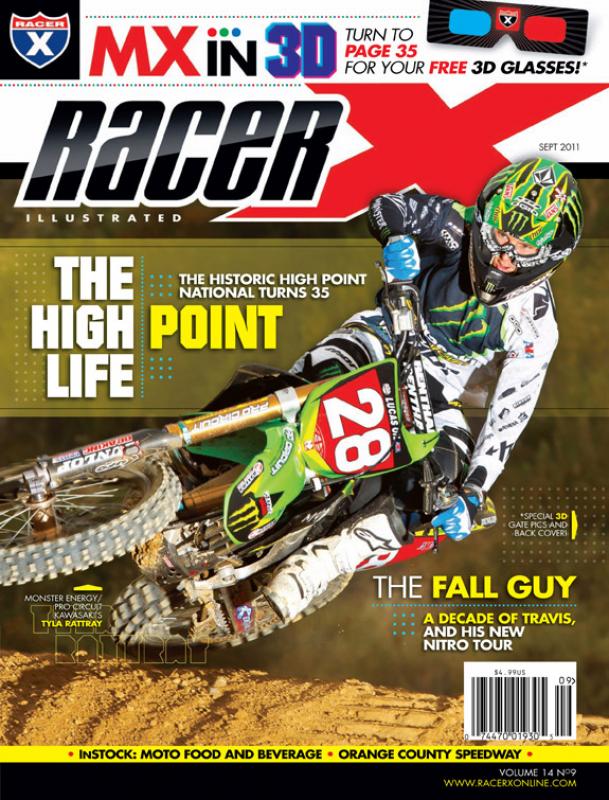 Learn more about what's in this issue here. Or view Current Issue under the Subscribe tab.