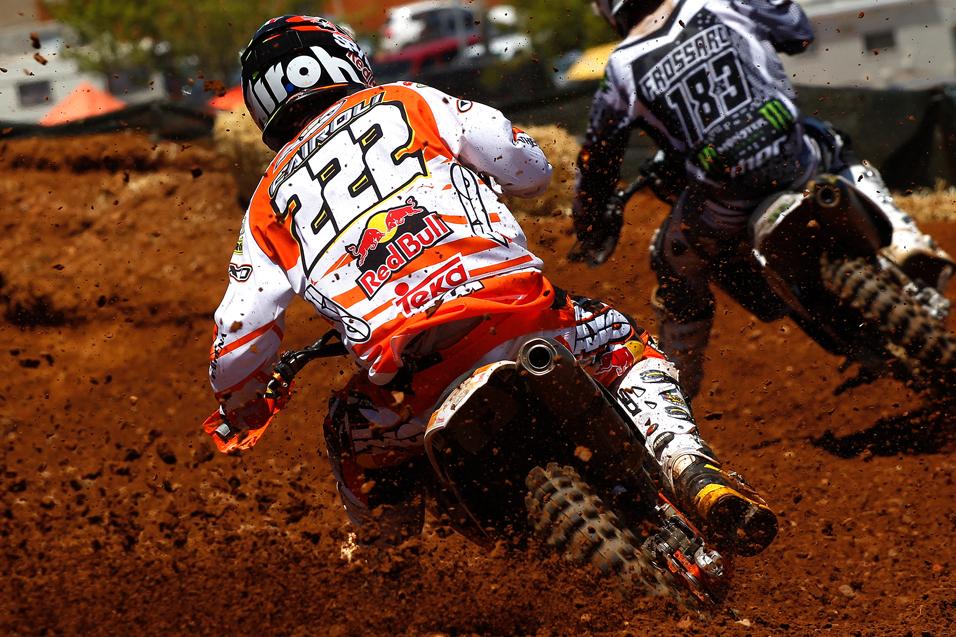 This was an off-weekend for the American Motocross tour, but there were some very interesting things going on in Europe. The Grand Prix of Germany at Teutschenthal provided a glimpse of what's going on over there in the MX1 class, as it’s doubtful we will see another cameo visit by Clement Desalle to the Lucas Oil AMA Motocross tour since he’s in a battle with Tony Cairoli and Steven Frossard for the world title. Desalle also has a shoulder injury, which has allowed the Red Bull KTM of Cairoli to ease away from him in the standings. 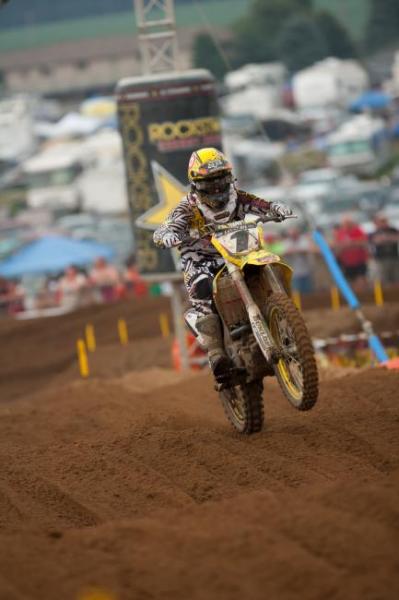 Dungey seems like an obvious choice for the MXoN team.
Photo: Andrew Fredrickson

However, the big winner in Germany was another surprise: Russian Honda rider Evgeny Bobryshev, who, like Ken De Dycker last year, had the race of his career so far by sweeping both motos. Bobryshev, who scored his first overall podium at Glen Helen, became the first Russian rider since Gennady Moiseev in 1979 to win a Grand Prix.

And speaking of Glen Helen, there appears to be some confusion over the future of the struggling USGP, as the FIM released a schedule last week that did not include the U.S. round, replacing it with Mexico in May. But in a Cycle News interview, Glen Helen's Lori Bryant said the USGP was still a possibility, but maybe not until September of next year, if they can line up some U.S.-based riders and teams. (On Sunday morning, Youthstream announced that the 2013 GP would go to Teutschenthal rather than Glen Helen, as had been previously understood.)

So that leaves the 2011 MXoN at St. Jean D'Angeley in France as the one race to see who might be the fastest individual 450 rider on the planet right now. There are several very good candidates, led by Cairoli (Italy), Desalle (Belgium), and Steven Frossard (France) from that side of the Atlantic Ocean, plus AMA-based Ryan Villopoto and Ryan Dungey (U.S.), and of course Australia's Chad Reed. And then there are the wild cards: Bobryshev, German's Max Nagl, the possibly-healthy-by-then Trey Canard, New Zealand's presently sidelined Ben Townley, and the enigmatic Christophe Pourcel, who is back in Europe but still not riding anywhere near his speed or potential. 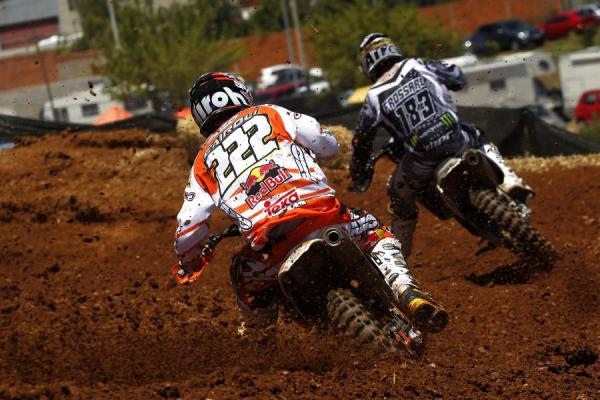 Of course one race never tells the whole story, as we've seen argued many, many times in the past. But if all those guys show up healthy and ready to go for broke in France in September, it could be a battle for the ages.