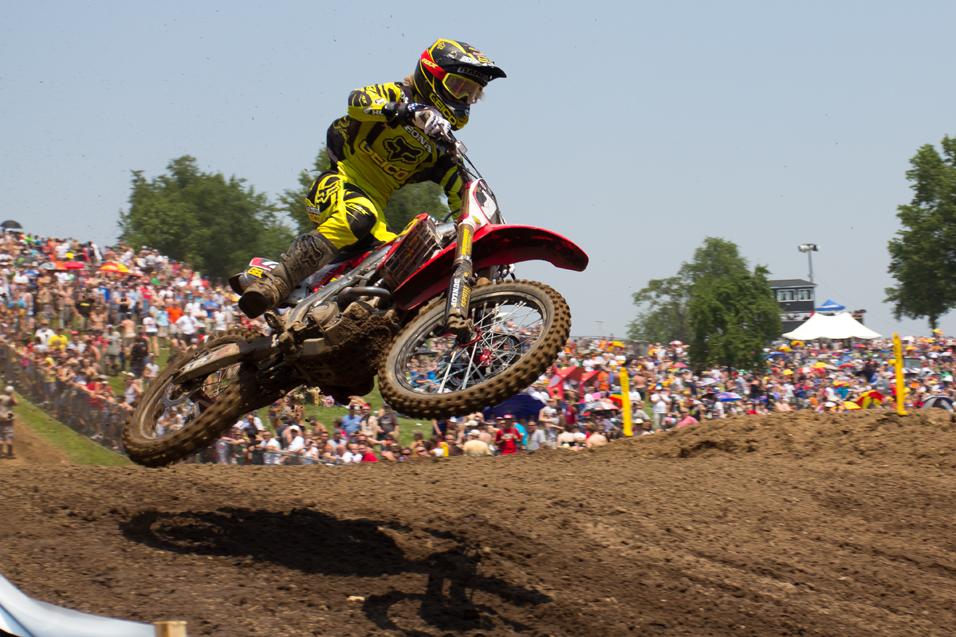 July 5, 2011 1:50pm
by: Chase Stallo
RedBud MX Buchanan, MI RedBud Track 'n Trail Lucas Oil AMA Pro Motocross Championship
Coming into round six of the Lucas Oil AMA Pro Motocross Championship at RedBud, there have been two common themes surrounding the series--Chad Reed, Ryan Dungey, and Ryan Villopoto have separated themselves from the rest of the pack, and Pro Circuit continues to layeth the smacketh down on the 250 Class. Following RedBud, not much has changed. Reed and the Ryans finished 1-2-3, while the PC boys swept the podium yet again. But you will read plenty about the racing throughout the week, so let's get to the lap times, brought to you by Motion Pro.

TwoTwo Motorsports/Bel-Ray's Chad Reed continued his hot start to the season, taking the moto one win at RedBud, but boy did Ryan Dungey make it difficult. The Rockstar/Makita Suzuki pilot hounded Reed all the way to the final turn, but came up short in his bid to break into Reed's stash of points. Just in case you were wondering, Reed set the fastest lap of the moto with a 2:13.107 on lap three.

Monster Energy Kawasaki's Ryan Villopoto finally broke out of his second-moto slump at RedBud. Villopoto absolutely destroyed the field en route to his moto victory, all the while setting the fastest lap of the moto with a blistering 2:10.767 on lap three. 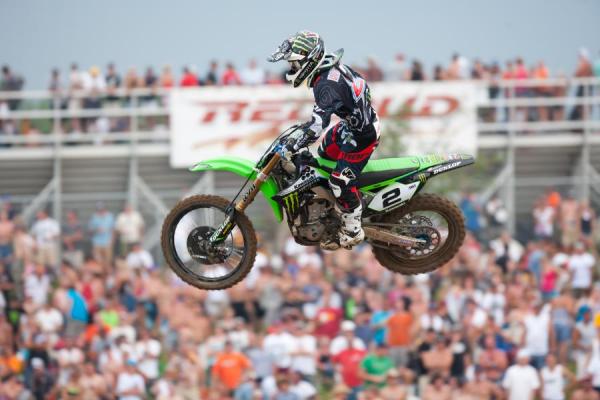 GEICO Powersports Honda's Justin Barcia once again proved to be a vital threat to the Pro Circuit trio, but like Thunder Valley, mistakes would cost Barcia in his bid to break the Pro Circuit streak of victories. Regardless of how he finished, Justin can take solace in knowing that he set the fastest lap of moto 1 with a 2:15.005 on lap two.

Is it just me or is Blake Baggett beginning to resemble a young Ryan Villopoto? This kid has got loads of talent with a quiet assassin mentality to match. If he can continue to put in consistent results we may just have a three-way battle to the finish for the 250 title. And yes, he did set the fastest lap of moto 2. 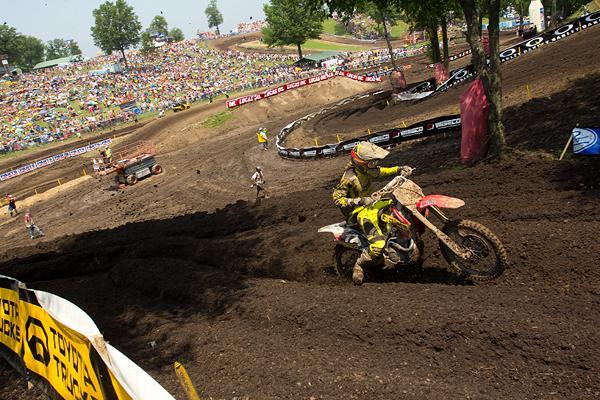 Jessica Patterson and Ashley Fiolek continue to show their dominance in the WMX class. Patterson set the fastest laps in both moto, but lost valuable points as Fiolek went 1-1 for the overall in her native state of Michigan.