MEDLEY
Mike Alessi visited  with the ill children and  their family's and the Denver Ronald McDonald house the night before the event .. 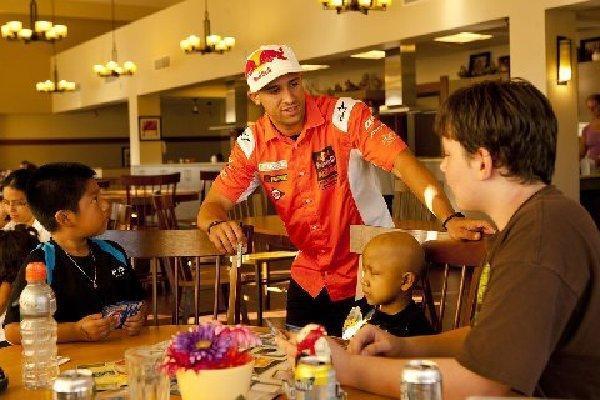