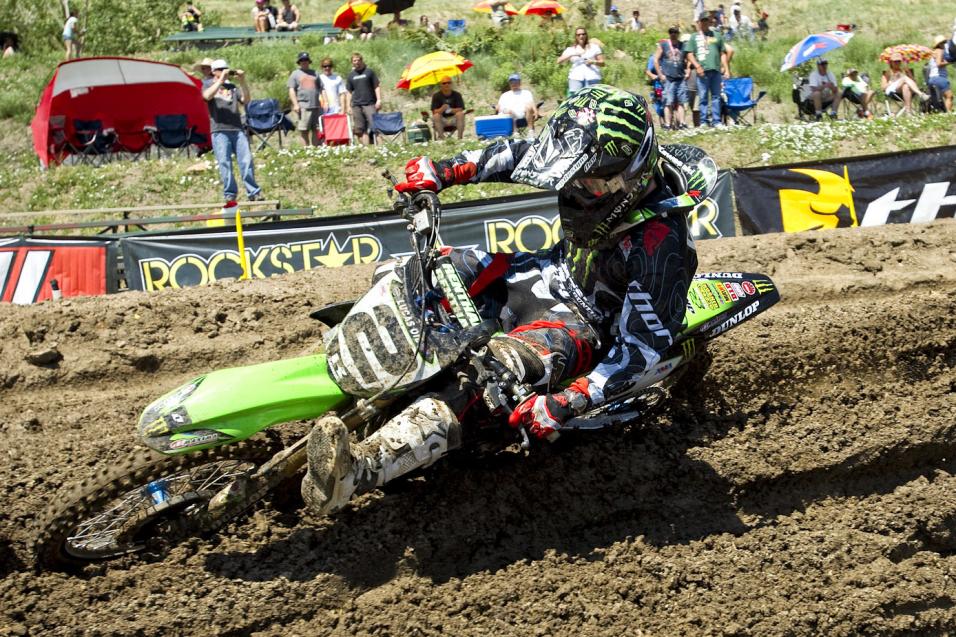 The biggest question heading into Round 5 of the Lucas Oil AMA Motocross Championship was who could handle the…wait for it…altitude! Altitude has been the theme of the week, and everyone from the riders, to mechanics had to make adjustments heading into the thin air of Thunder Valley.

Christian Craig was once again the darling of the first moto, as the Troy Lee / Lucas Oil Honda rider would grab his second holeshot of the year with all the big guns in tow. Reed would round the first corner in second with the Ryan’s right on his heels. Josh Grant in only his second race of the season would round out the top-five.

Reed would pressure Craig early and often but Craig was steadfast in holding off the point’s leader advances. With Villopoto breathing down his neck, Reed made a strong move on Craig and the two came together with Reed getting the worst of the deal, leaving the door open for Villopoto to move into second. Unlike Reed, Villopoto was able to get around Craig early. Craig would fall off the pace of the leaders shortly after, as he was gobbled up by Reed and Dungey.

With Villopoto beginning to widen the gap between himself and Reed, Dungey began to make his move on Reed for second. But Dungey would make a mistake and drop it in a corner allowing Reed to gain some breathing room. Dungey was down but not out, as he charged right back at Reed and was finally able to chase down the points leader late in the race and make the pass for second.

Villopoto would cruise to the moto one win, followed by Dungey, Reed, and the not yet retried Kevin Windham. Mike Alessi would take fifth, with Craig finishing sixth after a tremendous start. Andrew Short, Ricky Dietrich, Brett Metcalfe and Jake Canada would round out the top-ten.

Just when thing started to go right for Josh Grant he was once again struck down by the injury bug. Grant had to pull out of the race early while running fifth after he reportedly injured his already surgically repaired knee. Stay tuned for more reports on Grant's injury as they come down the wire.