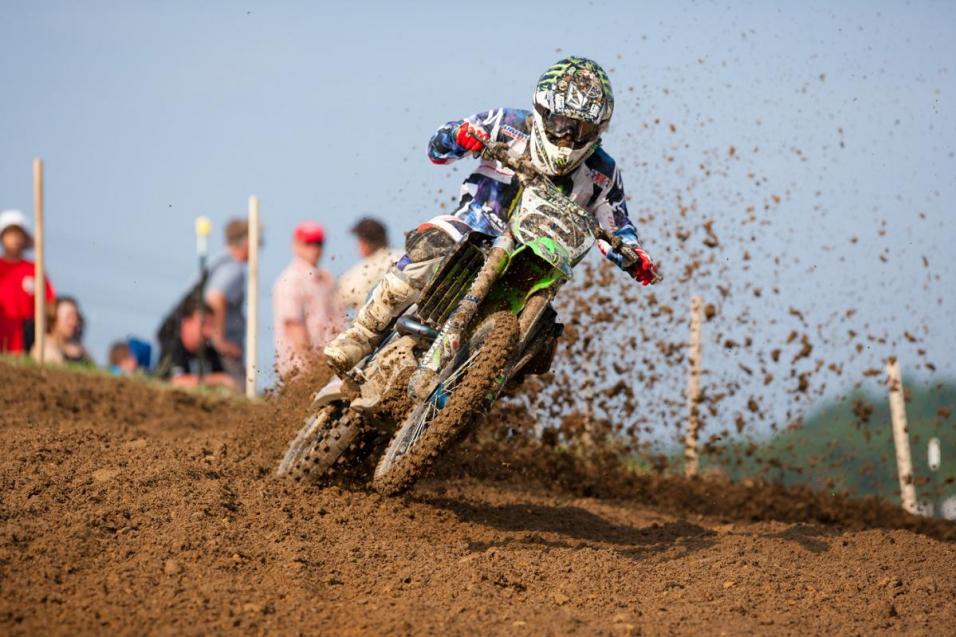 June 11, 2011 2:05pm
by: Aaron Hansel
High Point Raceway Mt. Morris, PA High Point Raceway Lucas Oil AMA Pro Motocross Championship
Ryan Dungey grabbed the holeshot in this one, only to bobble (possibly a false neutral) and hand the lead over to Ryan Villopoto. RV took the lead, dropped the hammer and completely checked out, leading every single lap of the race. Dungey rode by himself in second, finishing miles ahead of third-place finisher Mike Alessi, who after the race was docked a position for jumping the starting gate, giving third to Millsaps.

Kevin Windham and Alessi battled hard for the first half of the race, but Windham ended up fading, which allowed the hard charging battle of Jake Weimer, Chad Reed and Davi Millsaps to blitz by. Weimer was in the thick of this fight until he went down and lost several spots.

Millsaps continued to charge hard, swapping fourth place with Chad Reed several times before motoring away. Millsaps was closing slightly on Alessi, but ran out of time.

RV took the win, followed by Dungey, Millsaps, Alessi (who was docked a position) and Reed.