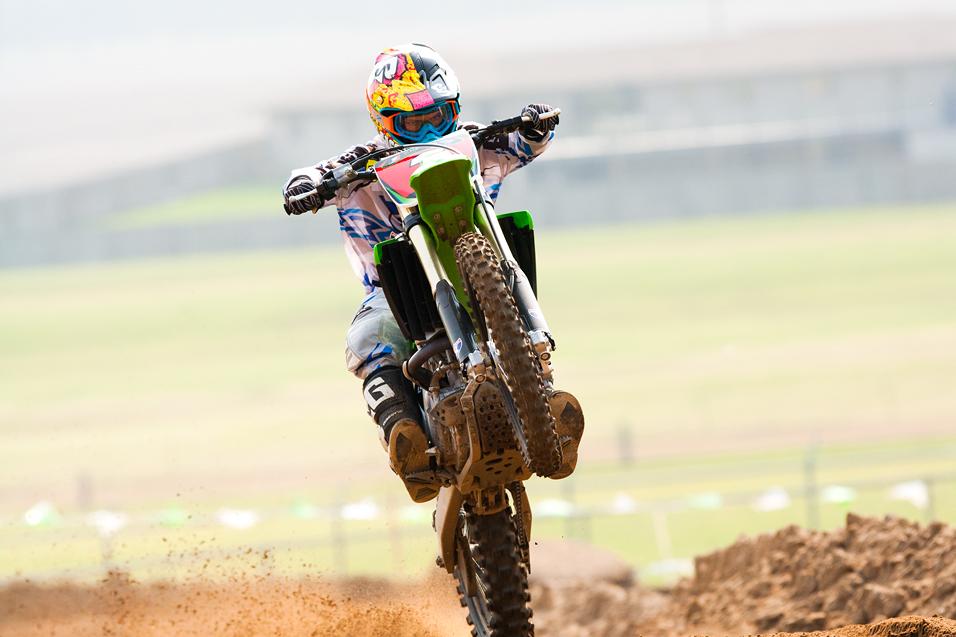 Advertisement | Advertise with Us
High Point Raceway Mt. Morris, PA High Point Raceway Lucas Oil AMA Pro Motocross Championship
Butler, PA’s Shane Durham helped us out earlier this week with testing the new 2012 Kawasaki KX450F at RedBud, and now the 20-year-old rider is switching gears in preparation for his first national of 2011 this weekend at High Point. The younger brother of Darryn Durham, Shane earned national number 83 for this season by only racing the last two nationals of 2010, and he’s this week’s featured privateer.

“After Loretta Lynn’s last year, I really had no idea what I was going to do next,” Shane recalls. “I was working for Chad Sanner at Eleven10Mods, and Chad told me if I wanted to ride Steel City, he’d help me out with a bike.” 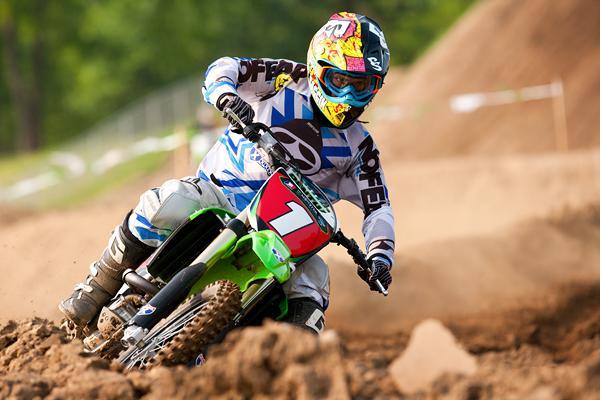 So after riding his brother’s old Suzukis for much of last season, Shane hopped aboard a CRF250R and started preparing for the annual Labor Day event. In his first professional moto, he scored a 16th and earned five points.

“Chad was pretty happy with how I did at Steel City, so he then offered to help me out for Pala as well, so off we went to Southern California.”

Shane had some previous experience riding the newest track on the Lucas Oil AMA Pro Motocross tour, so he felt confident racing the final national of the season at Pala. After almost holeshotting the first 250 Class moto, Shane settled in and went 17-19 for 20th overall on the day.

So while the industry shifted focus to AMA Supercross, Shane decided to sit out the indoor circuit because he didn’t have much supercross experience. It’s also difficult to find time to practice supercross here in the Northeast. “I just went to work full time at Eleven10Mods helping the crew tear down and rebuild engines. 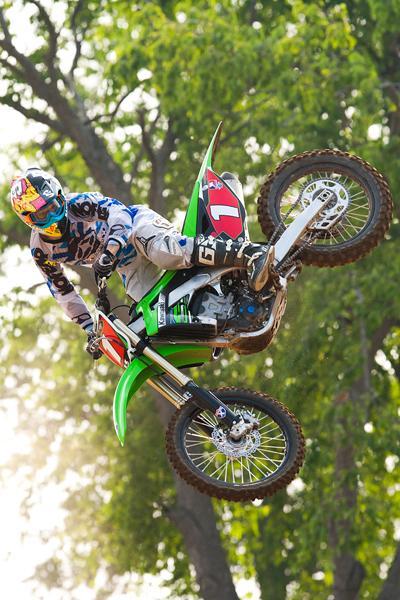 Shane throwing it down while testing the new 2012 Kawasaki KX450F at RedBud.
Photo: Andrew Fredrickson

“I really enjoy working for Chad,” he adds. “I’ve learned so much about engines. I haven’t got to the point where I’m building them back up yet, but hopefully soon.”

During the long winter months he got the itch to race an arenacross event in Ohio, but unfortunately that resulted in a separated shoulder, sidelining him until the 2011 motocross season.

Due to lack of sponsorship dollars (Shane only has one bike to race and practice on at the moment), his first national of the season will be at High Point this weekend, where he’ll be aboard a Mosites Motorsports/Eleven10Mods Honda CRF250R.

“I love High Point,” Shane says. “We grew up racing there and it’s definitely one of my favorite tracks.” 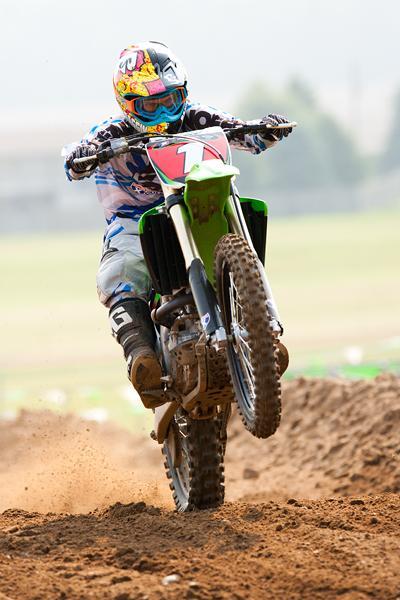 Shane will be riding with the help of Mosites Motorsport and Eleven 10Mods this weekend.
Photo: Andrew Fredrickson

His goal for this weekend? “I want to be in the top fifteen. I know the track, I’ve been training hard and I feel I’ve been riding well, so that’s where I want to be.”

Judging from how he looked at the KX450F intro earlier this week at RedBud, it shouldn’t be a problem for Shane to meet his goal, so keep an eye on the number 83 this Saturday.