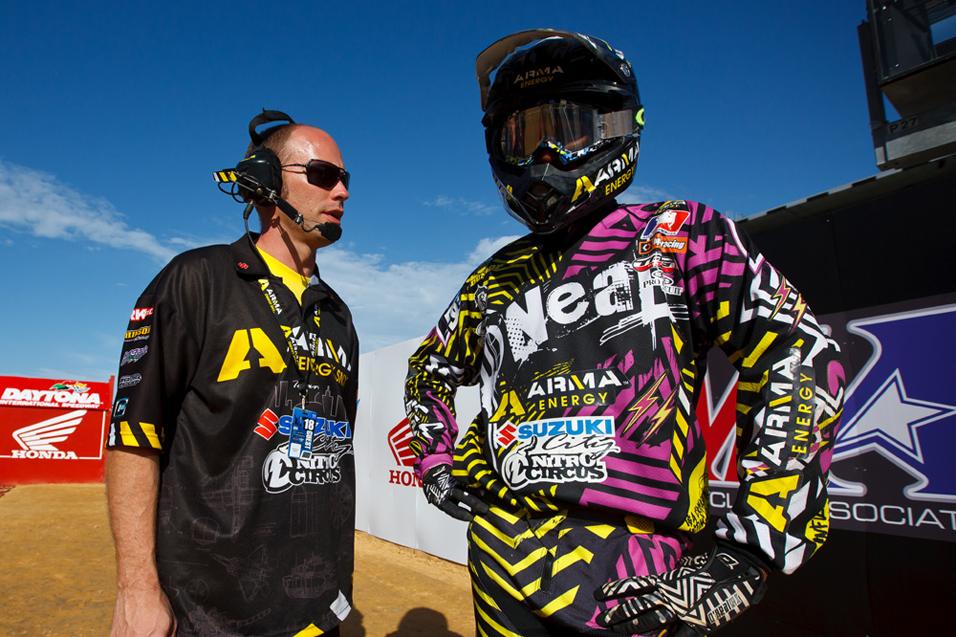 May 26, 2011 2:30pm
Freestone Raceway Wortham, TX Freestone Raceway Lucas Oil AMA Pro Motocross Championship
Michael Nasakaitis is the man behind the ARMA Energy/Suzuki City team. During the week he owns and operates the top Suzuki motorcycle dealership in the country [Suzuki City in Biloxi, Mississippi]; on the weekends he runs his fledgling race team. That’s a seven-day a week job right there, let alone raising a family, so Michael deserves much more credit than he receives. We decided to give Michael a call and get his thoughts on the opening round of the 2011 Lucas Oil AMA Pro Motocross Championship at Hangtown.

Racer X: Michael, well, Hangtown was full of ups and downs, but let’s start with the positives—you had one of your ARMA Energy/Suzuki City bikes in the lead of the 250 Class at one point, so that’s a promising way to start the outdoor season.
Michael Nasakaitis: Oh, for sure. Malcolm [Stewart] definitely showed that he’s got the speed and the skill to run up front. He kind of shocked us on the start. We know our bikes are fast, but Malcolm is a bigger kid on a 250F, so for him to pull a top two or top three start and to get up there so easily kind of surprised us. 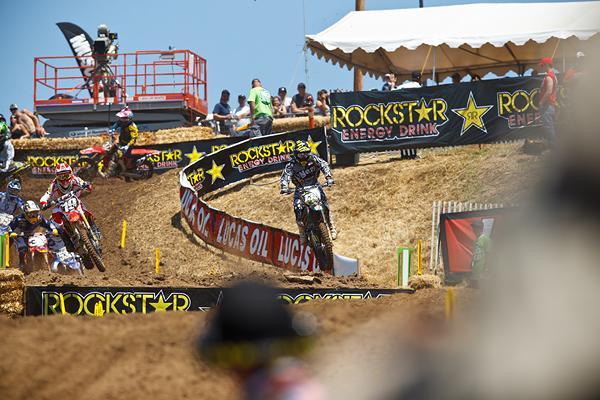 He was also a good starter in supercross and was also very close to getting a podium indoors. So let’s back up a bit and talk about how that series went for you guys.
Supercross was pretty much all positive for us. Even the times that he wasn’t running in the top five or top ten, he was still fast. Staying upright was the one thing that got him most of the time. A lot of his crashes were just from not letting up or not backing down when a lot of the other guys were there.

Still, he scored two fourth-place finishes and a fifth, I believe.
Yeah, two fourths and a fifth—we were really pleased with how he did.

I remember talking to you prior to the supercross season, and as usual, it was a mad dash finalizing your sponsorships, but it looks like you secured something really good with ARMA Energy.
Oh yeah, we couldn’t be happier with ARMA. They came in and put together a really good deal for us. Everything has been 100 percent professional on their part, from the look to the support—everything has been top notch. 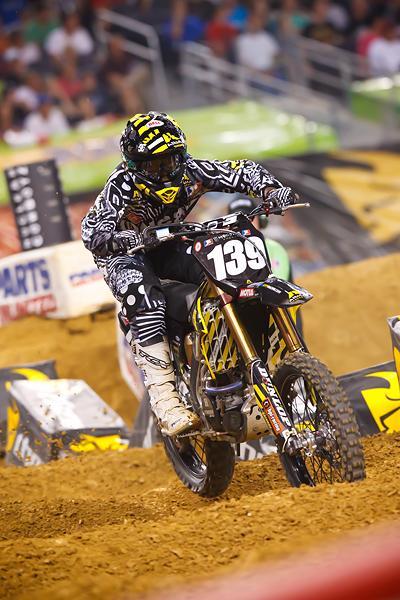 Back to Hangtown—a lot of people are wondering where number 54 was. What happened with Jason Lawrence?
Yeah, that’s a work in progress. We’re still working on that…

I take it you can’t really elaborate on that.
No, not at the moment, Bill. Sorry.

No worries. Well, I also saw Scuba Steve [Steven Clarke] out there in the 250 Class running your graphics….
Yeah, Scuba has ridden for us the past two years and he called and was on break from the British World Championships and wanted to do a couple of rounds for us, so we had enough stuff sitting around that we put a bike together for him. He looked pretty good out there.

How many rounds is he racing for you guys?
He’s just going to do Freestone and that’s it. J-Law's bike was at Hangtown, but he was nowhere in site.

After that will you guys be looking to pick up anybody else?
We’ll have a bike in each class. We got the 450 sitting there ready to go.

Well, man, although Malcolm’s results weren’t what you had probably hoped, he shows a lot of promise, and I think you guys really have something to look forward to this summer.
Yeah, we do too. I think the most important part is that he saw that he could run the pace and that he belongs up there.

Has he been nervous this year?
If he has, he hasn’t shown it. He’s handled himself really well. He’s just an all around great kid. If you met him you’d know that he’s just a very laid back, polite kid.

One last question: If you had to recommend a particular flavor of ARMA Energy SNX, what would it be?
[Laughs] I like the granola. Actually, you know what, I take that back—the new Hellfire. It’s really good. 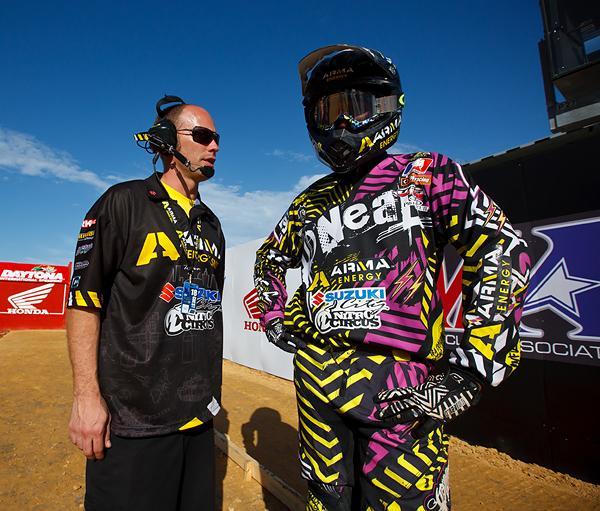 Stewart hopes to improve his on his 23rd overall finish at Hangtown this weekend at Freestone.
Photo: Simon Cudby

Here’s a video of inside the ARMA Energy SNX/Suzuki City rig at Hangtown courtesy of Bermcannon.com