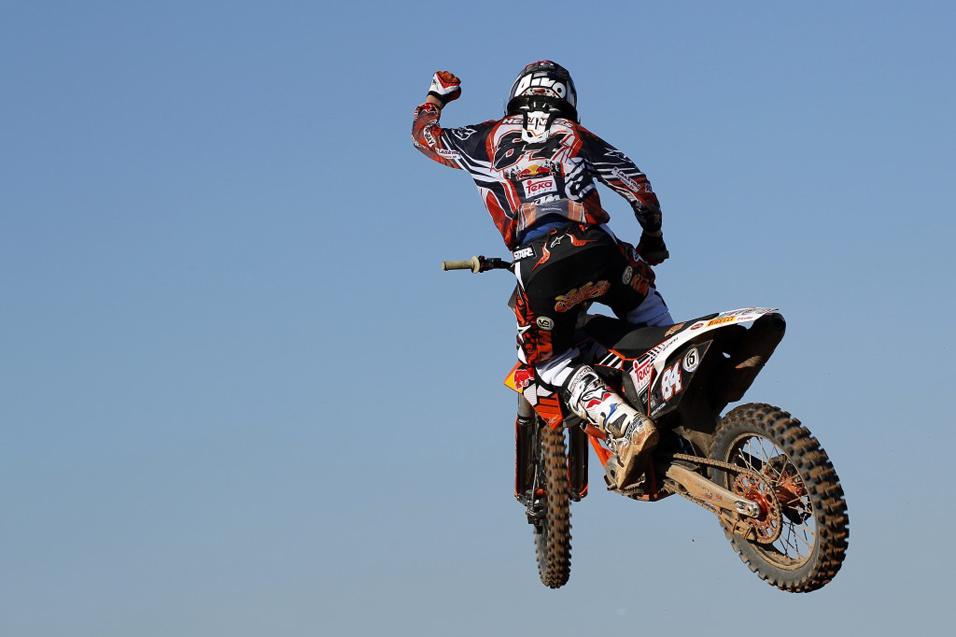 Advertisement | Advertise with Us
Ken Roczen proved that he is human after all. Errors in Brazil gifted works KTM teammate Jeffrey Herlings a second GP win of the season while David Philippaerts became the third winner from four in MX1 this year after a gripping set of motos played out on a vibrant and fitting stage.

For its many good points the Monster Energy U.S. Grand Prix lacked in areas that was more than made up for at Indaiatuba for the Brazilian round of the series and the fourth meeting of fifteen. Good weather and steady sunshine hit the small and constantly ‘turning and jumping’ course north-west of Sao Paolo (a GP venue in ’99), the grandstands were sold-out and the many Brazilians gave the event a boisterous energy of a soccer cup final. The racing was better too. 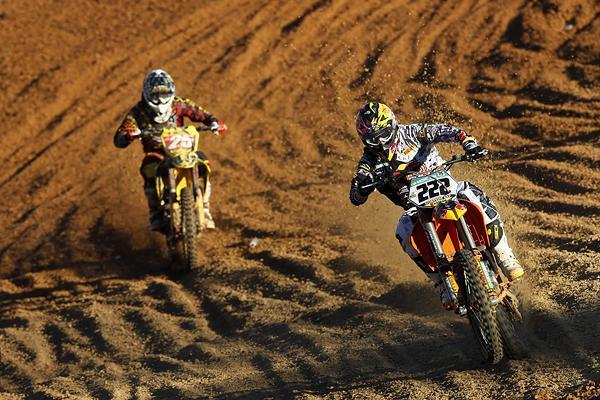 Cairoli would take the moto 1 win, but would lose out on the overall to Philippaerts.
Photo: Courtesy of KTM

Monster Energy Yamaha’s David Philippaerts conquered MX1 for the first time since the French Grand Prix last summer. The Italian went 2-1 on this occasion in South America compared to his 1-2 of 2010 that saw him surrender the top step of the podium to World Champion and Red Bull Teka KTM’s Tony Cairoli. Yesterday it was Cairoli’s turn to fill the runner-up slot. Both riders were part of two enthralling tussles that involved Steven Frossard (partially supressing a thumb problem from Glen Helen), Clement Desalle (uncharacteristically error-prone at a rough circuit he kinda admitted got the better of him) and Steve Ramon. Moto2 was the more frantic of the two and it was Rockstar Suzuki’s Desalle who over-jumped a table-top and crashed out of the lead that permitted Philippaerts to hit the front. Cairoli attacked in his usual style in the closing three laps but Philippaerts dug out the fastest circulation of the race at the last time of asking to obtain the chequered flag by over a second. “Antonio was fast and I knew he would come but I just focussed on the track ahead,” said the feisty former world champion. 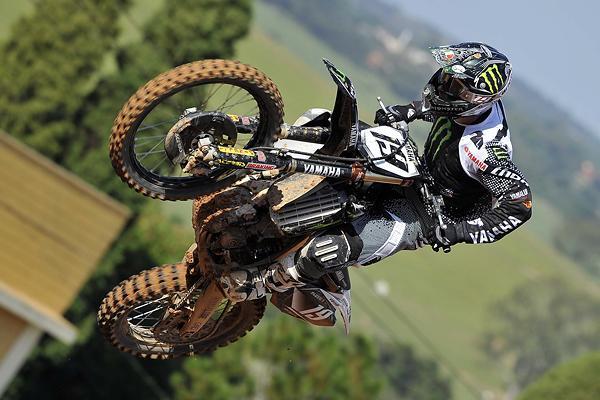 Philippaerts would take the moto 2 win and the overall in Brazil.
Photo: Courtesy of Yamaha

In MX2 Roczen was in ‘Glen Helen form’ during Moto1 and there was little Herlings or the returning-to-form Gautier Paulin could do. Zach Osborne was vomiting pre-race through the discomfort of a badly sprained right wrist and a heavy dosage of painkillers but fought to fifth in gutsy style. He would repeat the feat in Moto2. “Considering the circumstances, the day went OK but I feel like I am long overdue a podium,” said the Virginian. “I have the speed every weekend, I put in the effort and my endurance is good but my wrist has been hindering me.”

“It has been such a good event because the infrastructure here is like nothing else in the world and in my opinion there is nothing better in world championship motocross,” he added on the return to Indaiatuba and in front of a bike-mad public who were queuing at the gates on Saturday morning. “There were so many people and it cool to race in front of a crowd like that; we were doing whips on the sighting lap and they were going crazy.” 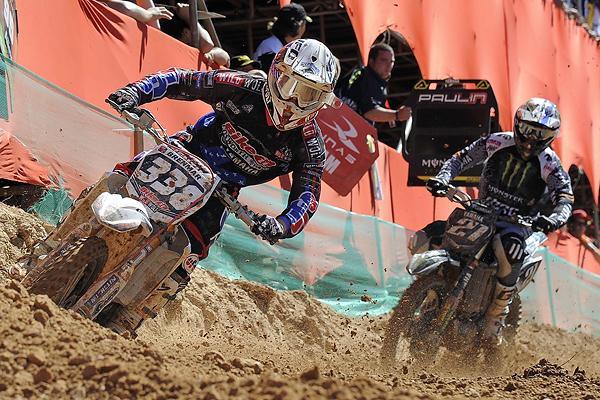 CLS Kawasaki Monster Energy Pro Circuit’s Tommy Searle was disqualified in the Qualification Heat for outside assistance from a fall and shunted to the outside of the gate for the short uphill start (another contrast to Glen Helen). The Brit turned-in arguably the ‘ride of the race’ in Moto1 to power his way to fourth but it seemed to come at a cost as he again had nothing for the KTMs in race two.

Herlings was actually able to close on Roczen at the second time of asking when the German surprisingly hit the deck. He fought hard to regain ground on his fellow adolescent but the push was too hard and he fell again. “Any rider can make a mistake but the second time was too much and I was disappointed with that,” said Roczen who let slip in the press conference that he intends to be racing Nationals in 2012 (no big surprise but nothing had been uttered from within KTM until that point). Herlings had his second GP of the year and the teenagers both have two triumphs and 100% podium records.

After the hike across the Atlantic a sizeable quota of the GP paddock will now be able to think about their first session of ‘practice’ for the Motocross of Nations in September when the FIM series restarts in a fortnight at St Jean D’Angely for the Grand Prix of France. 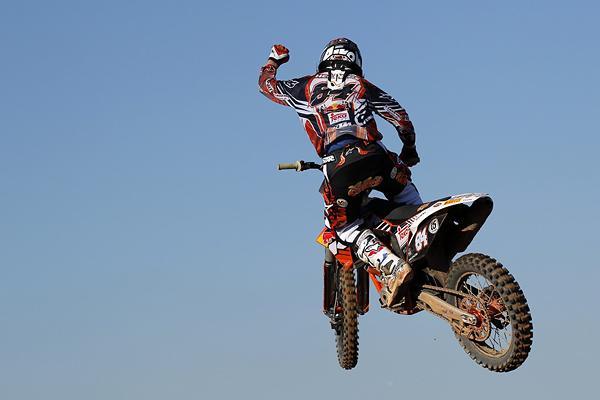 Herlings got a much needed win over Roczen in Brazil.
Photo: Courtesy of KTM

MX2 World Championship after 4 of 15 rounds