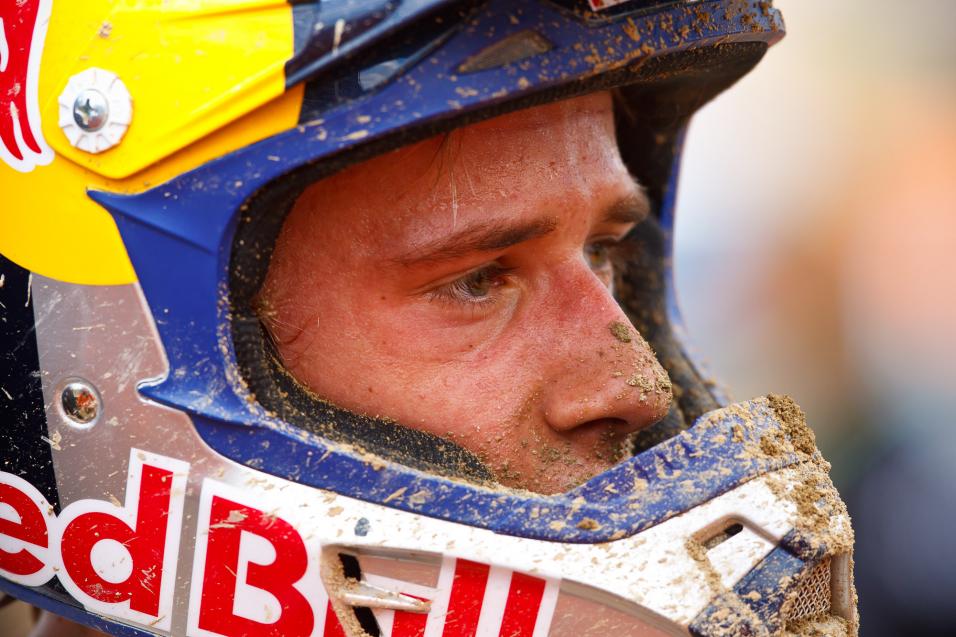 Advertisement | Advertise with Us
On a weekend where the FIM Motocross World Championship expanded to include three flyaways – Mexico will extend the American leg of the 2012 calendar – but contracted to meet a regulations ‘leveller’ with the AMA from this year’s Motocross of Nations onwards, there was a Monster Energy U.S. Grand Prix going on somewhere.

Rockstar Suzuki’s Clement Desalle and Red Bull Teka KTM’s Ken Roczen ensured that there was some diplomacy in the energy drinks stakes at Glen Helen that was otherwise dwarfed by immense presence from the green ‘M’. The presence of the company (two huge rigs at the center of the show) was all the more emphatic considering the amount of resources being placed into their title sponsorship of the Le Mans MotoGP occurring at the same time on the other side of the world. 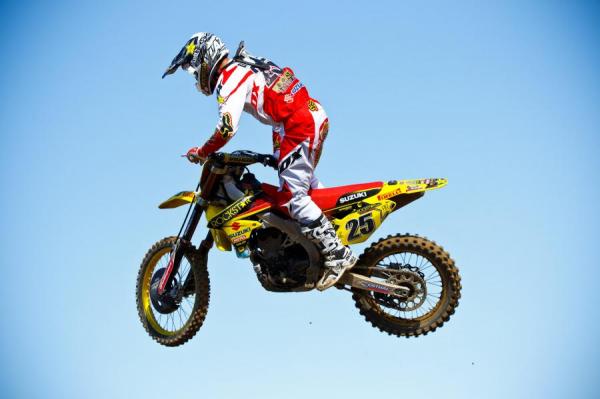 Desalle was impressive at Glen Helen going 1-1 for the overall.
Photo: Simon Cudby

Both the Belgian and German were undisputed masters of their respective MX1 and MX2 divisions on a blustery Glen Helen stage that was battered by freak rain and cold conditions. The scene was expectedly devoid of American class-leading riders and even though the race-day attendance appeared slightly up on 2010, it will still take more of a crowd to really establish the long-term future of the United States GP.

Roczen called Glen Helen his second home Grand Prix and exudes the sensation that he cannot wait long enough to win the MX2 title and come over to tackle the indoor arenas and outdoor soil. He gained revenge on fellow teenager and KTM teammate Jeffrey Herlings for the Dutchman’s dominance three weeks ago in the sand and CLS Kawasaki Pro Circuit’s Tommy Searle made up for an error-strewn and goggle-less run in the first moto to fill third-place overall and provide the series with the same podium trio for all three of the fifteen rounds run so far. 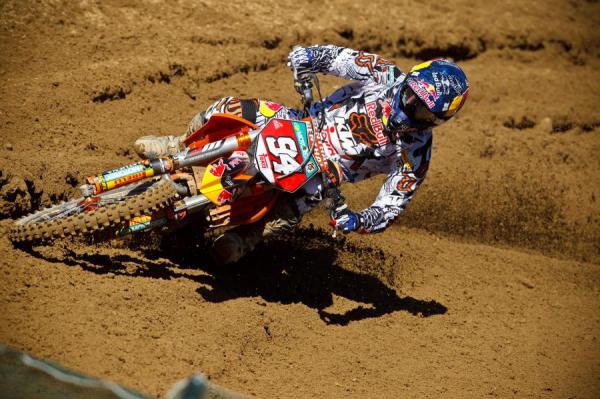 Roczen continues to impress. Dominating the field en route to the overall in the MX2 class.
Photo: Simon Cudby

Desalle was smooth, efficient and unwilling to entertain any suitors for his first position. Red Bull Teka KTM 350cc-wielding duo Tony Cairoli and Max Nagl came close to the rear wheel of the Suzuki at the closing stages of both motos, but catching and then passing Desalle have proved to be two very different tasks in the past. While Nagl was consistent to end the day as runner-up, Cairoli was unlucky. A small error on the first lap of moto 2 collected the immediate attention of a misfiring Steven Frossard. The collision took both down, Cairoli out of contention for a possible second win in a row and handing Desalle a fistful of points. Frossard would fall again and have to concede the red plate by the termination of proceedings.

A factory Honda battle between Evgeny Bobryshev and Rui Goncalves was decided in the favor of the former and the extremely humble and likeable Russian as he became the first from his country to lift an MX1 podium trophy and post the first noteworthy result in GPs since Vladimir Kavinov won the 1980 250cc Russian event. “I need someone to pinch me because it is like I’m dreaming,” he said. “It was something like 4:00 a.m. for all the people in Russia who were watching, so they did not stay up all night for that second moto for nothing.” 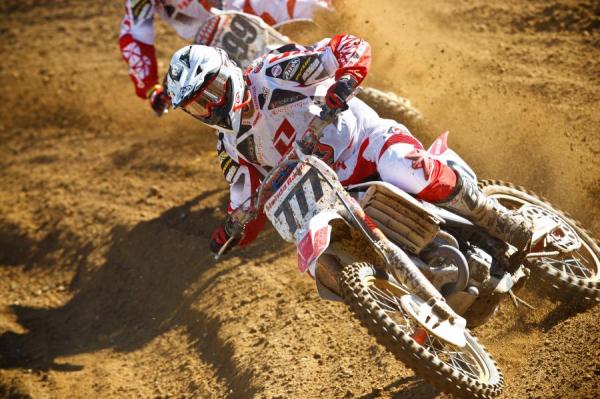 A hurting Zach Osborne defended his Marty Moates Cup as best American finisher with 5th overall in MX2 and his prolonged and successful chase of Max Anstie in the second moto was entertaining to chart. The Virginian was nursing a sore wrist after an earlier run-in with Anstie in the Saturday qualifier. “I didn’t have anything for the front three today but my fitness is good and I just need to pick up my starts a little bit because you can’t win a GP if you get away in eighth,” the 21-year-old British champion explained. “I wanted to win my home GP, but in the circumstances I’m happy.”

Aside from a decent gathering of names and industry in Southern California, the meetings between MX Sports and Youthstream could provide some interesting developments for motocross on these shores in the years to come. The agreement between manufacturers, governing bodies and promoters to adjust the rules to match weight limits (AMA spec), fuel (allowing AMA spec) and noise control (using the FIM’s 2m Max test, likely to force quieter motorcycles at the Nationals) is the first step of that new dialogue. As well as the shows of supremacy by Desalle and Roczen, Glen Helen 2011 also remains a bit special off the track for these developments. 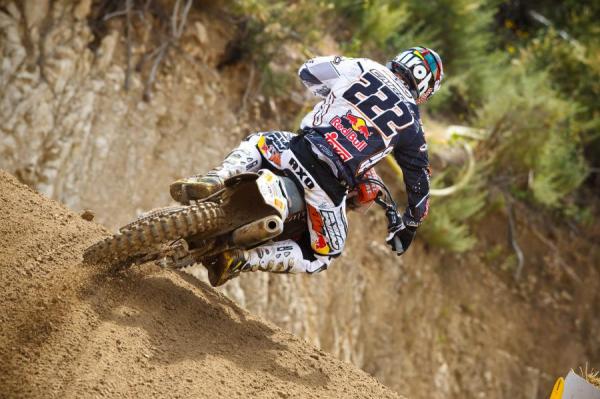 Most of the Grand Prix teams and riders will be hanging around Los Angeles and San Bernardino in the coming days before flying down to Sao Paolo and Indaiatuba for the Grand Prix of Brazil this weekend. 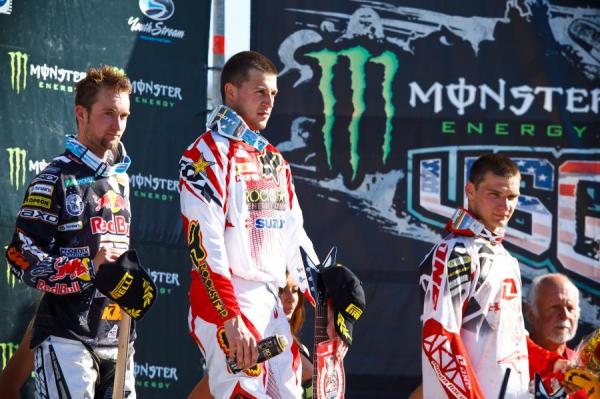 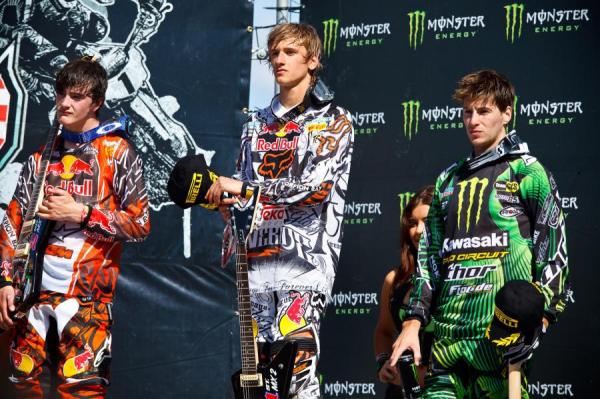