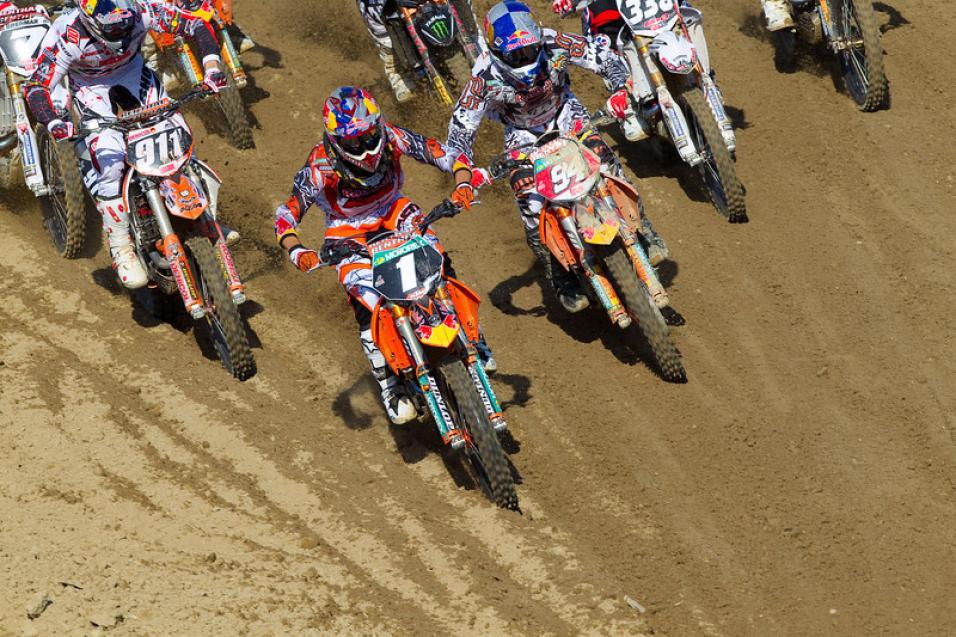 The 2011 Monster Energy U.S. Grand Prix of Motocross got underway yesterday at sunny and breezy Glen Helen Raceway with some long practice sessions and qualifiers for starting gate positions.  The track was nothing short of spectacular, with a wide array of deep sand sections, huge jumps, and the signature Glen Helen hills. The track, designed by Jody Weisel, had the riders clocking in close to the three-minute mark. And while there wasn't a lot of traffic out there -- they limit sign up to 40 riders per class, plus maybe 25 for the Vet race -- the track is getting rougher and bumper all the time. 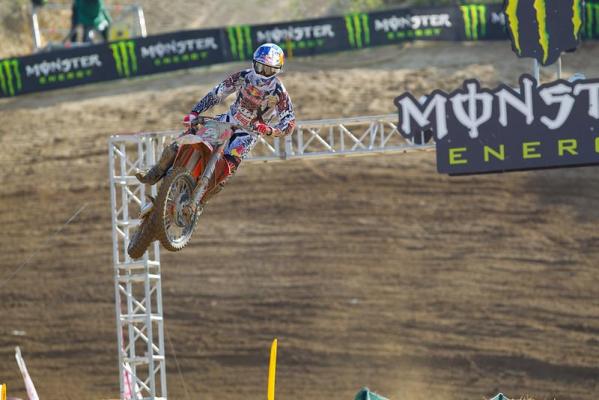 MX2 series points leader Ken Roczen looked fast and focused on Saturday.
Photo: Carlos Aguirre
The racing started with Vet World Championship action. Yamaha-mounted Doug Dubach led the way, using his jumping skills to outpace defending class world champ Matts Nilsson and a very game Darryll King from New Zealand. King started behind the two other primary contenders and was able to reel Dubach in to some extent, but the American held on for the win. 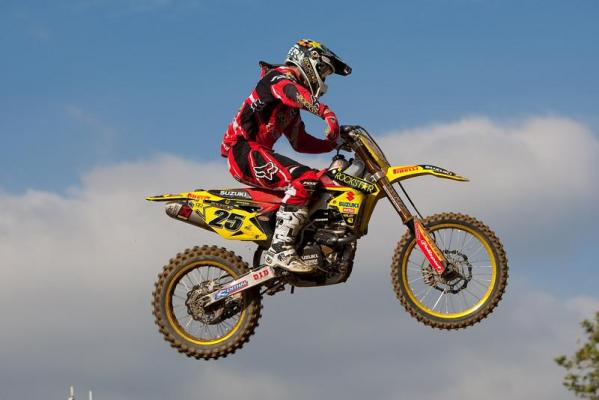 Winner of the MX1 qualifier race was Rockstar Suzuki rider Clement Desalle.
Photo: Carlos Aguirre
In MX2, Red Bull KTM's Marvin Musquin got to wear his #1 plate from last year for the first and likely only time and, after sitting out all of the AMA Supercross tour with an injured knee, he grabbed the holeshot over teenaged rockets Ken Roczen and Jeffrey Herlings. Roczen, the MX2 series points leader, got by early, followed by his rival Herlings, while Musquin seemed content to just ride in third and work on his pacing -- he is focused on the 2011 Lucas Oil AMA Pro Motocross Championships, which begin next Saturday with the Hangtown Motocross Classic. The top American was Troy Lee Designs' Honda rider Travis Baker in ninth. 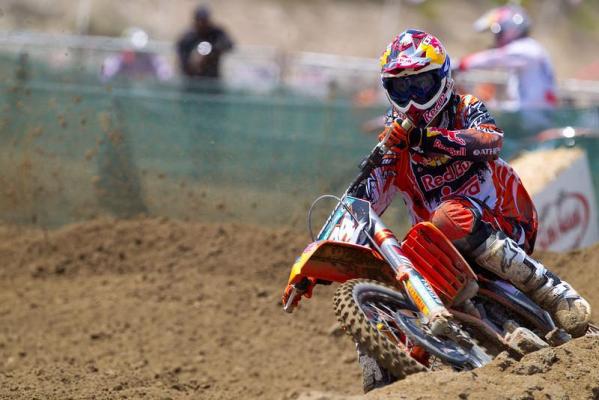 KTM rider Jeffrey Herlings was second on the Saturday qualifier.
Photo: Carlos Aguirre
In MX1, the last-minute offer of $100,000 to any American who wins this class will likely go unclaimed as none of the top U.S. riders entered the GP, using the short fortnight between the last AMA Supercross and first outdoor national to rest and test. The leader of the MX1 qualifier was the big Russian Evgeny Bobryshev, followed by Rockstar Energy Suzuki's Clement Desalle, winner of the first GP last month in Bulgaria. Desalle eventually went by to claim the win, followed by KTM's Max Nagl and Bobryshev, then series points leader Steve Frossard. Defending champ and GH '10 winner Tony Cairoli rode to a cautious seventh, using the race to learn the complicated track rather than burn energy chasing for the win. No Americans finished in the top ten in the qualifier race. 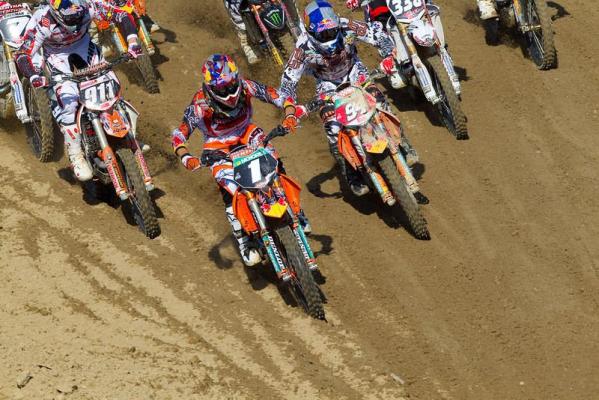 
The Grand Prix starts today at noon local time (3 p.m. ET) and can be watched live online for about $7 on www.mx-life.tv 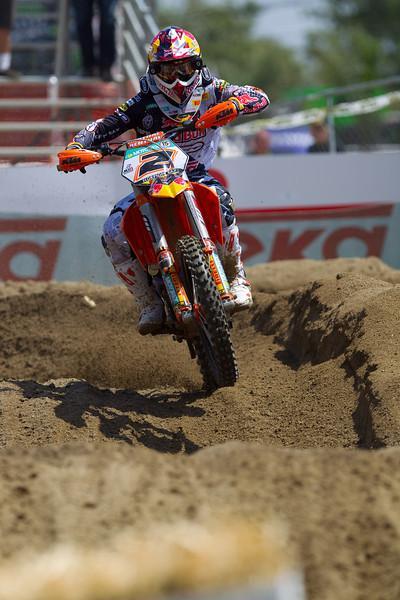 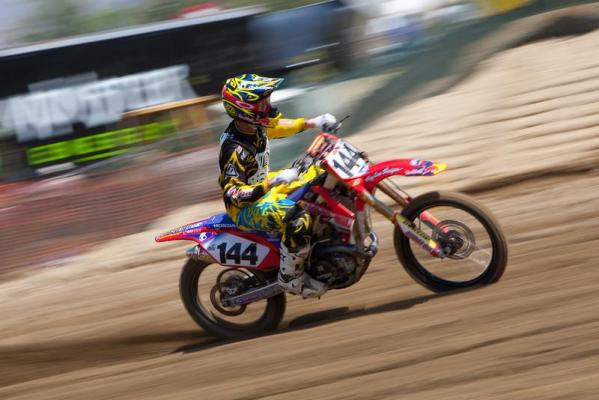 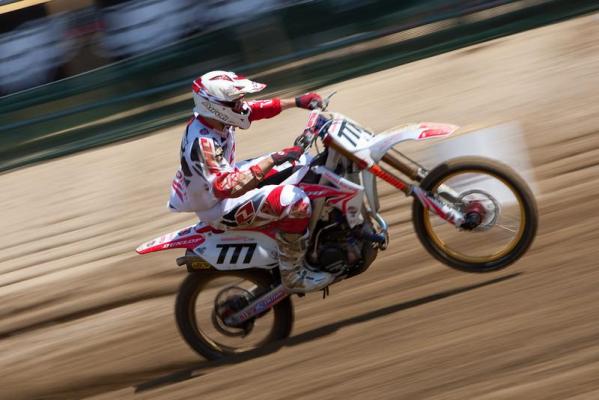