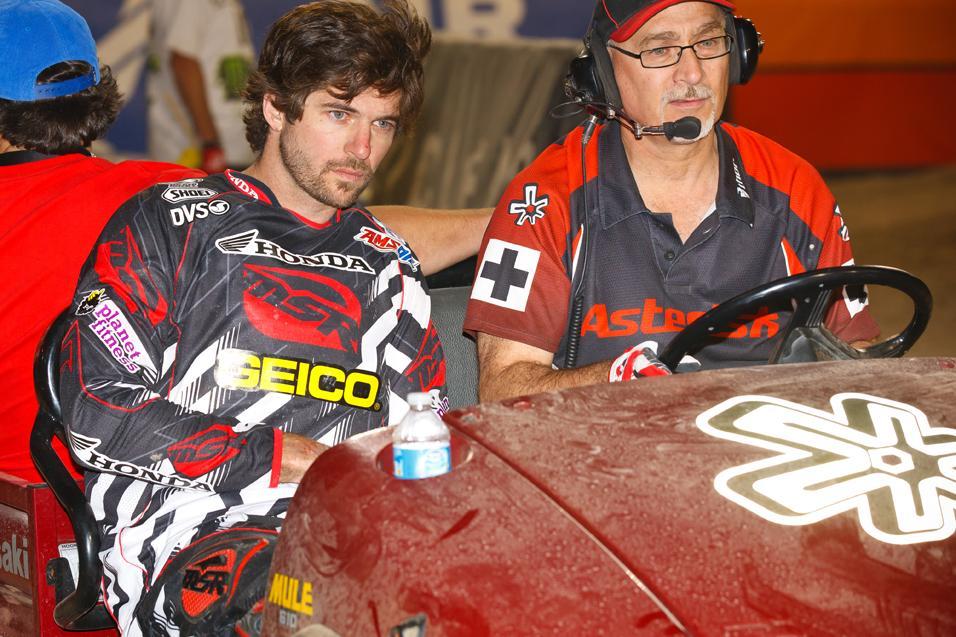 Advertisement | Advertise with Us
Jimmy Albertson – Knee
Comment: Recovered and preparing for Hangtown.

Mike Alessi – Miscellaneous
Comment: Crashed out in Vegas and is going to sit out the USGP this weekend in order to be 100 percent for Hangtown. 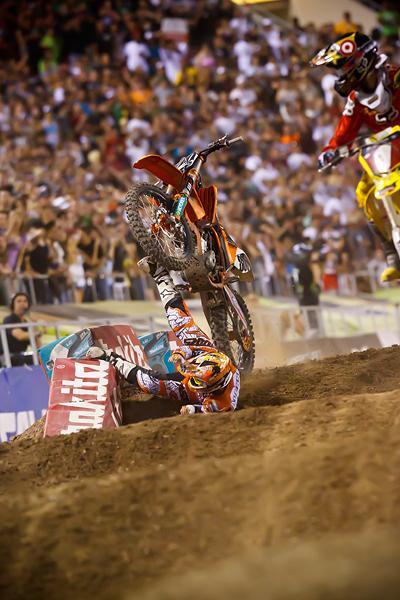 Daniel Blair – Leg and Back
Comment: Fractured his femur and L4 and L5 vertebrae in a practice crash at Anaheim 2, but is almost healed up. “Everything is looking good,” Daniel told us last week. “I’m going in for final CT scan today on my back. Blood cot is gone. Should be on the bike very soon. Been in the gym for over a month and feel great.”

Matt Boni – Tib/Fib
Comment: Crashed at the Dallas SX and sustained a compound fracture to his tibia and fibula in one of his legs. “My surgery went extremely well and my specialist is predicting a 100 percent recovery in a few months,” Matt said. “All the other Injuries that occurred were minor and have healed nicely up to this point, but no date for return has been set.”

Jarred Browne – Collarbone
Comment:  He had his left collarbone plated the Friday after the Dallas SX. His left kneecap broke in ten places and it is in a cast. His right wrist dislocated and broke. “I just got my cast off of my wrist and I’ll start therapy soon on that, the Rock River Yamaha rider told us yesterday. “And my knee is close behind. My collarbone is pretty much 100 percent. I’m hoping to be back on the bike in about two weeks.” 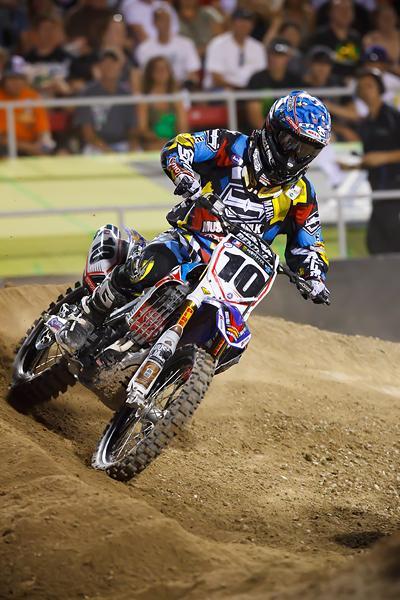 Brayton twisted his ankle at Vegas be should be ready for Hangtown.
Photo: Simon Cudby

Justin Brayton – Ankle
Comment: Twisted his ankle in his heat race in Vegas but will be ready to go for Hangtown.

Trey Canard – Femur
Comment: Undergoing intense therapy and is expected to returns to racing early in the Motocross season.

Cody Gilmore – Shoulder
Comment: Dislocated his shoulder in his heat race in Seattle and suffered a slight tear in his labrum. He said that he’ll be in physical therapy for around four more weeks.

Kyle Goerke – Wrist
Comment: Broke his wrist during his heat race in Jacksonville. He’s healed up and preparing for the outdoors now.

Matt Goerke – Wrist and Pelvis
Comment: According to a TiLube Racing PR, Matt suffered serious injuries with a shattered left wrist and multiple fractures in his pelvis. He’s recovering well and has two more weeks before he is back on the bike.

Josh Grant - Knee
Comment: According to a statement released by Honda, Grant underwent additional surgery to his right knee to repair his anterior cruciate ligament (ACL), the result of an injury he sustained at the Phoenix SX. He is currently ndergoing intense therapy and is expected to returns to racing early in the Motocross season.

Wil Hahn – Shoulder
Comment: Is visiting with his doctor next week, so we’ll have a detailed update then. 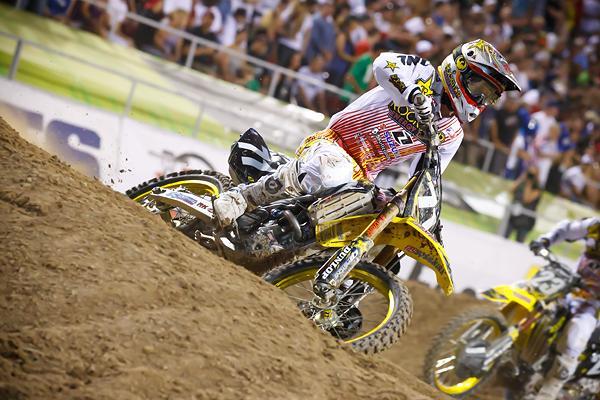 Tucker Hibbert - Wrist
Comment: The Snocross champion had a handful of outdoor events scheduled for this summer in the 450 Class but will is sidelined with a wrist injury.

Ryan Morais – Hip
Comment: Had surgery yesterday on his hip. According to his Twitter page, “Everything went good. It was an old injury that has really been bothering me.”

Myles Tedder - KNee
Comment: Had his ACL replaced last December but should be read for MX.

Jason Thomas – Knee
Comment: The BTOSports.com/BBMX Suzuki rider underwent ACL surgery yesterday. “Everything went well,” he said. “Going to miss the outdoors and then be ready for Sept/Oct races like Monster Million.” 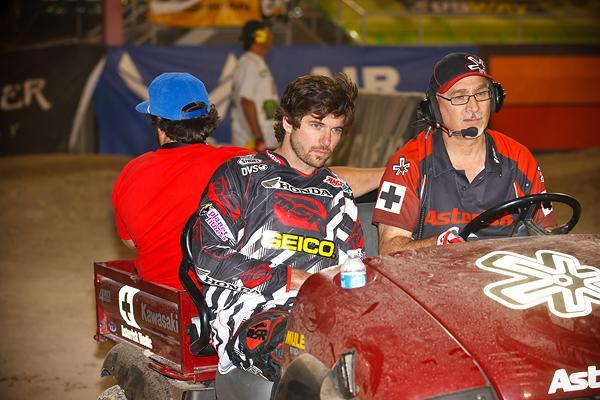 Windham is hoping to be ready for Hangtown after a crash at Vegas.
Photo: Simon Cudby

Kevin Windham – Internal injuries/Knee
Comment: Suffered a few bumps and bruises in his Vegas crash but hopes to be OK for Hangtown.