Clips from the Nitro Circus’ Australia and New Zealand tours have been flying around the internet for a while now, showcasing Special Greg’s “Special Flip” and Aaron “Wheelz” Fotheringham’s front flip—a world first for a wheelchair athlete—plus Mark Monea’s “Carry On,” also a world-first front flip 360 on a motorcycle. This is going to be a tremendous show—and we haven’t even scratched the surface. 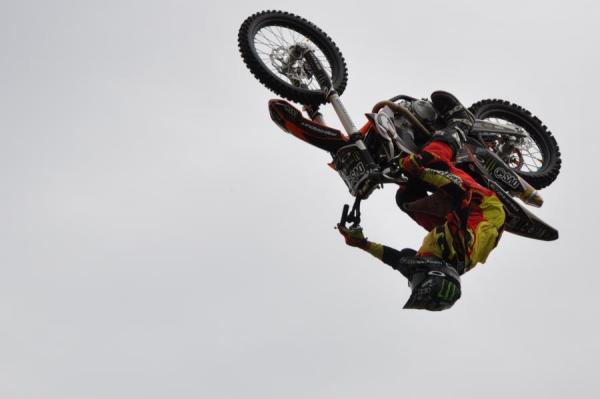 Picture the MGM Grand Garden Arena in Las Vegas. The seats are cascading up and the floor is a clean slate. Now, build a 50’ Gigant-A Ramp with a 30-40’ gap to a Resi-Lander. Now build three freestyle take-off ramps launching over a 75’ gap. Now imagine fireworks, a booming welcome, and then Chad Kagy, Andy Buckworth, and Special Greg hucking themselves off the Gigant-A … on BMX bikes! Next, Blake “Bilko” Williams, Cam Sinclair, and Travis are all pulling incredible freestyle tricks. There’s Erik Roner and Jim DeChamp! And that’s Dusty Wygle … in flip-flops with a boogie board!

The action-packed and funny show continues, featuring some of the world’s most talented athletes from a wide array of disciplines: BMX, FMX, skateboarding, rollerbladering, scooter riding, a pogo-sticking.... Yes, a guy on a pogo stick. The rest—well, the rest will have to be a surprise. 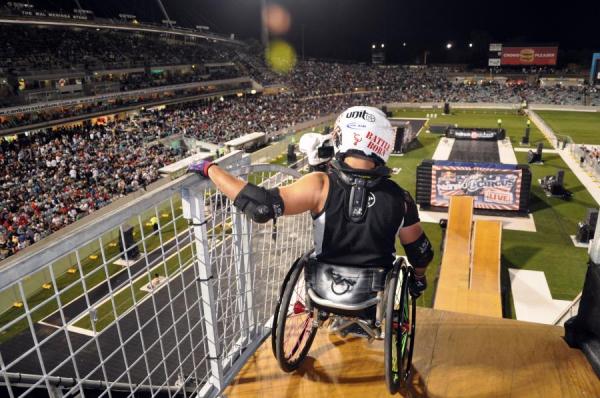 Come to Las Vegas on June 4 and see Travis Pastrana and his Nitro Circus crew. Jolene Van Vugt may just blow you a kiss, or maybe Travis himself will take you for a ride—during the show. You don’t want to miss this. 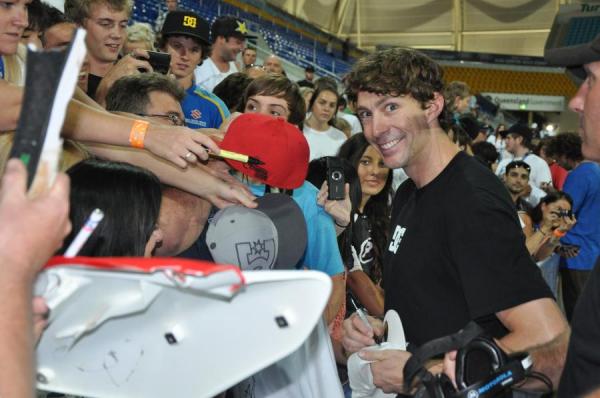 I think we all know who this guy is. 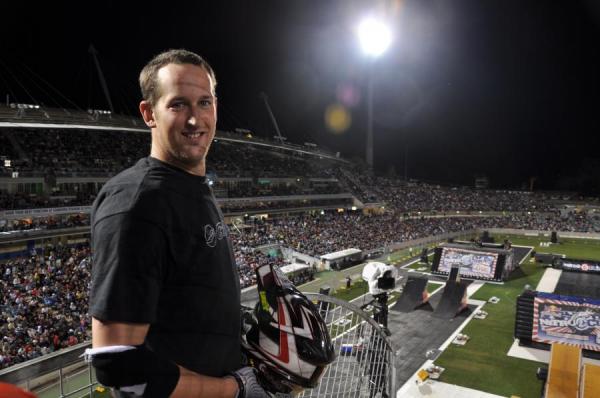 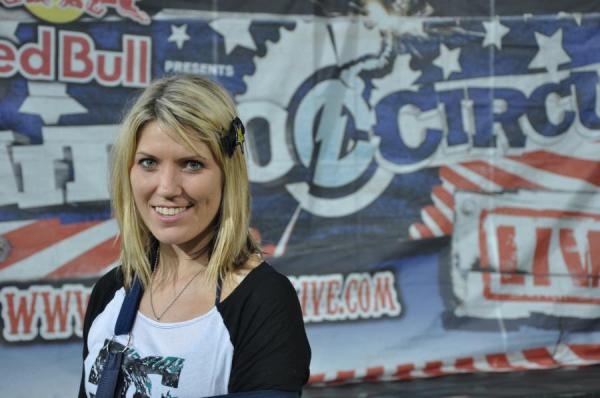 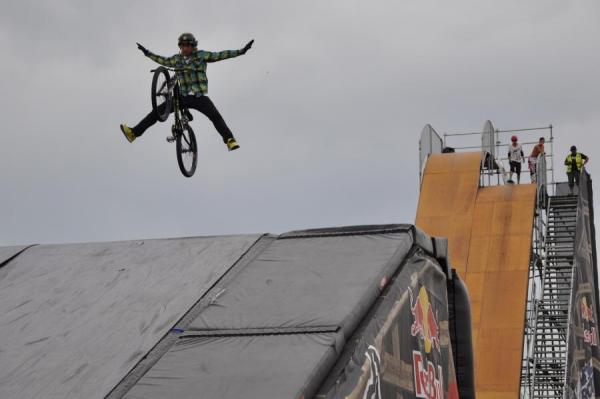 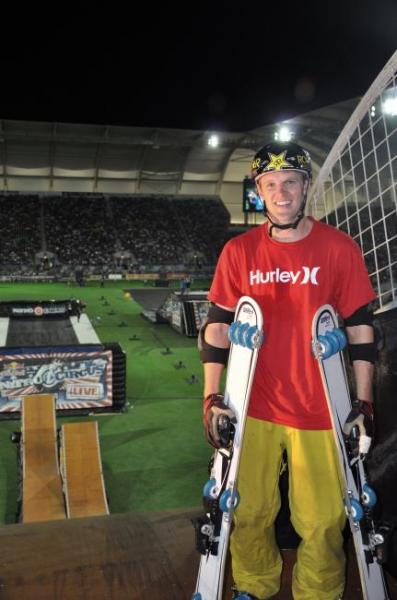 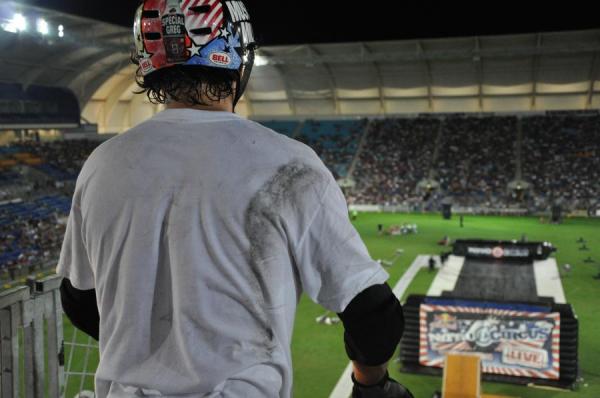 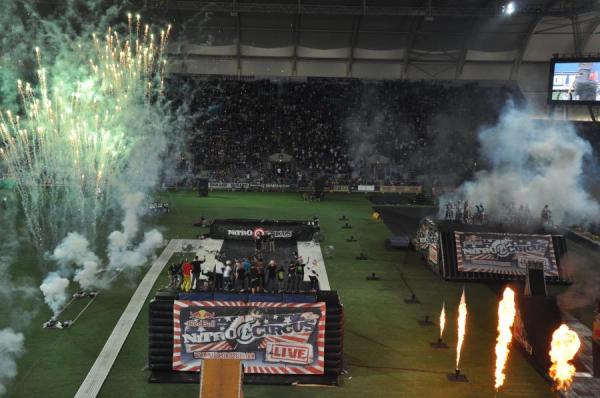 End of the night.