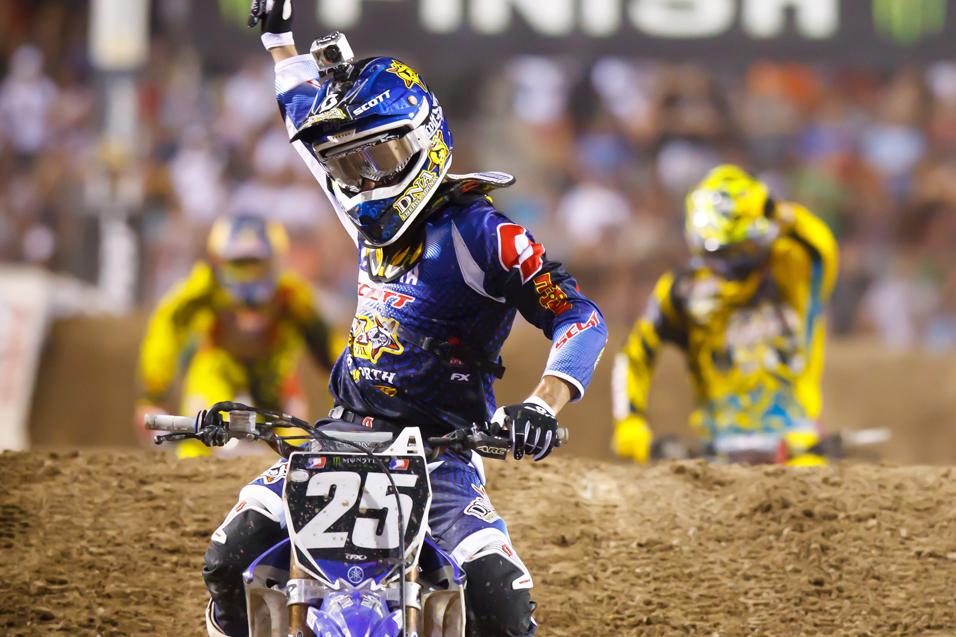 May 11, 2011 10:15am
by: Chase Stallo
Sam Boyd Stadium Las Vegas, NV Las Vegas Monster Energy AMA Supercross Championship
What a way for Monster Energy AMA Supercross to ride off into the Vegas sunset. With three titles up for grabs in Sin City, the already wild and crazy Vegas strip got turned up a notch. The Lites class put on a show to remember, but not to be outdone, Chad Reed and Ryan Dungey fought to the death for yet another victory in the AMA Supercross class. Now onto the lap charts brought to you by Motion Pro to see how the numbers break down.


Monster Energy Kawasaki's Ryan Villopoto claimed his first career SX title with his third place finish at Vegas. But RV wasn't out there just cruising around hoping to have the title handed to him. No sir, he was busy throwing down some soul crushing laps. He even managed to put down the fastest lap of the night with a 1:01.787 on lap eight. Congrats to RV on his championship run; it was well deserved. 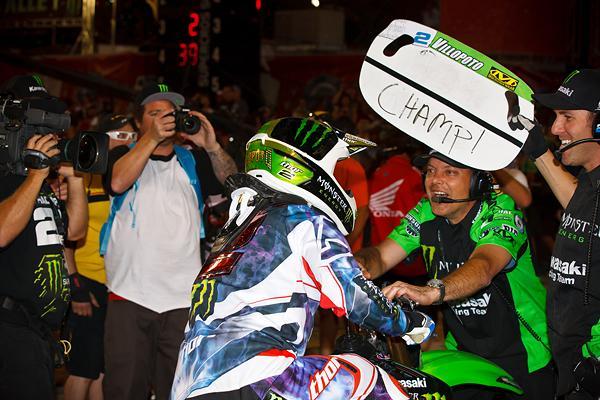 It hasn't taken Monster Energy Kawasaki's Jake Weimer long to adjust to the Supercross class. After missing all but the final two rounds with a broken arm, Weimer has returned with a fist full of throttle. He secured a place inside the top-ten at Salt Lake City and Vegas, and posted the tenth fastest lap of the night in Vegas. Now imagine if he was healthy the entire season, we may have been talking about the "Big Six."

It took a while, but Monster Energy Pro Circuit Kawasaki's Blake Baggett finally broke out of his sophmore slump. After grabbing a victory at Daytona, things have been a struggle for Baggett. But the young star managed to keep his focus and determination until the end, and rode home to his second victory of the season at Las Vegas. He also managed to set the fastest lap of the night with a 1:03.077.

Coming into the 2011 season many were skeptical of what we were going to get from ARMA Suzuki City's rookie Malcolm Stewart. After a few crash and burn efforts from the rookie early, Stewart really began to harnass the speed that made him a hot prospect coming out of the amateur ranks. With a fifth in Vegas Stewart moved himself into seventh in points, just ahead of privateer Lance Vincent for most points for a rookie in the East Lites class. Stewart also managed to put down the fifth fastest lap of the night in Sin City. 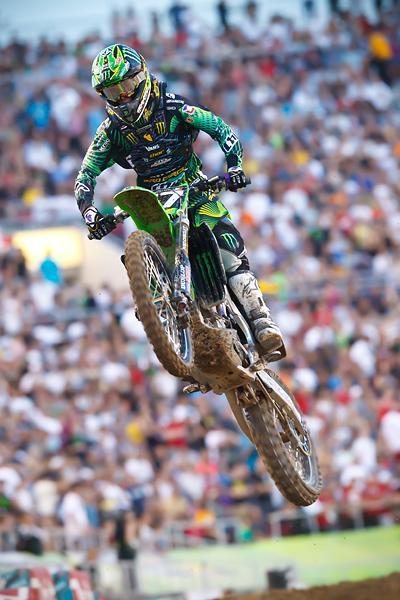 Baggett finally broke out of his slump at Vegas.
Photo: Simon Cudby

German wunderkind Ken Roczen finally took his first step to becoming a bona fide superstar this weekend in Vegas. The 17-year-old rookie finally had the breakout ride everyone has been waiting for en route to his first career SX Lites victory. Roczen also set the fastest lap of the night with a 1:03.401 on lap four aboard his Red Bull KTM.

Credit must also be given to DNA Shred Stix Yamaha's Kyle Cunningham. Cunningham has shown the speed to be a podium threat all year but he had yet to pull it all together until Vegas. Cunningham was on the pipe all night and scored his first podium of the season. He also set the third fastest lap of the night with a 1:04.167. 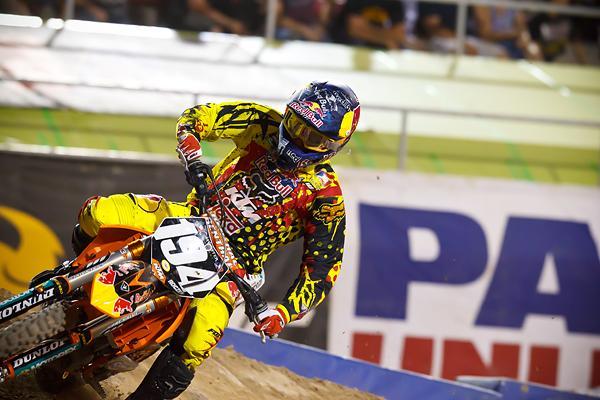 Roczen had a breakout ride at Vegas.
Photo: Simon Cudby

The Dave Coombs Sr. East/West Shootout got a makeover this year. Instead of being the only pony show in town it was up against a stable of horses in the form of the East and West Lites Championship races. But never failing to live up to the hype the East/West Shootout was once again one of the best races of the series with DNA Shred Stix Yamaha's Ryan Sipes taking home the victory and the second fastest lap of the night.

Once again it was the German Ken Roczen who would lay claim to the fastest lap of the night, this time with a 1:03.455, just tenths of a second off his West Coast Lites race pace. 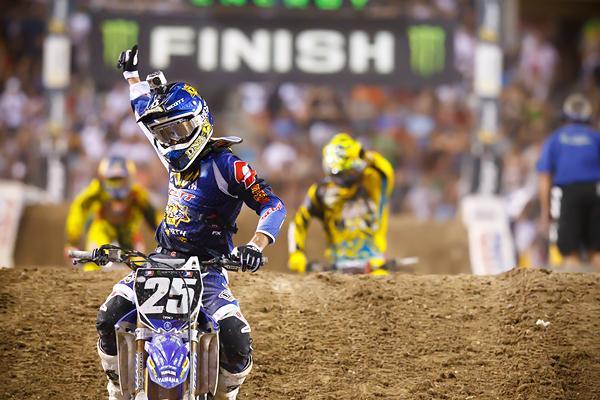 Sipes would take home the victory at the East/West Shootout.
Photo: Simon Cudby