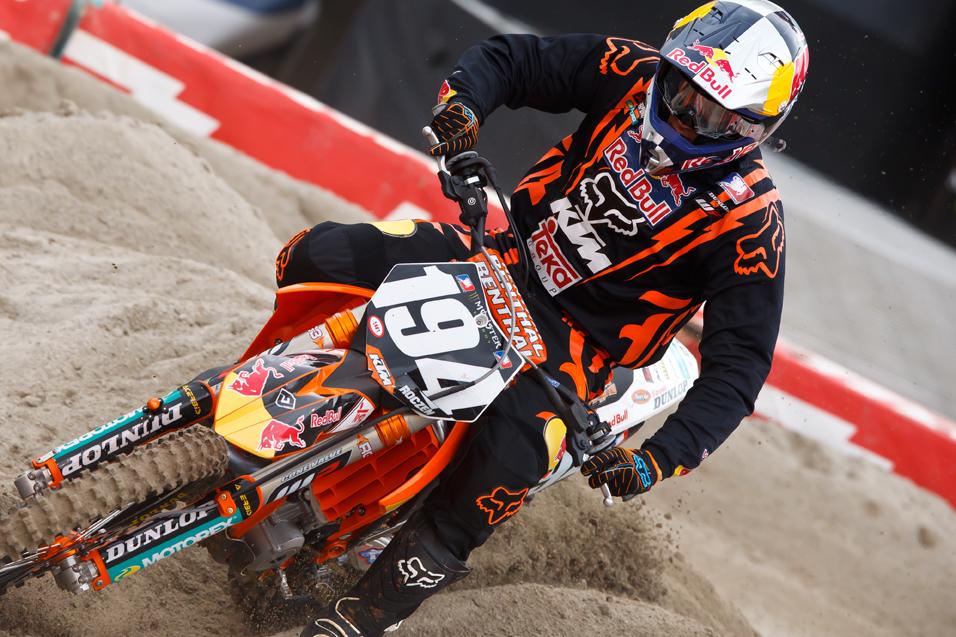 A few issues ago in Racer X, we ran a feature story on Red Bull KTM’s Ken Roczen and his amazing season of racing 250 Lites West as well as the MX2GPs. The 17-year old German kid isn’t fazed by much, and right now, he’s the wild card that just might determine the West Lites SX Championship. Roczen’s real quest is to win the GP crown this year and then, no matter what, he’s moving to America to race full-time in 2012.

So far, he was dominant at the first GP, and in the sand of the second round, he wisely took a second behind his teammate Jeffrey Herlings who was at his home track and a sand master. Roczen is leading the points over there. Over here, his Salt Lake City supercross ride was great as he took second. 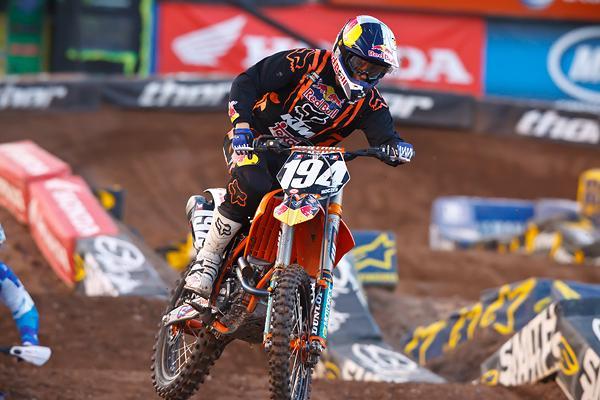 Although he’s only seventh in the points, Roczen’s ability is in the top three and his podium at Anaheim 2 and again here served notice that he’s for real. Roczen’s presence in these last two races really throws a monkey wrench into the title chase. His ride in Salt Lake helped Eli Tomac gain an extra two points, but this weekend in Las Vegas the very opposite could happen. He may just help out Tickle in one form or another. He’s got nothing to lose and has no pressure on him to do anything but his best.

And that might be enough to sway this title chase one way or another.