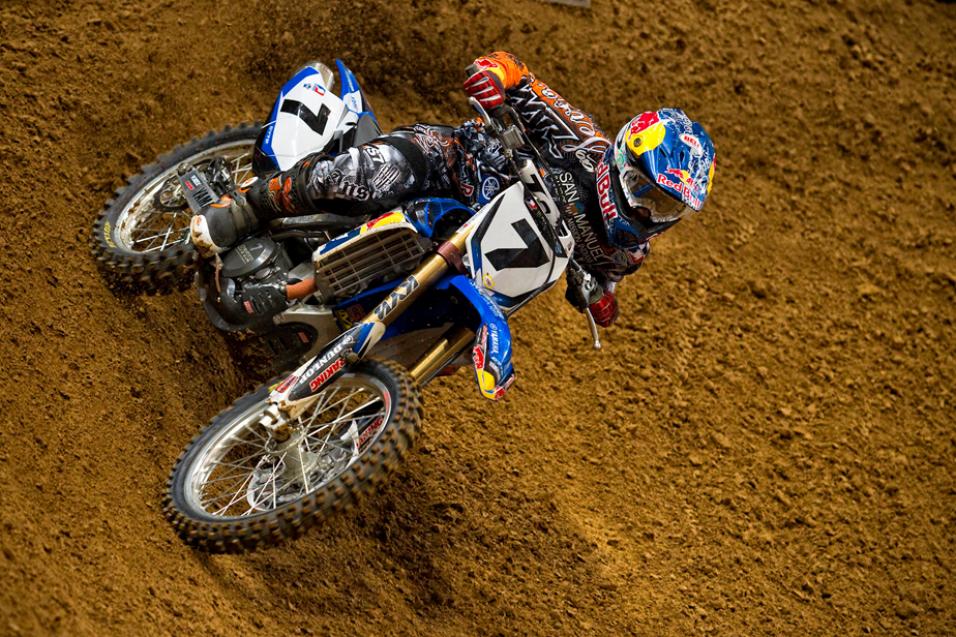 Round 14 of Monster Energy AMA Supercross from St. Louis was surprisingly tame, considering the gigantic points battle we have on our hands and St. Louis' flare for providing the excitement. But aside from a suicidal tuff block that decided to jump right in front of Chad Reed, St. Louis provided little drama as James Stewart jumped out front early and cruised to his first win in over a month. Now onto the lap charts, brought to you by Motion Pro.

James Stewart once again laid claim to his throne atop the top of the lap charts with a blistering 47.425 on lap three. But unlike weeks past where Stewart would set a blazing fast lap and then proceed to throw it away with costly mistakes, Stewart was finally able to put twenty solid laps together and take home his first victory since Anaheim 2. 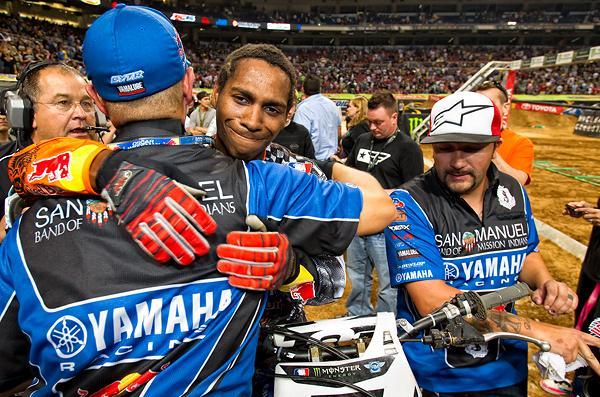 This was a long time coming for Stewart.
Photo: Garth Milan

Every once in a while the motocross gods bless us with a season like such. We are winding down possibly one of the greatest seasons in many of our lifetimes, and with that being said, an interesting fact from the lap charts this week caught my attention. Not only did the top five (Villopoto, Dungey, Reed, Stewart, Canard) in the points standings finish 1-5, they also finished 1-5 in the fastest lap category.  But what makes it really intriguing is that they all had the fastest lap in the order they finished—a bizarre circumstance for a bizarre season.

DNA Shred Stix/Star Racing Yamaha's Ryan Sipes continues to set the track ablaze with his lap times. For the second straight week Sipes put down the fastest lap of the night with a 48.107 on lap two aboard his YZ250F. 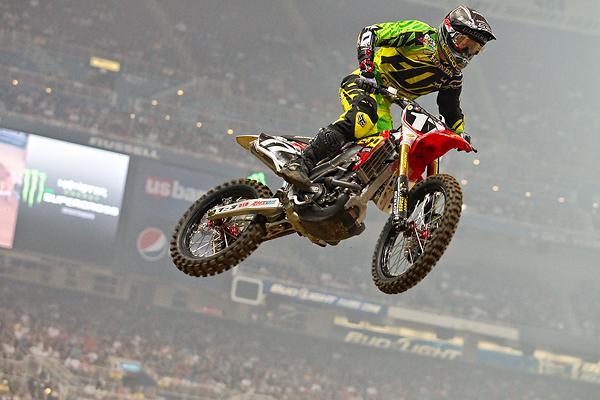 GEICO Powersports Honda's Justin Barcia is well on his way to capturing his first career Lites SX title after claiming victory in St. Louis. Barcia is now twenty points clear of Wilson and with only one race to go it is within reason to say that Barcia should win his first career title. But as we have already seen this season, nothing is out of the realm of possiblity, right? But back to the lap charts. Barcia set the second fastest lap of the night with a 48.356 on lap two.
Read Now
May 2020 Issue Now Available