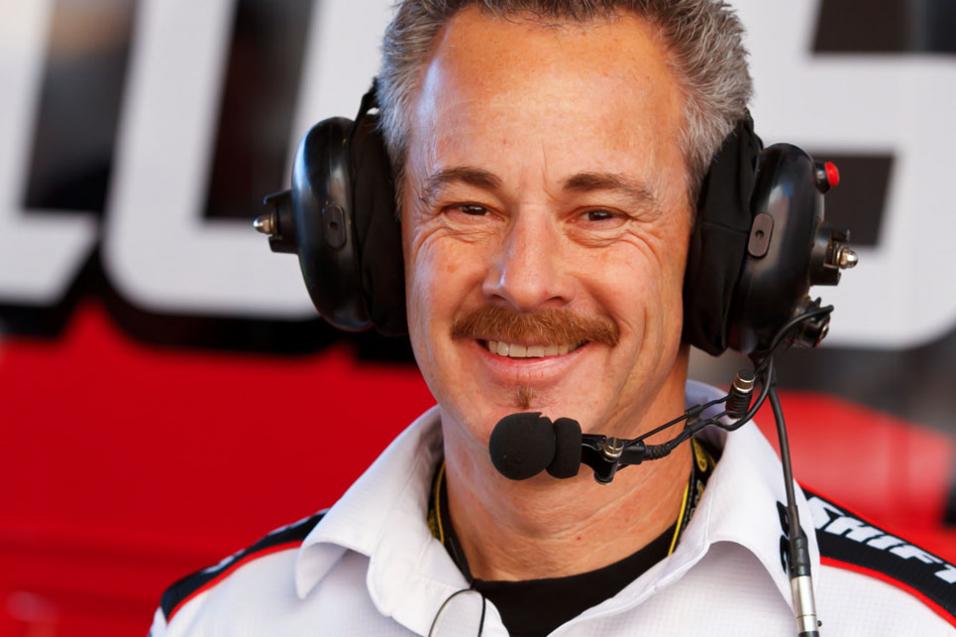 One of the most experienced team managers in the pits, Dave Osterman can be seen in the famous late-1970s “Let Broc Bye” photograph, and over the past four decades he has seen and experienced it all. That’s why it was no surprise when Chad Reed chose him to be the manager of his upstart TwoTwo Motorsports team. We caught up with Dave in the pits just a few weeks after Chad’s first big win of the season in San Diego.

Racer X: Dave, congrats on your new gig. How did things come about?
Dave Osterman: Basically, I made some calls and kicked some tires. I cold-called [Chad’s] agent and it went from there. Chad and I were always friendly, but I didn’t really know him that well. At the end of the day, we hooked up and made it happen. I’m really pleased to be back! You know, working in the racing business is like a studio job – it’s always changing, and I’m used to things moving very quickly, sometimes for the good and sometimes not.... But once I got the call, it was all systems go.

What was the time frame on this program coming together?
Well, basically, it was around Election Day 2010 that we decided to go for it. Which is what, November 8 or something? 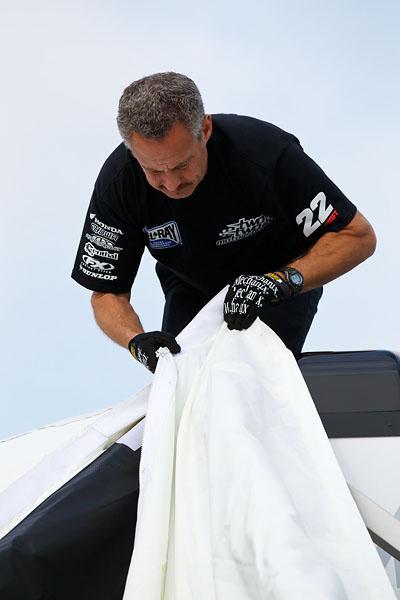 Osterman and Reed have been together for a short period of time in comparsion to others like Dungey, Stewart, and Villopoto.
Photo: Simon Cudby

Dungey, Stewart, and Villopoto have been with their teams for years now, and they each have a crew that knows the details. You guys are new to working together, but it seems to be working well. What are some of the issues you’ve had?
The reality is there are four to five guys who can win right now, and we are one of them. There is an iceberg out there, and we just want to make sure we don’t hit it. The other guys have danced with their respective teams before and know the drill and we’re still sorting through it. We all made some big, life-changing decisions to come to this team. Lars and Doug came on from factory programs, which are generally very safe jobs, and they took a big risk. But Chad is an accomplished guy. He knows the drill and what to do. He is articulate and is on a mission this year to win, and we just managed to get the right people for the job. It really makes the difference. My role here, it’s basically like a parent, a guardian. I’m just looking out to make sure everything is done right.

How did the rest of the team come together? Did you do the hiring?
Chad did it all. Chad and his management were talking for a while about it. I knew what was going on and basically signed up because I believed in Chad fully. But I have to give credit to the entire staff - I don’t have to babysit anyone here. The whole team was handpicked from other factory teams and consists of Lars Lindstrom, Doug Bourbin, and Shane Westlotorn. Chad has a good feel for the people. We also have Joel [Beuler], his bus driver, and his practice mechanic Mike, who lives back in Florida. Those guys have been with him a long time and are certainly part of the team as well. I think the length of time that Chad has kept his people around says something about his character. Creating a team from scratch is a daunting task, but we have the rider and found the crew.

Do you consider the team a privateer or factory team?
For me, we’re a privateer team. Sure, we get a few bits and bobs from our friends, but we have to pay for them all. Our unobtainable list is very shallow. Honda is helping us, but the bike Chad is riding is nothing close to what Canard is riding. Our motor is 100 percent Pro Circuit and is something that anyone can buy. But in reality, those special parts that we have, they’re basically only things that maybe only four to five people in the world can use, and those guys are right now all in the top five. But the bottom line is, of all the top bikes that are up there, ours is the closest to production. We basically have everything we need, from the truck to the shop to whatever parts. We don’t have money like, say, factory Honda, but we are in good shape. Chad has had the best equipment and knows what works for him. 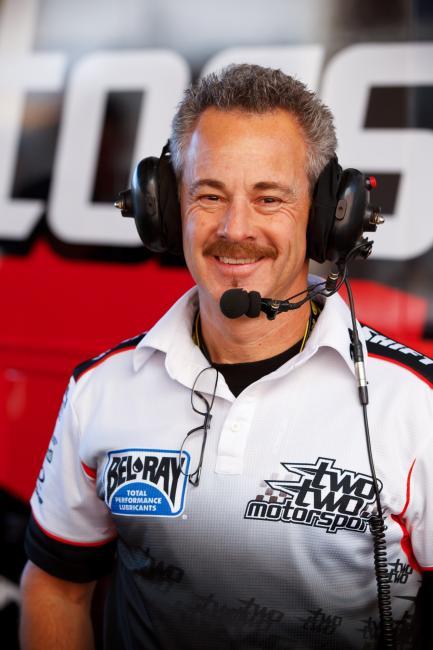 Osterman is confident in the future of TwoTwo Motorsports.
Photo: Simon Cudby

What about the future of the team?
We’re making steady steps here. Some people ask about a second rider or whatever, but it’s all down the road. This is a stepping-stone. Its Chad’s team, it’s at his discretion, and right now we have a championship to win.

What has been the single biggest challenge?
Mainly getting Chad comfortable on the bike. Everything on our bike, you can buy. Our bike is good, though—we’re just making little tweaks here and there. Our guy is one of the elite. He is very articulate, so that helps things when we need to make changes or something isn’t working. Time has been a big issue as well. When you put in racing laps, then it’s real and you can see where you have issues, but we didn’t have much time leading up to those first racing laps.

How have you found the fans’ reaction to your program?
You know, with the fans, Chad has been a love-hate story – he has grown from a young man and is a father now with a kid and [is] a team owner. But overall, everyone has been real supportive of what we’re doing. We all had basically no holidays getting it ready. For us, it’s really important to not make any mistakes. At regular nine-to-five jobs, mistakes happen. But here, they can’t happen at all. It’s like a Broadway actor forgetting his lines. But I think Chad has a lot more in the tank. It’s not like he’s trying to recapture his career—he just had a bad season or two, and we’re staying consistent and have found ourselves in the hunt.

Before we go, I know you’ve been pretty active on some of the motocross message boards, but it seems like since you took this gig you’ve been absent. Do you have any messages you want to convey to the friendly pundits on the internet?
[laughs] You can’t look back! The biggest critic I have is our rider, and that’s all I care about right now. I’ve got enough guys here on our program giving me opinions every ten minutes, and they’re the ones I need to listen to. But I miss it, though. I miss the direct interaction with everyone and just kicking the tires about everything that goes on in the sport. But right now, I am completely focused on the task at hand.