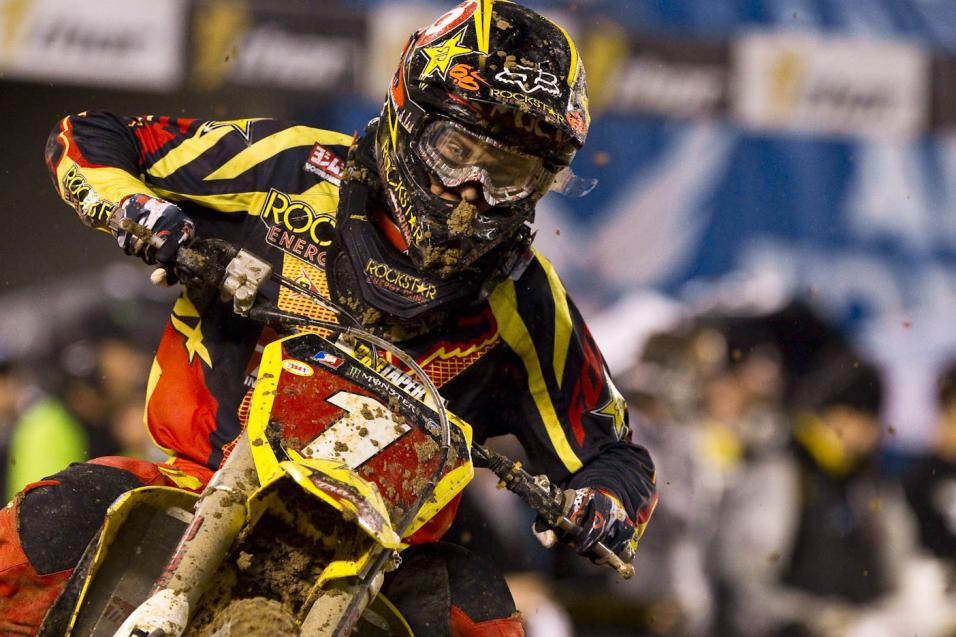 I’m sure you are the only person who can settle this. I’ll admit it: I’m one of the many girls that have fallen in love with Ryan Dungey. I have always thought he was cool and a nice guy. But this year he has really changed in my eyes. Even though he is not winning he still has a huge smile and says the right things. I met him at a dealer signing and he was super sweet and has amazing blue eyes.

The guys around me call it the “Justin Bieber effect;” girls love him and the guys just don’t understand.

I think it’s great for the sport. The girls that have to go to supercross with their brothers and dads now have a great reason to watch.

What do you think of all this?

Well, Joss, I’m not sure what you’re asking me here. What do I think about you being in love with Ryan Dungey? I think that’s fantastic. I mean, what’s not to love? He’s got amazing blue eyes, a pearly white smile and he smells terrific. Good for you; I’m happy you’ve found the right guy. I get it. But I also dream of having a moppy, comb-over hairdo and walk around singing One Less Lonely Girl when nobody is around. So, you know, I gots me some Beiber fever. I like Dungey. I like Beiber. And I like more girls at the races. Hope this makes you feel better about your crush.

I just watched two videos back to back. The first one was about Off-Road riders
in Wisconsin, the second was Weege and RC in Oakland. The riders in Wisconsin were talking about a lifetime of riding and racing with their families and friends,
about how it's in their blood etc, etc. RC was talking about how his riding days
were over. Now I understand that these ex-pros don't want to show up at some
local event and bash bars with the vets, but don't they miss just hanging with
their buddies and riding? Or are they so burnt out from being immersed in the
sport for so long they just lost interest and it's not fun anymore?

I’m always surprised to hear that some heroes of the sport very rarely throw a leg over a bike anymore. You would think that they would go out and enjoy riding for fun, like they did when they were kids. But for many of them, their own competitive nature ruins it for them. Johnny O’Mara told me a couple years ago that he just gets mad because he knows how fast he should be able to go and if he can’t do it then he would rather not ride at all. Some guys want to be remembered as they were in their heyday, and showing up at a track with love handles, arm pump and intermediate speed would spoil that. I don’t know what the big deal is…that’s just any old day at the track for me. But there are still a few guys that love the sport and will always ride. McGrath, Wardy, RJ, Lechien, Mike Bell and Danny LaPorte are just a few off the top of my head that always show up at fun events and races. What about Malcolm Smith? That dude is getting old and he still shows up and rips. I love it. Something tells me that RC still fires up his old 2-stroke 250 and burns a few laps back in the woods with his buddies in Tallahassee. Something also tells me that he’s been following that up with a huge meal at Sonny’s Pit Barbeque on a regular basis. I know the camera adds ten pounds but, come on…how many cameras were on him during the last SPEED broadcast?