The South African was making his Supercross debut appearance and after qualifying fastest in both his group qualification sessions he looked determined to mix it up with a talented pool of American racers.  ‘Swanie’s’ night was cut short when he crashed in the whoops with 1 and a half laps to go, while in a qualifying position in his heat race.  The crash was minor however Swanepoel was hit directly by another rider who could not avoid him and the impact was quite severe also fracturing several ‘process bones’ which form part of the vertabra.

“Luckily the injury is not as bad as it sounds and the doc says I should be cleared to ride after another check up in four weeks.  The T12 compression was very slight so no worries there and the little ‘process wings’ should grow back.   Watching the video, it was a stupid crash but Bagget unfortunately had committed in the whoops and had nowhere to go and hit me square on.  Even watching it now it knocks the wind out of me.   I really enjoy riding supercross and can’t wait to get back on the track again.  Injuries are a part of our sport so my focuss will be to get healthy and ready to race.” vowed the optimistic South African. 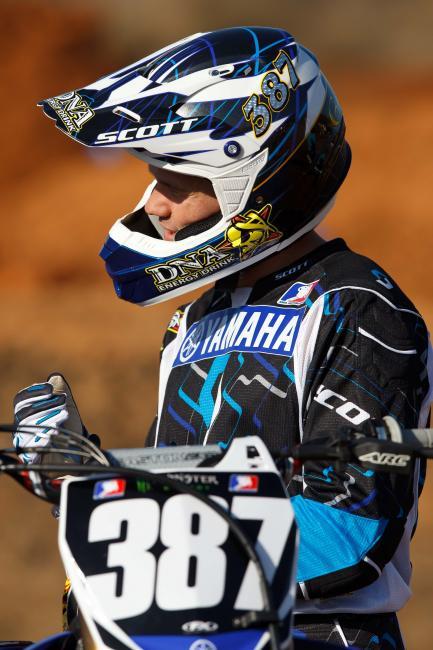