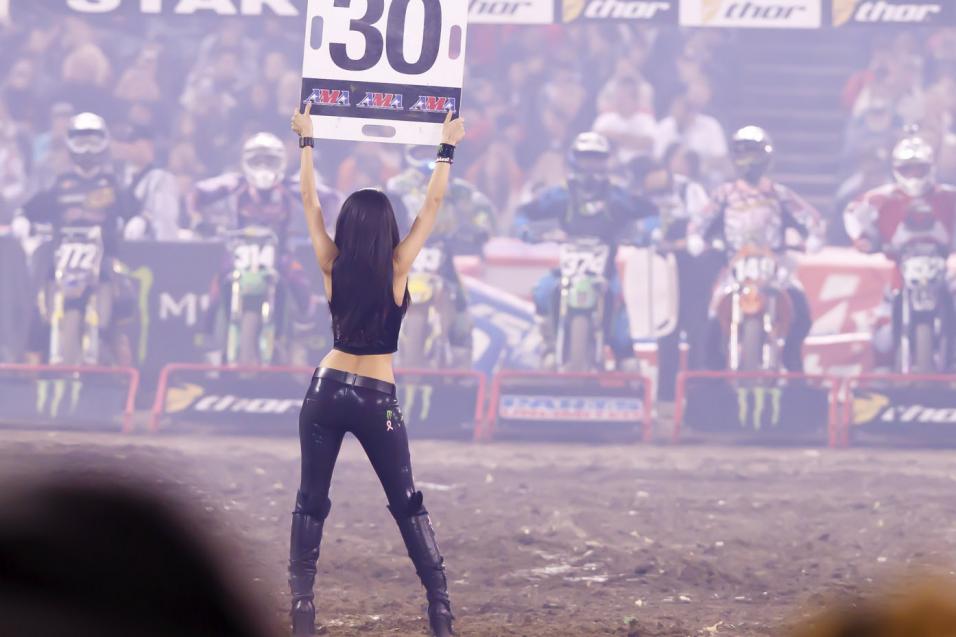 Round 5 of Monster Energy Supercross from Anaheim was far and away the least competitive race thus far in the season, as James Stewart took the holeshot and never looked back.  Thankfully the Lites class provided some great bar-to-bar action as Josh Hansen battled young guns Eli Tomac and Ken Roczen all the way to the finish.  But enough about the race, let’s get to the lap charts brought to you by Motion Pro.

James Stewart was hotter than Texas pistol at Anaheim. Using a un-real quad-quad line through the first rhythm section, Stewart was able to jump on the field early and absolutely blitzed the track at A2 en route to his second consecutive victory. Stewart also managed to set the fastest lap of the night with a 56.049 on his fifth lap and put the cherry on top by taking home best Avg. Lap Time by averging 57.391 a lap. 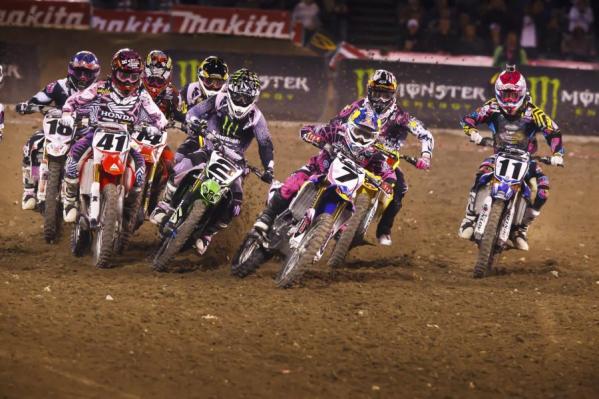 Stewart blitzed the field at A2, and picked up the fastest lap of the night.
Photo: Simon Cudby

It seems as if JGR's Justin Brayton has finally shook off the "King of the Heats" label and put together his finest race of the season thus far, finishing fourth. Brayton also had the fifth fastest lap of the night with a 57.653. If Brayton can carry the momentum of A2 with him the rest of the season we may just have found someone to crash the Big Five party.

Also, check out Trey Canard logging his best on lap 18.

GEICO Honda's young rookie Eli Tomac seems to be getting better and better with each passing week. He led for a brief moment in Oakland and then battled veteran Josh Hansen to the wire at Anaheim. Did we mention he also set the fastest lap of the night with a 57.670? 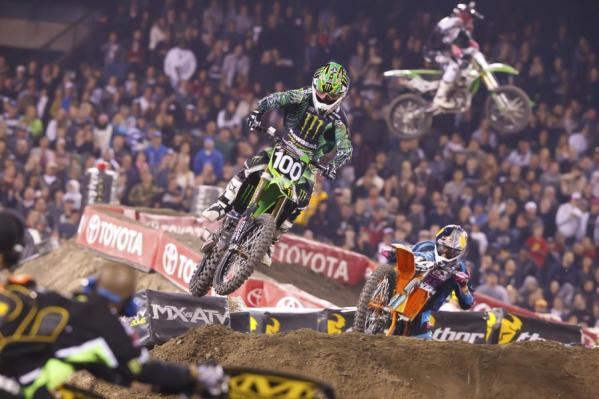 Hansen overcame a broken hand to pick up the win at A2.
Photo: Simon Cudby

What a gutsy effort Hansen put in at A2. Broken hand and all, Hansen was still able to hold off furious charges from Tomac and Ken Roczen to grab the win and extend his points lead. While he was clipped by Tomac for fastest lap, he still managed to secure the second fastest lap of the night with a 57.898

Privateer Jake Canada is quietly putting together a solid season in 2011. Having made the main at every race entered, Canada is slowly finding his SX feet and continues to improve each week.  This week he managed to put in the ninth fastest lap of the night with a 59.753. If Canada can continue to improve he may find himself with a top-10 finish when the West series returns in San Diego.