AURORA, Ill – The 2011 Monster Energy AMA Supercross, an FIM World Championship, heads east this weekend as it visits Houston’s Reliant Stadium for the sixth race of the season. Last weekend in Anaheim, San Manuel Yamaha’s James Stewart led the field from start to finish, registering his third Supercross class victory of the season. The Western Regional Supercross Lites class will take a short one-week break as Pro Circuit/Monster Energy/Kawasaki’s Josh Hansen controls the points lead in the division after a well-deserved win, marking the third of the season.

Media day will be held Thursday, February 10 from Noon – 2:00 p.m. in the Reliant Stadium Press Box at Reliant Stadium. Riders in attendance will be available for interviews and will ride the track for the media.

Stewart opened the main event last weekend in Anaheim by capturing his second holeshot of the season. Stewart held a consistent four second lead through all 20 laps over second place finisher and Monster Energy Kawasaki’s Ryan Villopoto to dial in his 40th Supercross class career victory. 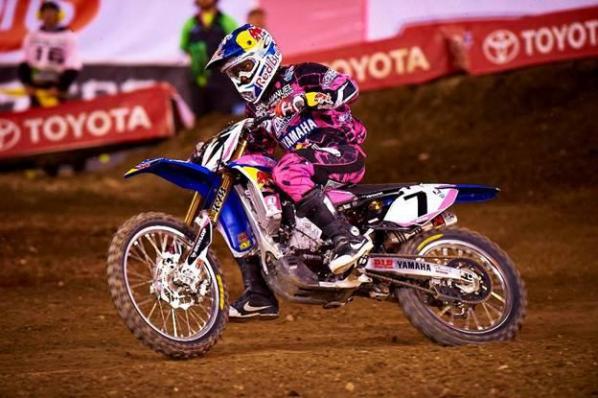 “Tonight was great,” said Stewart. “I had a great heat race and the Yamaha pulled a great start. The track was tough and I think the skills really came into play. I just rode 20 good laps, I’m feeling comfortable on the motorcycle and the good part about it is we haven’t changed anything on it since Anaheim 1. The bike was just fantastic tonight.”

“It was nice to get out in front seeing where guys are strong and where I need to work,” said Reed.  “Weeks prior to this, I felt I didn’t have the rhythm nor the comfort to push it to that level. I feel I gained a lot [of comfort] racing tonight and feel we as a team gained some necessary improvement. Everything at this level helps, and we took a leap forward with knowing where I need to be stronger.” 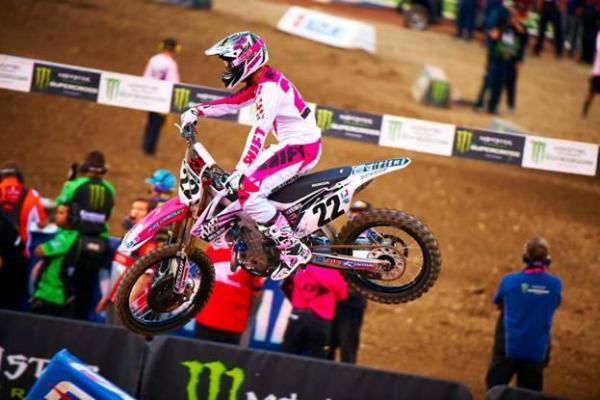 Defending 2010 supercross champion and Rockstar Makita Suzuki’s Ryan Dungey started the race mid-pack, but was forced to pull off the track late on lap seven as a result of a derailed bike chain. With a DNF, Dungey lost his third place spot to Reed and now sits in fifth place with 79 points, 38 behind leader Stewart.

As the Western Regional Supercross Lites class takes a week off, Hansen still sits in front with a well deserved eight point lead over his Pro Circuit/Monster Energy/Kawasaki teammate Broc Tickle. Tickle sat one point behind Hansen heading into Anaheim, but a fourth place finish hindered his ability to gain control of the lead.

“It was one of the roughest races for me yet,” said Hansen. “I stuck it out and did what I had to do, and I’m really thankful to be able to ride tonight. I really felt good and I want to stay consistent and do everything I can to win. Tomac and Roczen are good riders, they pushed hard, and these are those kids you can’t count out. They are the next generation of the sport.” 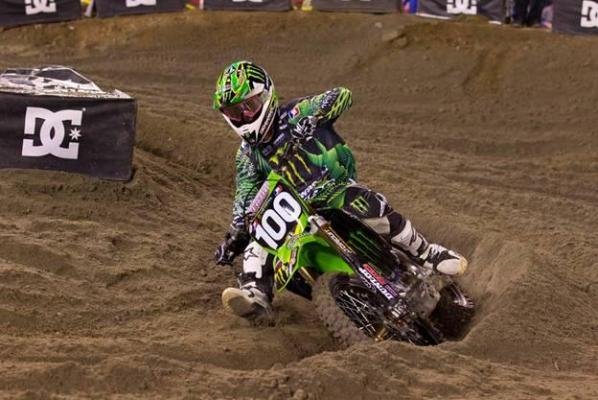 Since 1974 Houston has been on the Supercross class schedule. From 1974-2002 the Houston Astrodome served as host to the race before the race was moved to Reliant Stadium in 2003. The first Supercross class race in Houston was on March 15, 1974 where Jim Pomeroy earned the win. In the Supercross Lites competition, Eddie Warren won the first race held in Houston on April 20, 1985. Jeremy McGrath, the all-time winningest supercross rider, shares the all-time win record along with Mark Barnett with five.

Tickets are available at the Reliant Stadium Box Office, SupercrossOnline.com, all Ticketmaster retail locations, charge by phone at (800) 745-3000, or online at www.ticketmaster.com. Practice and qualifying begins at 12:30 p.m., and the main event begins at 7:00 p.m. Club Level tickets are available for $40 Adult/Child; Gold Circle $30 Adult/Child; Mid-Level $20 Adult/Child; Treadhead $10 Adult/Child. Fans can also get into the Pits for FREE from 12:30 – 6 PM Race Day when they recycle a MONSTER Energy Can at the stadium Pit Entrance (valid only with event ticket).