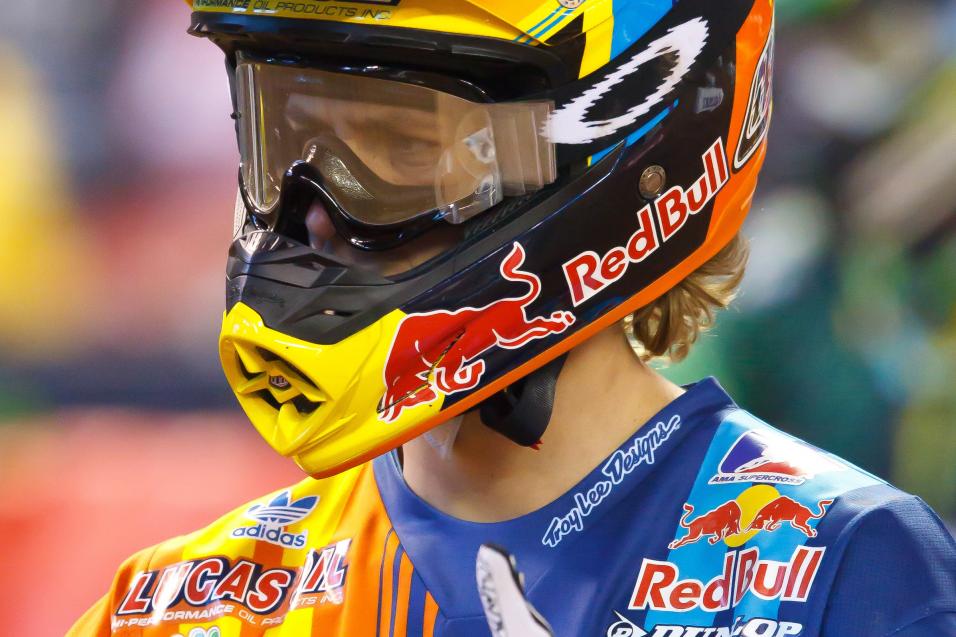 Advertisement | Advertise with Us
Anaheim, CA Anaheim 2 (A2) Monster Energy AMA Supercross Championship
Tyla Rattray - Back
Comment: Direct from Tyla's Twitter feed (2/5/11). @tylarattray: On my way to A2. Soooo bummed I'm not racing!! My back is killing me from the crash at press day.


Jimmy Albertson – Knee
Comment: Albertson crashed on the third lap of his second qualifying session and caught his leg under the bike. It was initially thought that he broke his leg, but X Rays showed no broken bones.

Michael Byrne – Wrist
Comment: The new BTOSports.com/BBMX Suzuki pilot suffered a Lunate dislocation of his right wrist at the Bercy SX back in November, which required surgery. He was released by the doctor last week and started riding on Monday. His team manager told us to look for him to return at the opening East Coast round in Houston.


Matt Goerke – Ankle
Comment: The TiLube rider injured his ankle while preparing for Anaheim 1. Goerke's doctor said it should be a speedy recovery.

Josh Grant - Knee
Comment: Josh underwent arthroscopic surgery to repair the damage he sustained at Phoenix and preliminary reports are that he'll return to racing in a few weeks.

Wil Hahn – Back
Comment: Hahn during the first practice session at Anaheim 1 and landed on his back. Hahn suffered a compression fracture of his T-5 vertebra. It’ll be a few months before Hahn can resume his training routine. He hopes to be back to racing when the West Region Lites Series resumes from a break in April.

Jake Moss – Shoulder
Comment: Initial reports are that Moss suffered a shoulder injury after crashing at the Dortmund SX earlier this month. He was originally scheduled to fill in for the injured Jake Weimer on the Monster Energy Kawasaki team.

Marvin Musquin - Knee
The 2009 and 2010 MX2 Champion was slated to make his SX debut this season, but a torn ACL suffered at the Bercy SX ended those hopes. He will be back for the AMA Motocross Championship this summer.

Jake Weimer – Arm
Comment: Suffered a broken arm prior to Anaheim 1. He is expected to return later this season. Update, direct from Jake's Twitter feed (2/5/11) @jakeweimer32: Everything is good. Dr. Again tues RT @dougpill: @jakeweimer32 looking forward to seeing you line up soon.  How is the recovery/rehab coming?

News from the track at Anaheim 2:

Tyla Rattray: Bad back from press day on Thursday, not going to be able to race tonight.

Tommy Hahn: Tested sore shoulder on Thursday, not able to race tonight, hopes to be back for Houston next weekend.