The team burst into Anaheim aboard Kawasaki KXF 450’s and the latest team addition Ivan Tedesco pulled the holeshot and lead the race, eventually finishing 7th, Chris Blose returned to action and the team has also added Josh Hill who is focused on getting back to speed and plans to return to racing later in the season.

In addition to the official team products, team owner Carey Hart has collaborated with ONE to introduce a new signature series of Defcon racewear and Trooper 2 helmet coming this spring.  Look for updates on all of the new ONE Industries/Hart & Huntington products in February.

Check out the team video here

For more information about ONE Industries and to check out the complete line of products go to www.oneindustries.com 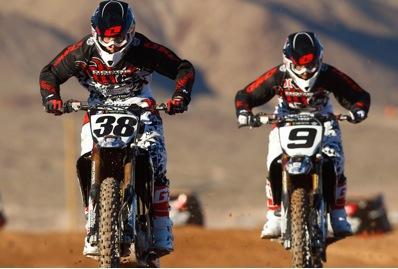