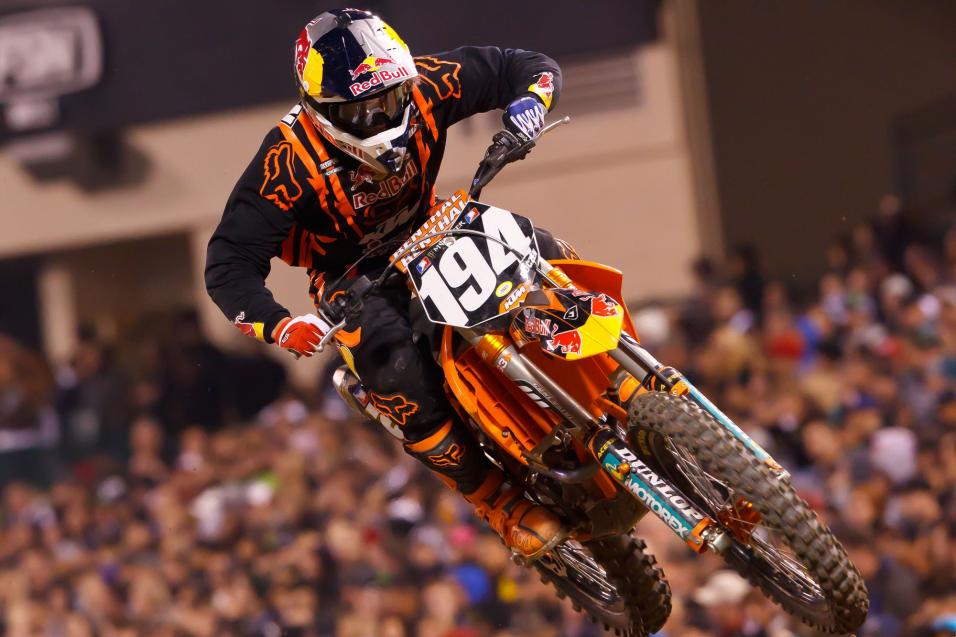 You already know who won the races. Each week, Sunline's 250 Words gives you a different look at a different story in the 250 class:

“We’ll see.” Those two words have concluded many a bench racing session in the last few months, and as A1 drew near, the amount of question marks surrounding the upcoming season were endless. One of those question marks was positioned directly over the head of 16-year-old Ken Roczen of Germany. 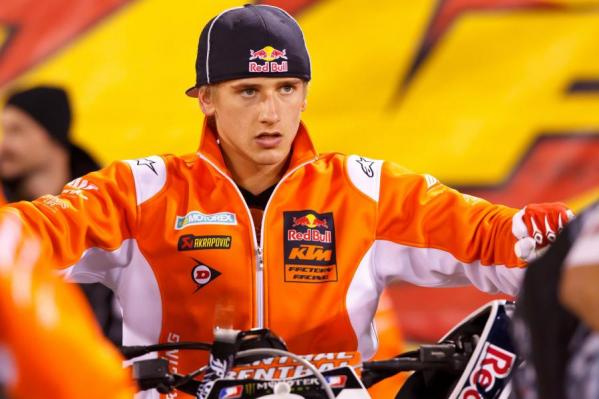 Aside from a few internet videos and an outstanding performance at the MXoN, American fans have little experience with Roczen’s speed. That would change in a hurry when the Lites class rolled out for the first practice sessions of the year in Anaheim. Roczen spent free practice eyeballing obstacles, rolling jumps, and experimenting with different lines, but when it was time for the first timed practice, he went out and nailed down the fastest qualifying lap in the first AMA Supercross qualifying session of his life. The performance shot him to the top of the radar in Angels Stadium, but unfortunately, Roczen crashed hard going into the whoops in his final practice session, bruising his left leg bad enough to cause him to walk with a pronounced limp for the rest of the night. When the main event rolled around, a banged up Roczen rode tight, and was unable to challenge for the win. He finished the night with a respectable seventh.

How much did Roczen’s bruised leg affect his performance in the main? Will it continue to affect him in the upcoming rounds? Was his blazing qualifying speed at A1 a fluke? Next week in Phoenix, we’ll see.