“We couldn’t have asked for a better group of talented riders to represent DC at Supercross this season,” said Brian Cassaro, DC’s Action Sports Marketing Director. “It’s going to be really fun to follow this elite team through-out the season and get to celebrate their successes with them.”

As part of their first event on the DC Moto Team, Ian, Martin and Ryan came out to DC’s 2nd Annual Moto Team Ride day last month where they rode at the DC Moto TF at the Pala Raceway with some of the best motocross athletes in the world including Jeremy McGrath, Robbie Maddison, Travis Pastrana and Nate Adams. 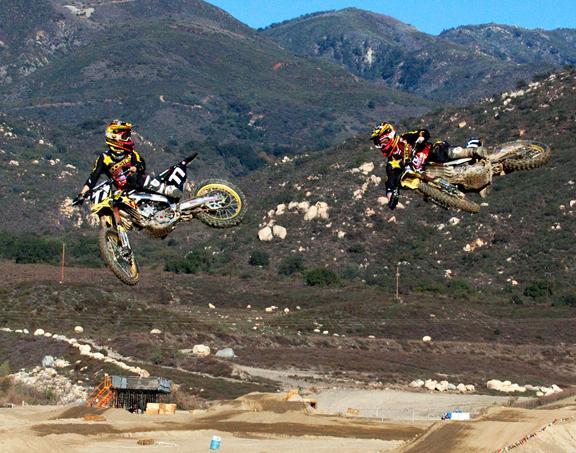 “Everyone with the Rockstar Energy Suzuki team is so pumped on this new partnership with DC,” said Team Manager, Bobby Hewitt. “The guys are really excited to be a part of DC’s team of elite athletes and represent DC by wearing their footwear.”

Look for the team to kick off 2011 with the Monster Energy AMA Supercross season opener this Saturday, January 8th in Anaheim, CA. Keep up with the DC Moto team and all the latest news at http://www.dcshoes.com and on DC’s Facebook pages, including the new DC Moto page, HERE and HERE.


About DC
Founded by Ken Block and Damon Way in 1993, DC quickly grew to a leader in performance skateboarding shoes and renowned action sports brand. Today DC stands as a global brand whose product line has expanded to include men’s, women’s and kids’ skateboarding and lifestyle shoes, apparel, snowboards, snowboard boots, outerwear, and accessories.

As one of the cornerstones of its marketing strategy, DC has built a world-class team of professional skateboarding, snowboarding, surfing, BMX, motocross and rally athletes that exemplify and enhance DC’s brand, develop its signature products, and support its promotional efforts. DC is a subsidiary of Quiksilver, Inc.
Read Now
September 2021 Issue Now Available