Adidas represents a blend of performance enhancing athletic footwear and apparel as well as relevant street style. Teaming up with Troy Lee Designs, the leader and supplier of equipment to the world's fastest motocross racers is a natural fit. Adidas will begin to support the efforts of Troy Lee's top racers in achieving their goals from preparation through competition.

Adidas has been in the skateboarding scene since 1974, when the first skate shoe, the Superskate was introduced. Over the past 5 years, the adidas Skateboarding business has grown exponentially, with an expanding team and growth in global sales. The product Troy Lee teams will be wearing on its crew is all from the Adidas Skateboarding 2011 range. Troy Lee racers and support crew will be wearing footwear and apparel for training both on and off the track.

Troy Lee Designs Director of Marketing, Shawn Norfolk said "This partnership makes a lot of sense for both of our brands. Adidas will be a part of our athletes from training and preparation, all the way through race day. We're excited that Adidas is a part of our racing efforts." 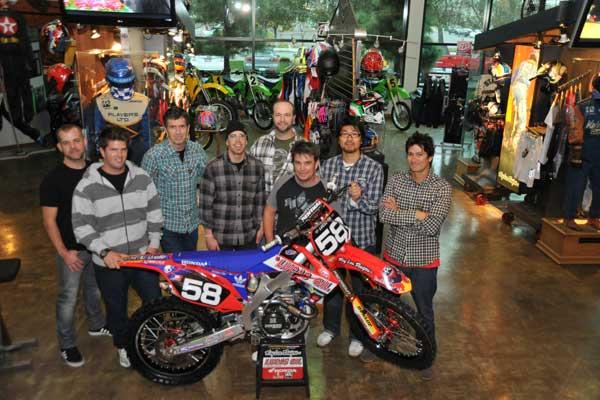